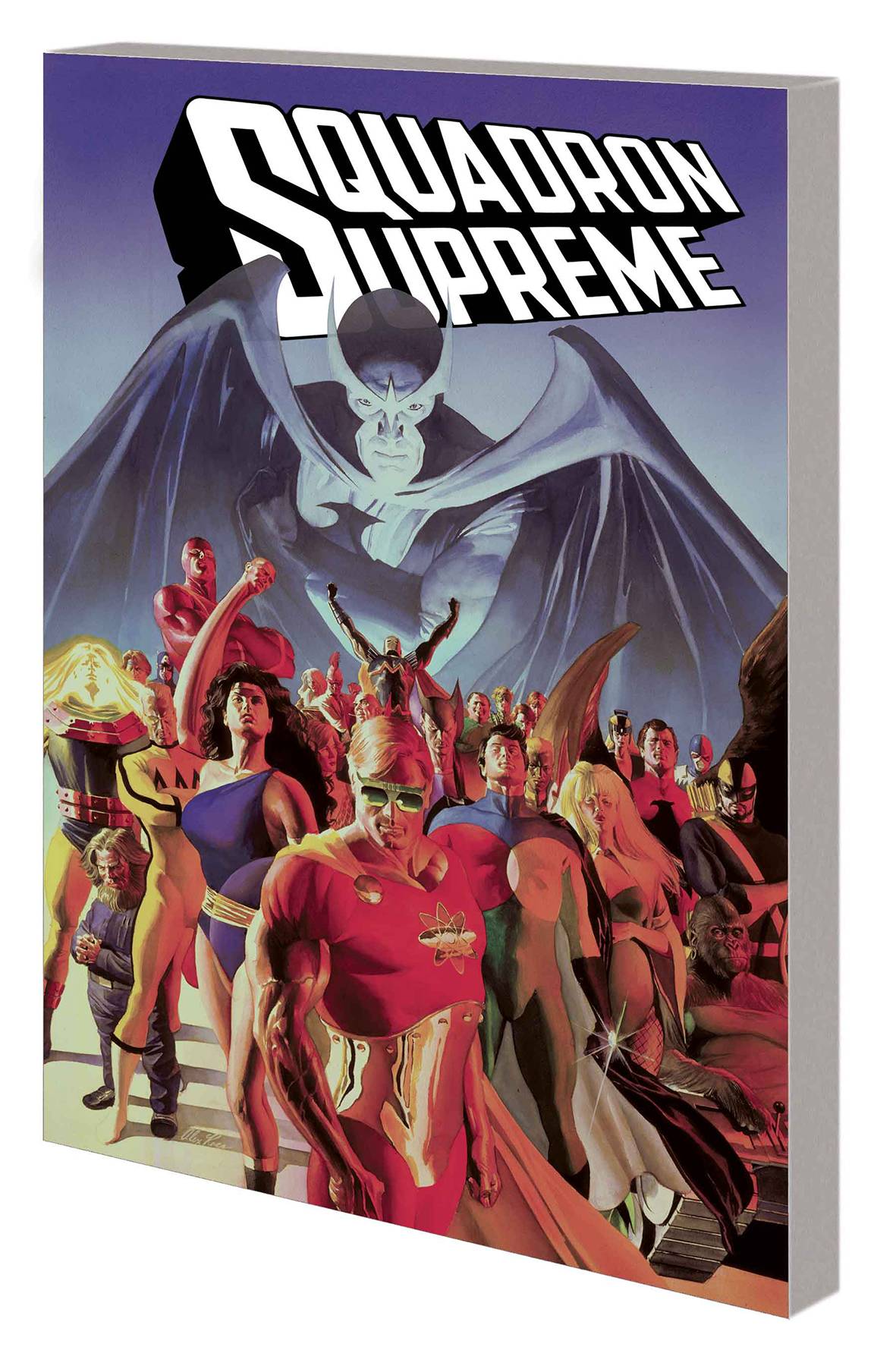 #
FEB210700
(W) Mark Gruenwald (A) Bob Hall, More (CA) Alex Ross
Another Earth's mightiest heroes! On a world much like our own, that planet's greatest superhuman champions are confronted by a society in ruins. Faced with the possibility of a new dark age for mankind, they choose the only course available to them - and take control of the world's governments themselves! Now they have one year in which to completely restructure human society. Can their plan succeed? Will a renegade member bring about their downfall? And what will happen when this Earth's mightiest heroes find themselves becoming its all-powerful, totalitarian overlords instead? Before Watchmen, before MARVELS, before Kingdom Come - there was Squadron Supreme, a deconstructionist parable of the super hero paradigm in a real-world setting considered by many to be the late Mark Gruenwald's finest work. Collecting SQUADRON SUPREME (1985) #1-12 and CAPTAIN AMERICA (1968) #314.