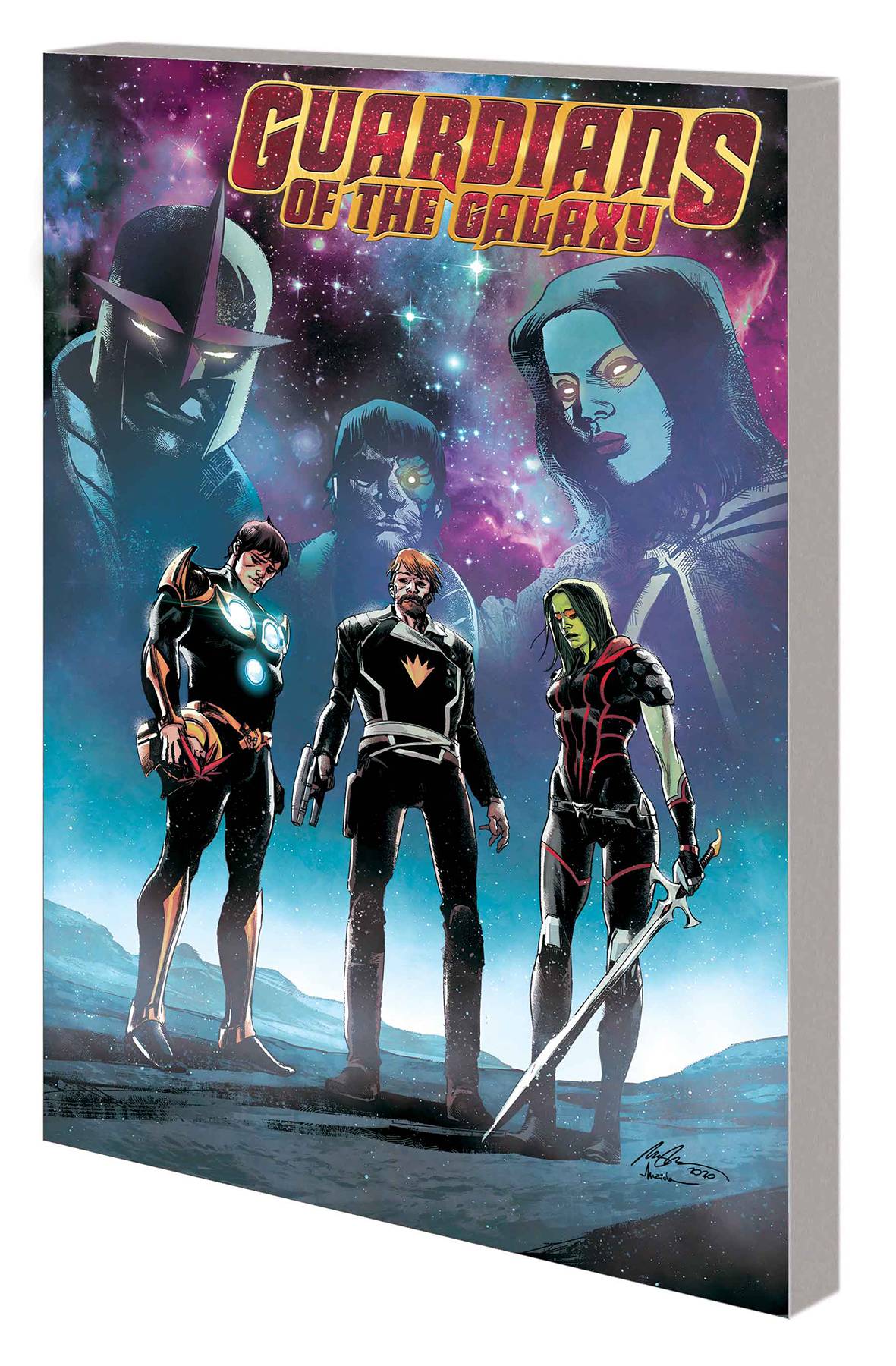 #
FEB210689
(W) Al Ewing (A) Marcio Takara, Juan Cabal (CA) Rafael Albuquerque
The new age of space is here! In the wake of EMPYRE, the political map of the galaxy is being radically redrawn - and now it's time for a nice, peaceful diplomatic conference. As the ambassador for the Utopian Kree, Marvel Boy makes a solemn promise to be on his best behavior. So how come his fellow diplomats are being murdered one by one - and it looks like he's the killer? Meanwhile, everyone thinks Peter Quill is dead. Instead, he journeys through a mythic world on the other side of reality. But is he still Quill - or is he the legendary Star-Lord? Plus: Knull and his symbiote dragons target Spartax, and the Guardians cannot save it alone! And the Olympian gods return to our universe - but they're taking their exile very personally! Collecting GUARDIANS OF THE GALAXY (2020) #6-12.