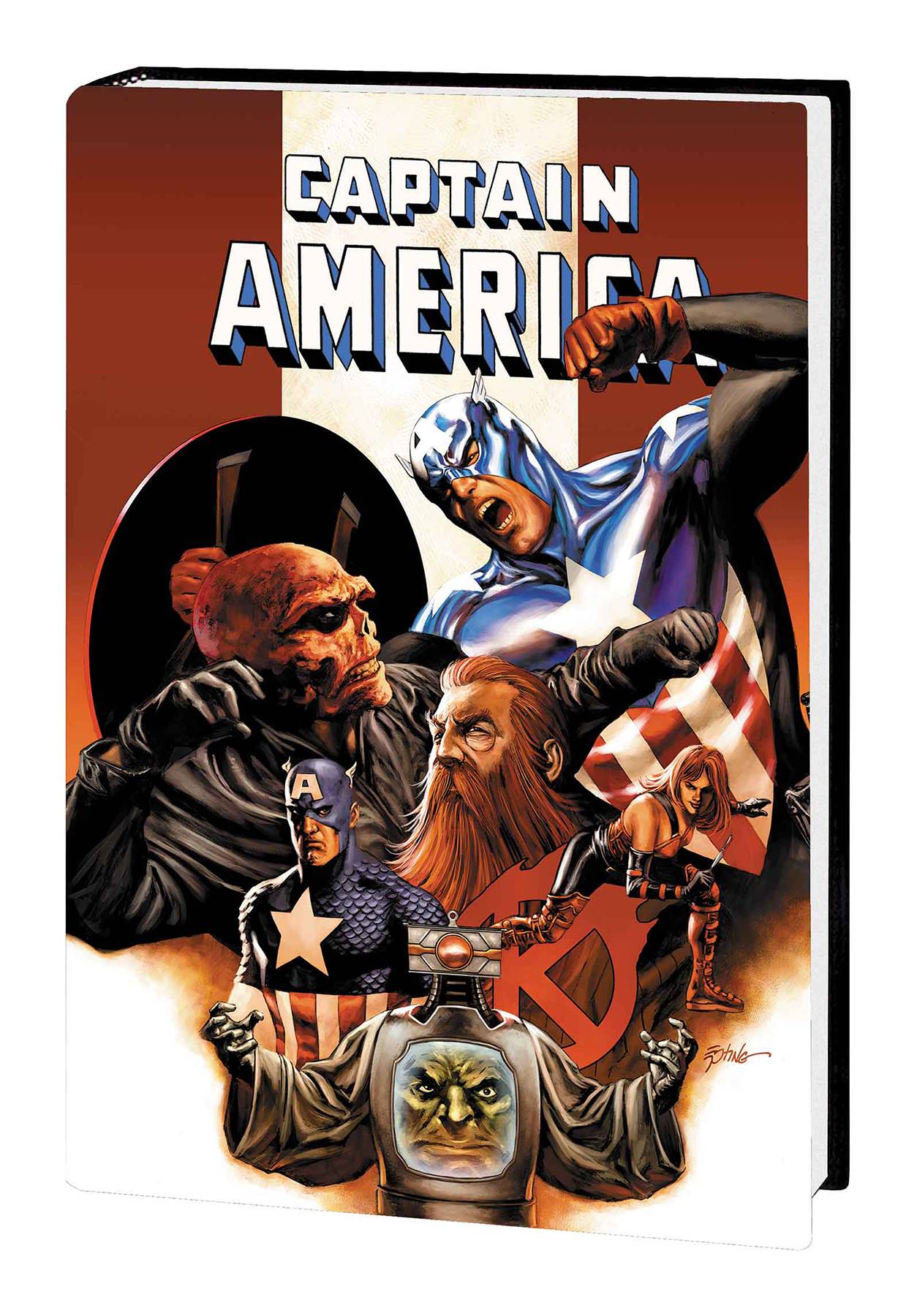 #
FEB210667
(W) Ed Brubaker (A) More (A/CA) Steve Epting
The story that stunned readers, sent shockwaves through the Marvel Universe and made headlines worldwide! Captain America has been assassinated! And now Sharon Carter, Bucky Barnes, Falcon, Black Widow and Iron Man come together in a desperate attempt to keep Cap's dream alive. But Steve Rogers' death was merely the first step in the Red Skull's wicked machinations. As the Skull's true plan kicks into motion and chaos takes hold of the United States, only one man stands in its way - but is he up to the task? Only recently known as the Winter Soldier, Bucky Barnes is called on to live up to the dream in ways he never imagined. Eisner Award-winning writer Ed Brubaker combines action, suspense and human drama in a saga that ties together all eras of the star-spangled Avenger's history! Collecting CAPTAIN AMERICA (2004) #25-42.