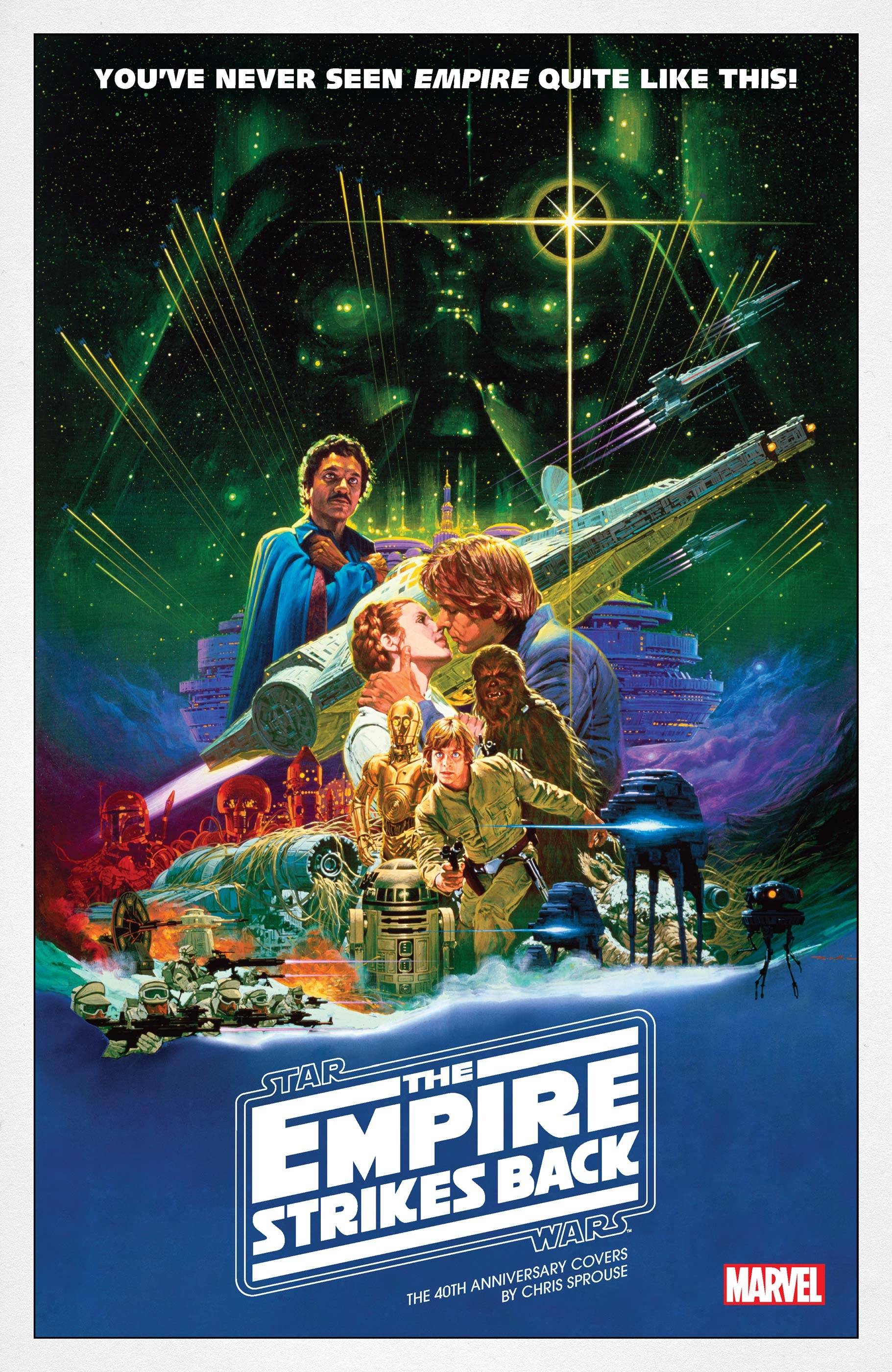 #
FEB210655
(W) Chris Sprouse (CA) Noriyoshi Ohari
You've never seen Empire quite like this! To celebrate the 40th anniversary of one of the all-time great cinematic sequels, Marvel asked enthusiastic artist Chris Sprouse (BLACK PANTHER, THORS) to retell The Empire Strikes Back in a stunning series of variant covers! Month by month, across multiple Star Wars series, the film's unforgettable moments played out through Sprouse's exquisite artwork. Now the whole story of the resurgent Empire targeting the Rebel Alliance's icy base on Hoth - and every momentous event that follows - is collected in a single celebratory issue! Bounty hunters target Han Solo! Luke Skywalker seeks out Jedi Master Yoda! Feelings run high between Han and Leia! And as the battle begins for Skywalker's soul, will his fear lead to anger, hate and the Dark Side?