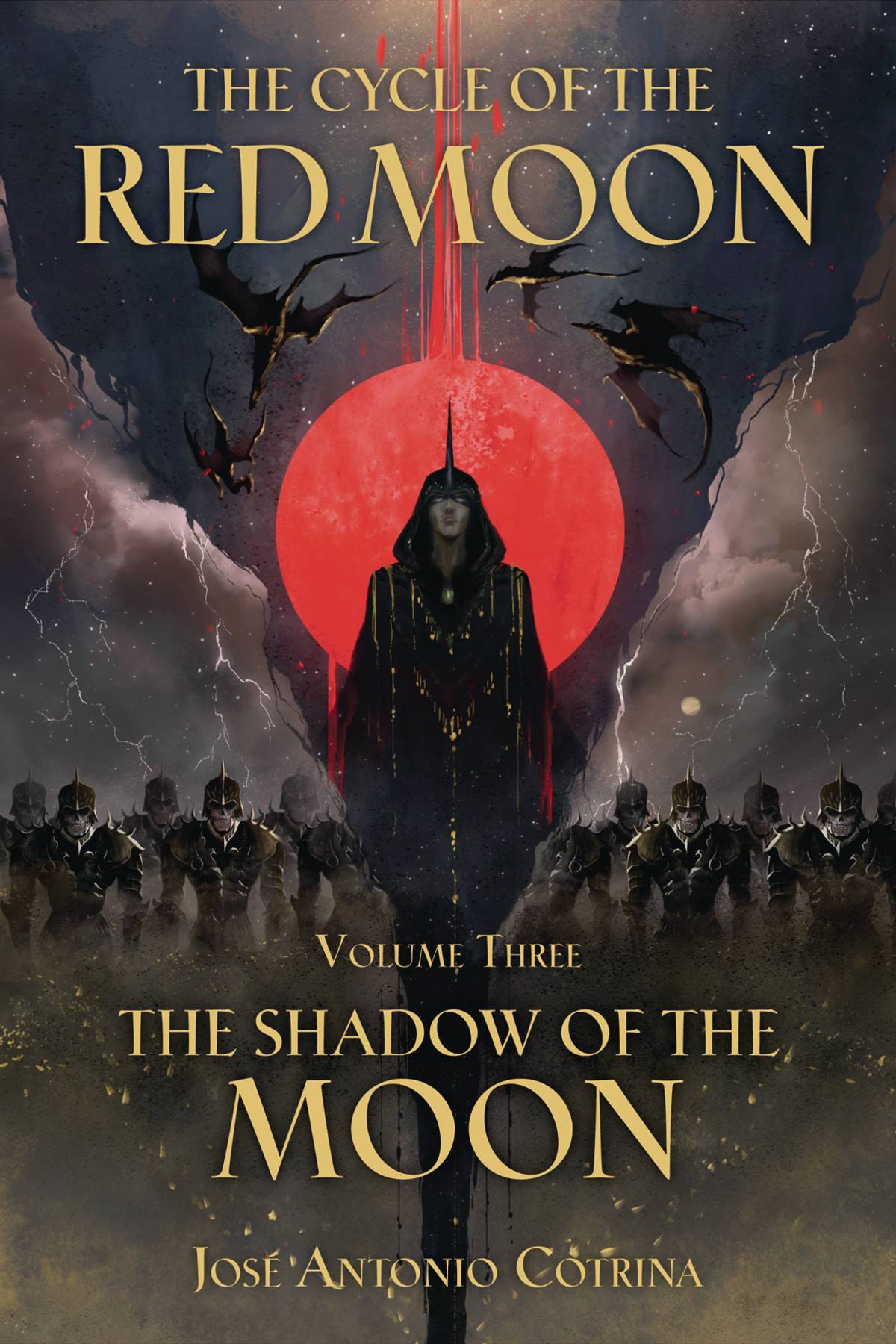 #
FEB210309
(W) Jose Antonio Cortina (CA) Fiona Hsieh
The thrilling conclusion to José Antonio Cotrina's fantasy trilogy shakes Rocavarancolia from East to West as ghosts of the past, creatures of the night, and powers that sleep awaken in the ultimate battle to change the destiny of the kingdom!
The Red Moon has finally come and its influence will be unleashed. The city's cruelty runs through the veins of the children of the Harvest-as some find the strength to fight the darkness within, others embrace the dark path laid before them. The price of magic will see great sacrifice-one that may cost the children their humanity. As the city succumbs to the Red Moon, the group comes face to face with the wrath of an ancient evil and the looming resurrection of another. The Harvest must unite for the future of the kingdom and bring an end to an era of death and destruction.
DIAP
In Shops: Sep 29, 2021
SRP: $14.99
View All Items In This Series
ORDER SUBSCRIBE WISH LIST