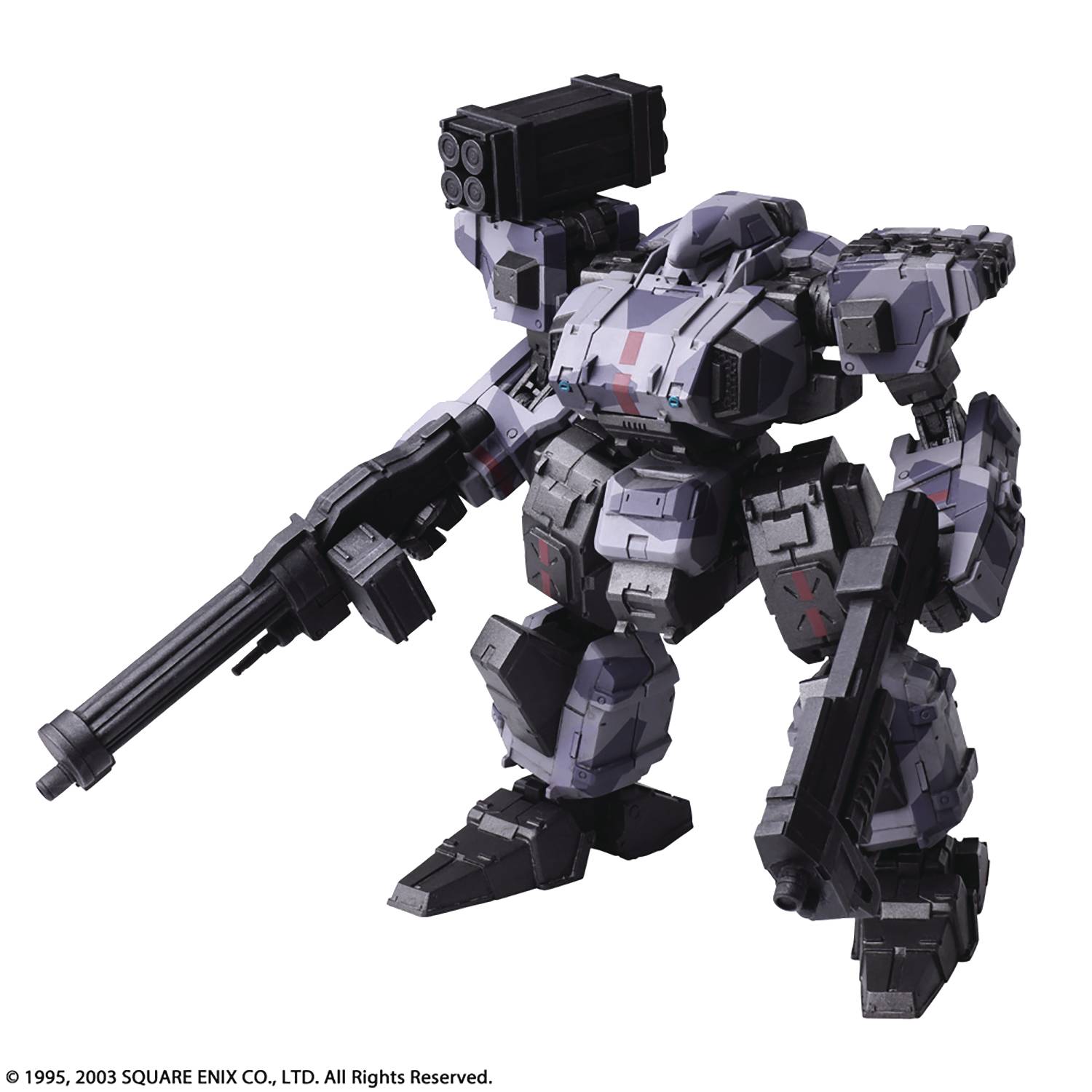 # # # #
FEB209086
From Square Enix. From the popular Front Mission series, we are pleased to present the Frost Urban Camo Variant Wander Arts figure! The sculpt design is based on the Blizzaia L model which appeared in Front Mission 4. The paintwork on this figure follows suit with the base body of the same unit in the series but retrofitted with Urban Camo parts. An impressive lineup of accessories includes a machine gun, shotgun, two rods, two anti-aircraft rockets, and two interchangeable wrist parts; there are also two head pieces: one from Front Mission and the other from Front Mission 4. Enjoy a wide range of customization just like in the game; you may swap the torso, arms and lower body with other Wanzers in this series, attach and remove the backpack, or switch between machine gun and shotgun. Additionally, there are a total of six hardpoints on the shoulders and arms, which allows for you to attach not only the enclosed Egret, but the shields and anti-aircraft rockets of the other various Wanzer models as well.