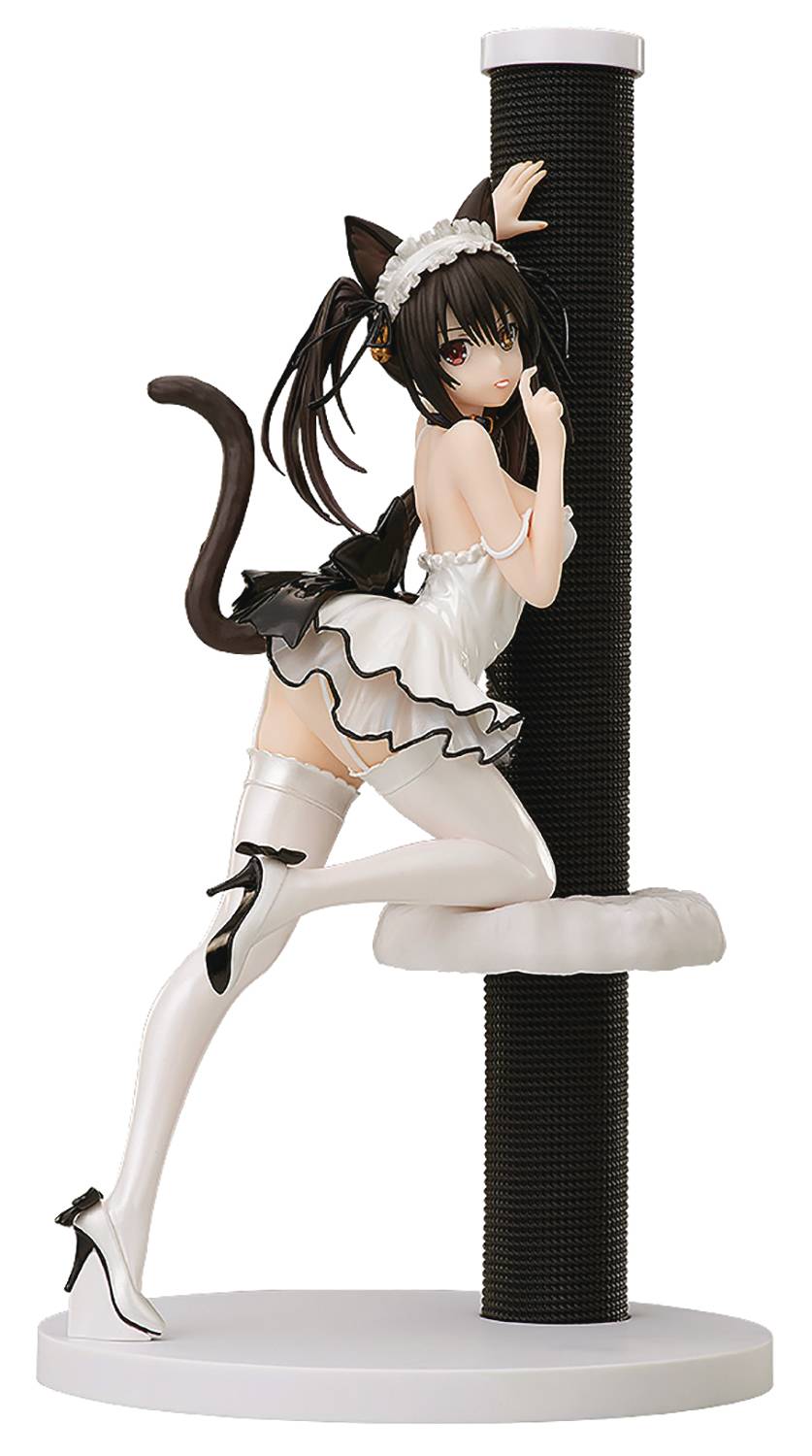 # # # #
FEB209047
From Kadokawa ASCII. Kurumi Tokisaki in her cat ears and lingerie, now in a lovely white color! A 1/7-scale figure of Kurumi Tokisaki in luxurious pearl white and black based on an illustration from the Tsunako Art Book -Converves- released on the 25th February 2016! The figure captures her cute expression and compelling gestures as she leans up against a cat tower, with the beautiful curves of her body and the way the garterbelt squeezes her skin preserved in intricate detail. The base of the figure is made to match the cat-eared illustration of Kurumi, including the cat tower from the original illustration.