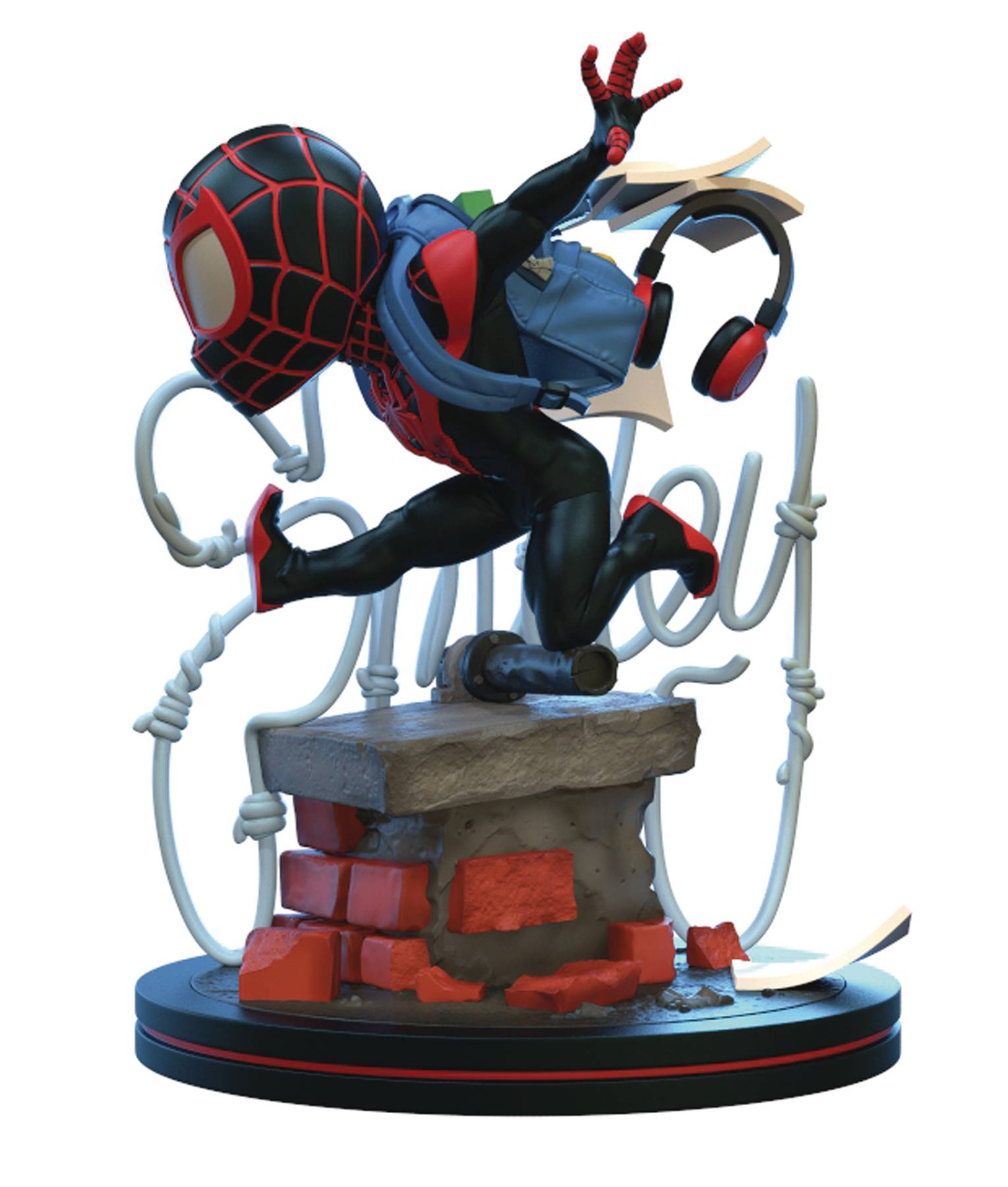 # # # # #
FEB208722
A New York City teenager is bitten by a genetically engineered spider, giving him superhuman powers and abilities. He decides to take on the mantle of Spider-Man and protect the city he loves, but this isn't Peter Parker. This is Ultimate Spider-Man, Miles Morales! Miles sprints across the rooftops of the city in Quantum Mechanix's Spider-Man: Miles Morales Q-Fig Elite Diorama, racing to stop would-be villains as his homework flies out of his backpack. Never far from his headphones, this Spider-Man can defeat Doc Ock all while listening to his favorite playlist. Miles definitely has his own style, evident in his darker costume and his parkour flair. The Q-Fig Elite Diorama captures Miles leaping from a building just as he uses his web-shooters to spell out "Spidey," in case anyone wasn't sure who saved the day. Inspired by the Marvel Spider-Verse comic books, the Miles Morales Q-Fig Elite Diorama is a feat of engineering and creativity never seen before in a Spider-Man collectible.
In Shops: Nov 11, 2020
SRP: $29.95