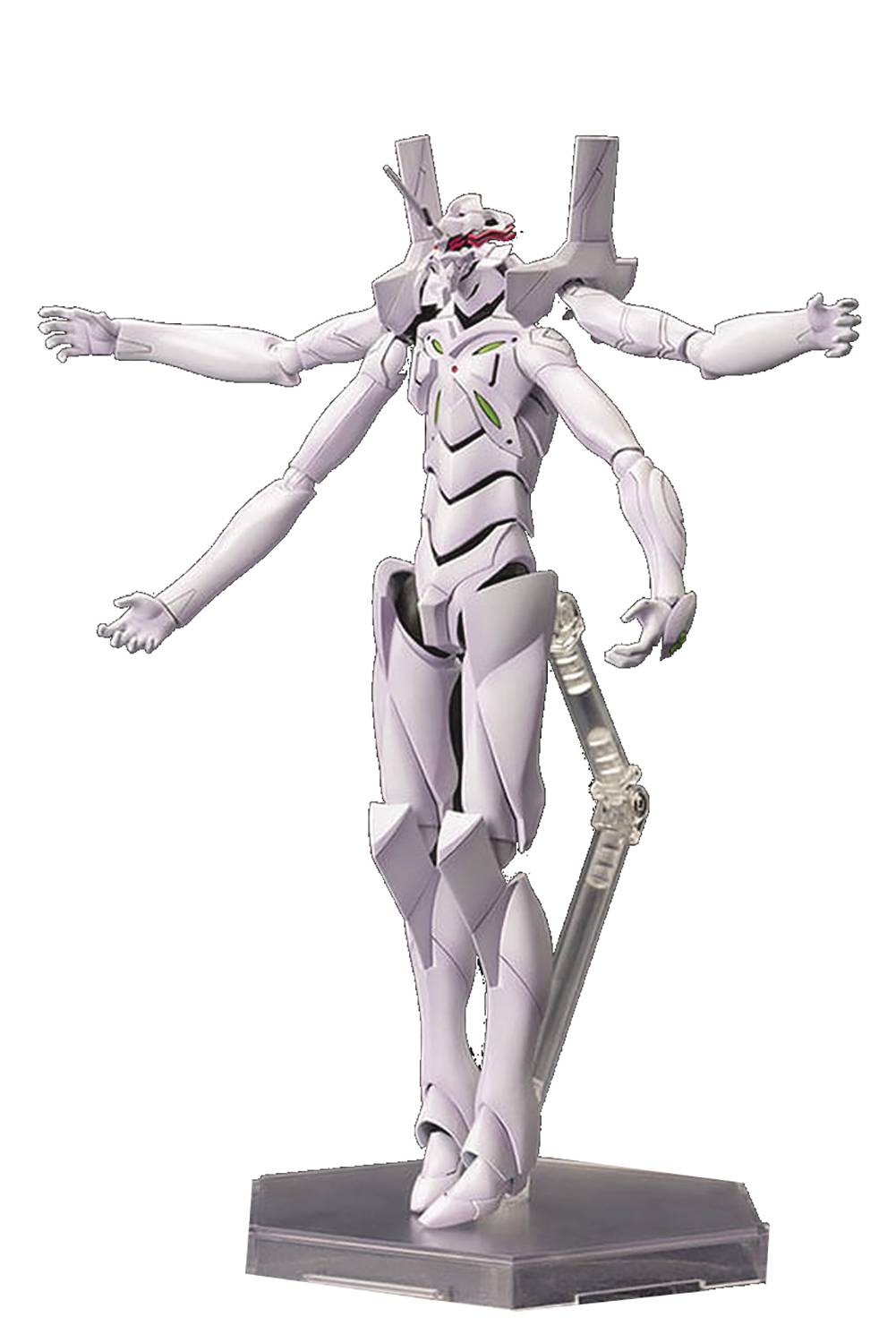 #
FEB208088
From Kotobukiya. Kotobukia brings you the next intricate plastic model kit from the Evangelion series, Evangelion No. 13 Giji-Shinka3! Appearing as a tall, lanky cyborg machine resembling the Unit-01, Giji-Shinka3 is the awakened form of Evangelion No. 13. It has a similar humanoid body with thin limbs, reinforced knees and chest, shoulder extensions, and horned head, but it adds to the alien look with four arms and a shocking white and black color scheme with some subtle red and green accents! Giji-Shinka3 comes with multiple interchangeable hand, weapon, and accessory parts including halos, tendrils, spears, and more. Evangelion No. 13 Giji-Shinka3 stands 7 1/2" tall in 1/400-scale.