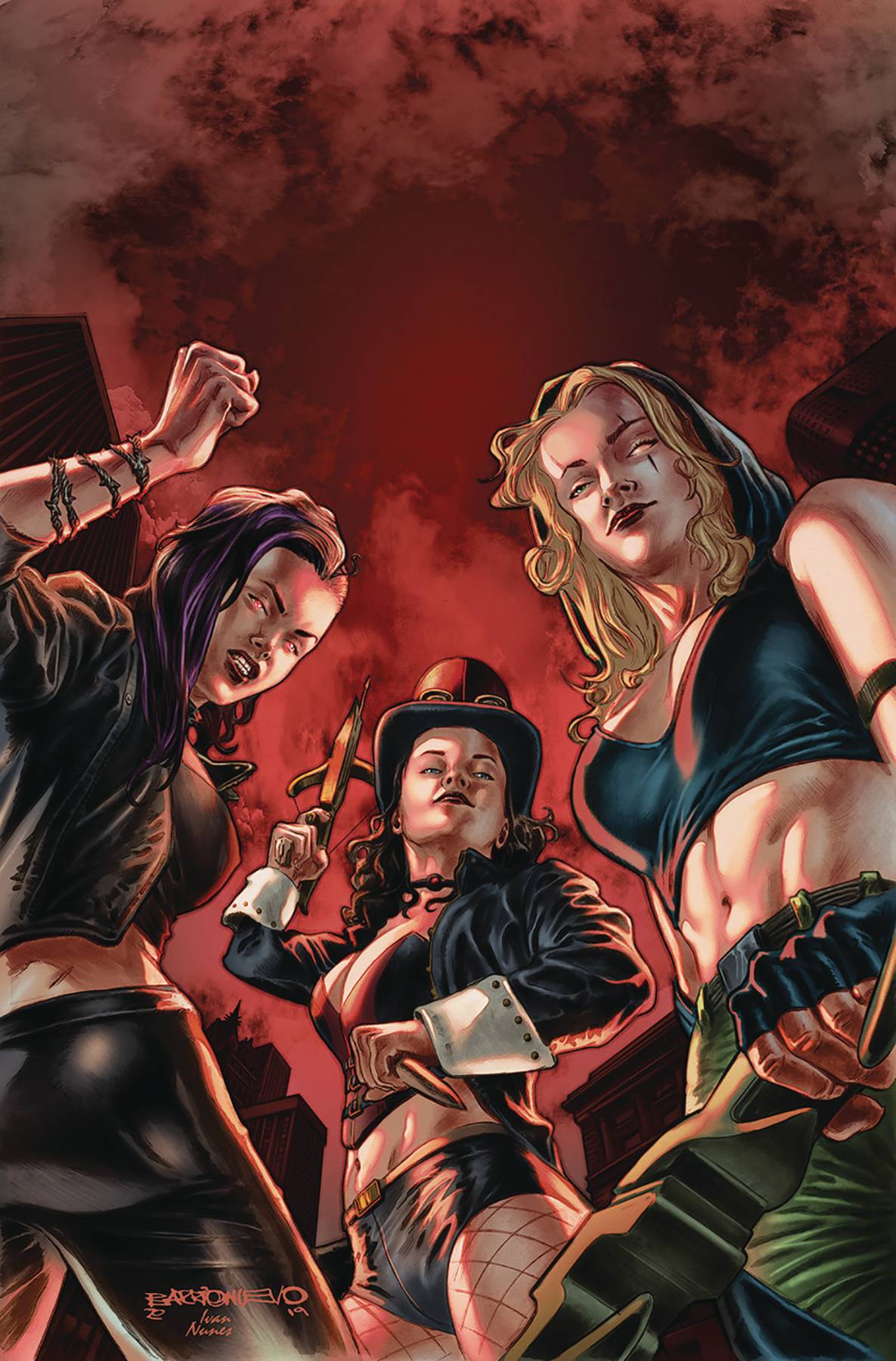 #
FEB202132
(W) Raven Gregory (A) Deivis Goetten (CA) Alejandro Barrionuevo
The League of Monsters grows in rank as Van Helsing and her allies begin to slowly piece together a way to stop Dracula and the others. But what is coming is far beyond what they could have planned for and can not only change her world but the world at large for the foreseeable future.

Featuring a star studded cast of the Grimm Universe heroes, Robyn Locksley, and Hellchild, as well as the greatest villains, from Van Helsing's past, that she has ever faced before.

Brought to you by fan favorite Wonderland writer Raven Gregory with incredible art by Deivis Goetten and Robby Bevard, this is a series that is not to be missed!
In Shops: Jul 15, 2020
SRP: $3.99
View All Items In This Series