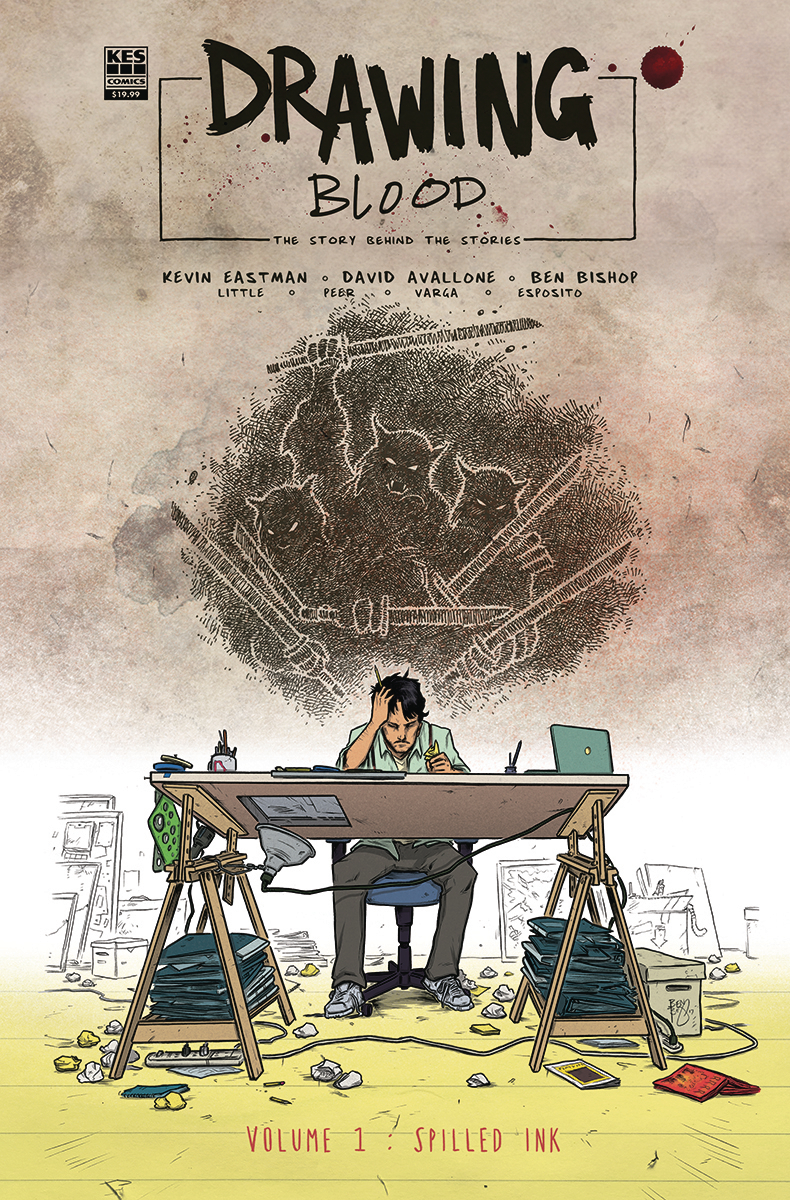 FEB201837
(W) Kevin Eastman, David Avallone (A) Troy Little (CA) Kevin Eastman (A/CA) Ben Bishop
From the mind of Teenage Mutant Ninja Turtles co-creator Kevin Eastman comes the totally fictional true story of comics creator Shane "Books" Bookman, a cartoonist on the skids. Once upon a time, he and his brother birthed a worldwide phenomenon, self-publishing a crazy indie comic about crime-fighting cat-girls out of their tiny apartment. Now, Books is hitting his forties (hard), the money all gone, artistic inspiration tapped out, beset on all sides... and trying to recover from his catastrophic encounter with the hit-and-run driver called "early success."  This trade collects all four issues of the first volume of Drawing Blood, and as an added bonus, the origin issue of Books' creation, the Radically Rearranged Ronin Ragdolls!
In Shops: Apr 29, 2020
SRP: $19.99