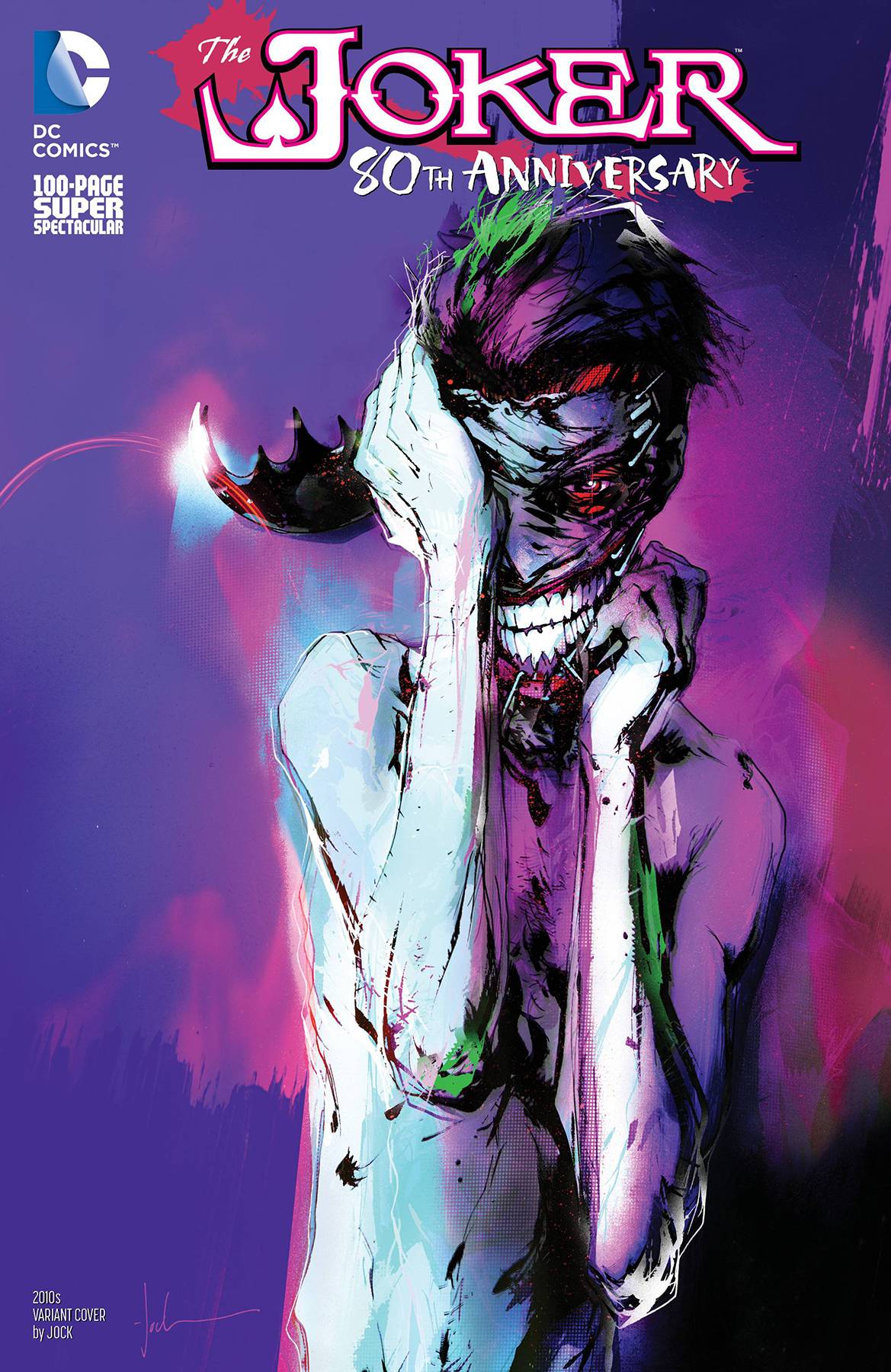 #
FEB201725
The Clown Prince of Crime celebrates 80 years of chaos! The Joker has been the greatest villain in comics since his creation, and to celebrate DC has assembled a who's who of comics' finest writers and artists to give the Harlequin of Hate the birthday roast he deserves. Make sure to R.S.V.P. to this birthday bash-you wouldn't want to wake up with a dead Joker fish on your doorstep, would you? FINAL COVER MAY VARY. ALLOCATIONS MAY OCCUR.
In Shops: Aug 18, 2021
SRP: $49.99
ORDER WISH LIST