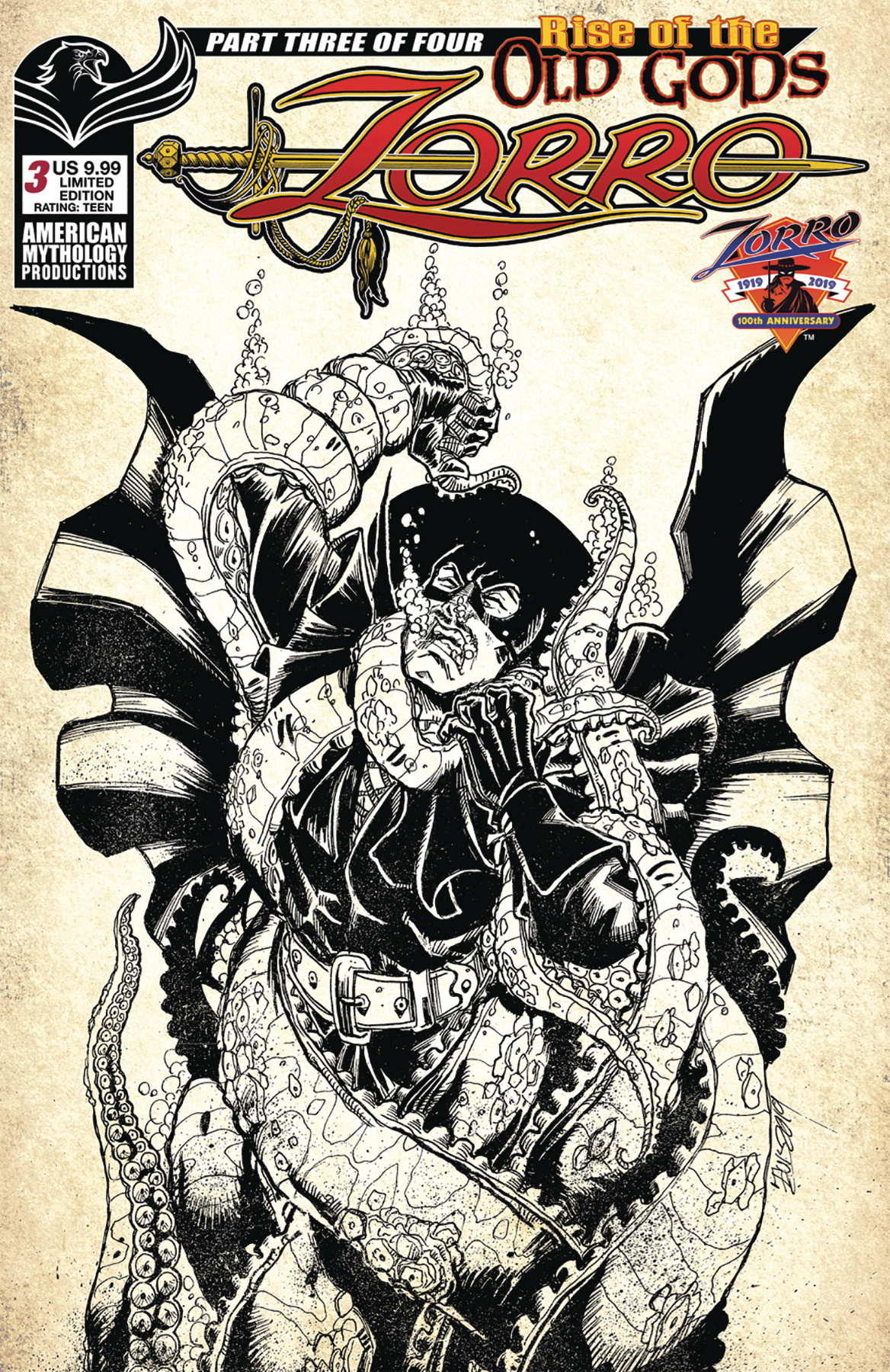 FEB201440
(W) Jason Pell (A/CA) Puis Calzada
They rose from the depths of the sea and stories whispered in fear over millennia. The minions of dread Cthulhu have invaded and are reaping unimaginable horrors in their wake. Dealings between the town of Antiguo Camino and the Old Ones have been kept secret for many decades. Now, with Zorro and the outlaws he pursues endangering those same secrets, the citizens will do anything to protect what has been hidden for so long. Zorro continues his battle with the minions and monsters of the deep in the third issue of Zorro Rise of the Old ones. Zorro Rise of the Old Gods #3 is available with two covers - Main Cover by Puis Calzada and a Limited Edition 1/350 Pulp cover also by Calzada!
In Shops: N/A
SRP: $9.99
View All Items In This Series