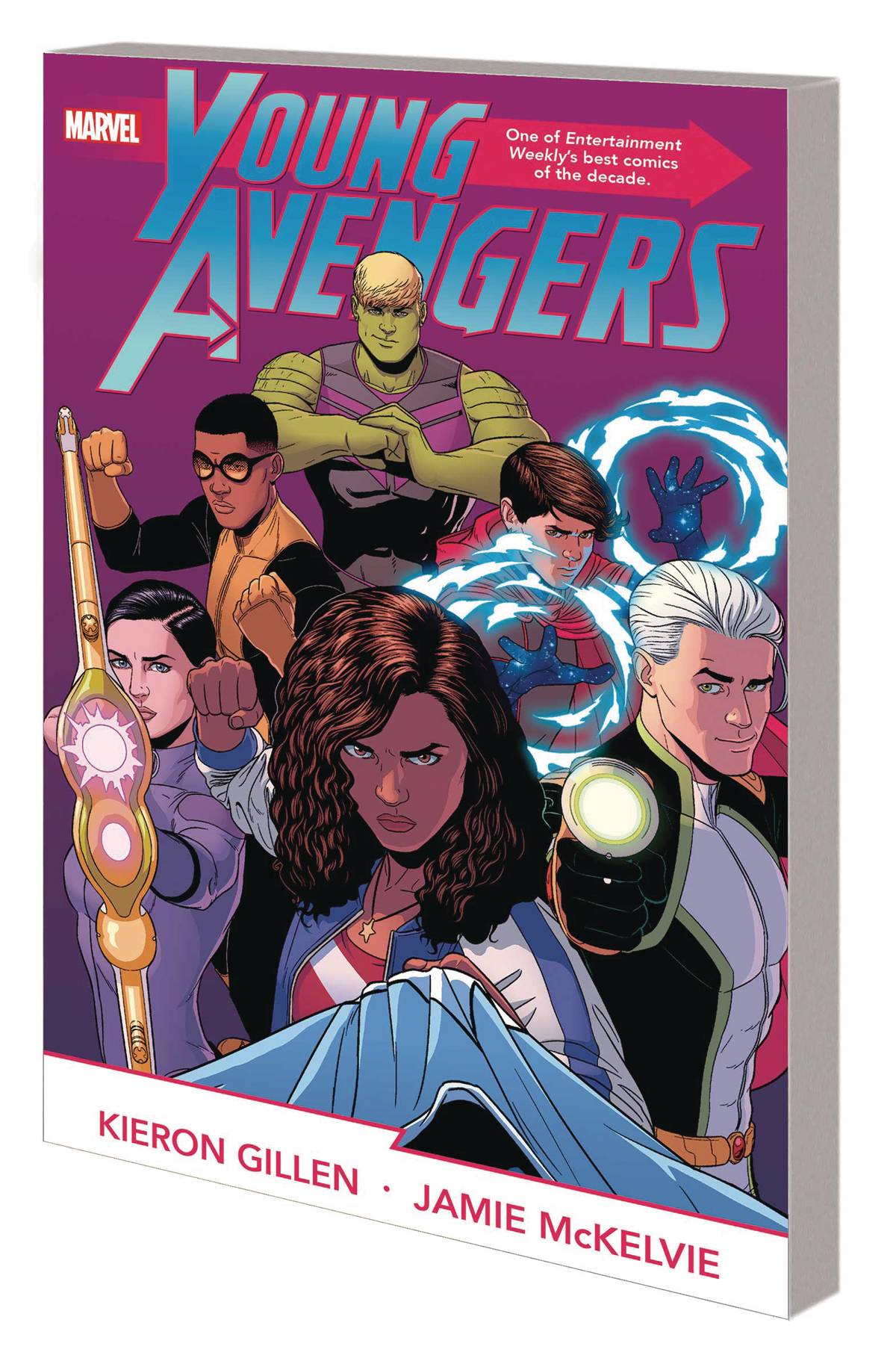 #
FEB201067
(W) Kieron Gillen (A) More (CA) Matthew Wilson (A/CA) Jamie McKelvie
The Young Avengers, once more with feels! And there came a day unlike any other, when Earth's mightiest teens found themselves united against a very uncommon threat. On that day, the Young Avengers were reborn - to listen to music, break Tumblr in half and kiss. Like, a lot. Oh, and to fight the foes no adult super hero could understand! Heed the call, then - for now, the Young Avengers hang out! Hawkeye (not the Hawkguy) puts the super in hero. Marvel boy will rock your world. Miss America will kick your &*^ to another dimension. Prodigy is an ex-X-Man know-it-all. Wiccan and Hulkling bring the squee. And Loki? Oh boy, we have a Loki. They're 18 (give or take), they're ready to inherit the Earth - but first they must face the mother of all villains. One only they can fight. Uh-oh. Creative gestalt entity Kieron Gillen and Jamie McKelvie (Phonogram, The Wicked +The Divine) bang their collective drum, reinventing the super-hero comic book in their own freakish image. Collecting YOUNG AVENGERS (2013) #1-15, MARVEL NOW! POINT ONE (2012) #1 (YOUNG AVENGERS STORY)
Rated T+
In Shops: Jul 01, 2020
SRP: $34.99
ORDER WISH LIST