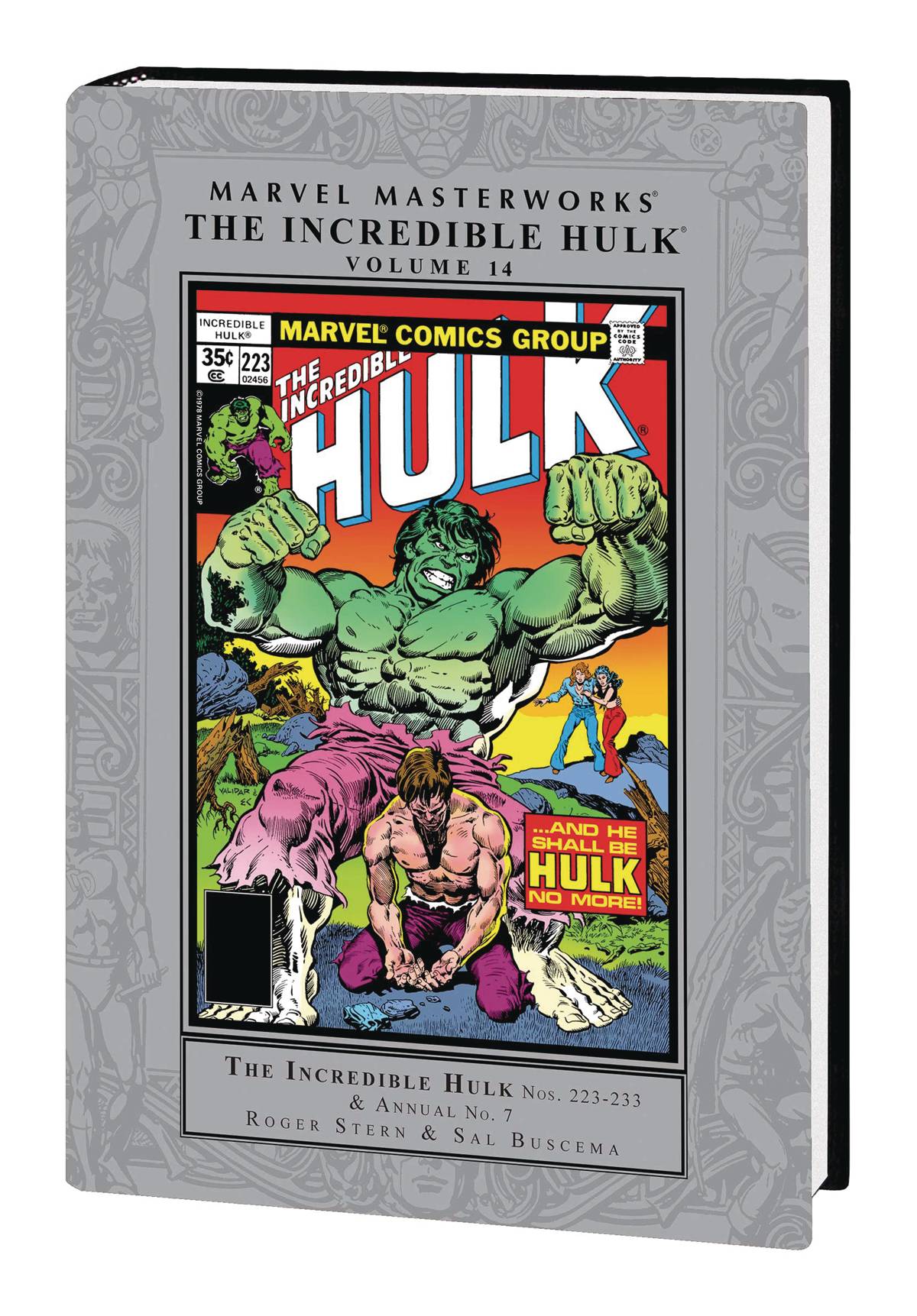 #
FEB201042
(W) Roger Stern, More (A) Sal Buscema, More (CA) Rich Buckler
Roger Stern and Sal Buscema plumb the depths of Bruce Banner, Marvel's most conflicted character - but can they find what hope lies in the mind of the man cursed by the Incredible Hulk? This round of Marvel classics begins with Banner finally cured of his gamma-powered alter ego! But without the Hulk's power, how can he stop the Leader? It's a life-or-death fight that just might end with the Hulk, not Banner, free of his hated other half - and only Doc Samson can save the man inside the monster! Also featuring a double-sized Stern 'n' Byrne Annual pitting Hulk, Iceman and Angel against the mile-high menace of Master Mold - and a classic crossover with Captain America! Collecting INCREDIBLE HULK (1968) #223-233 and ANNUAL #7, CAPTAIN AMERICA (1968) #230, MIGHTY MARVEL COMICS CALENDAR 1979, and material from MARVEL TREASURY EDITION #17.
Rated T
In Shops: Sep 23, 2020
SRP: $75.00
View All Items In This Series
ORDER SUBSCRIBE WISH LIST