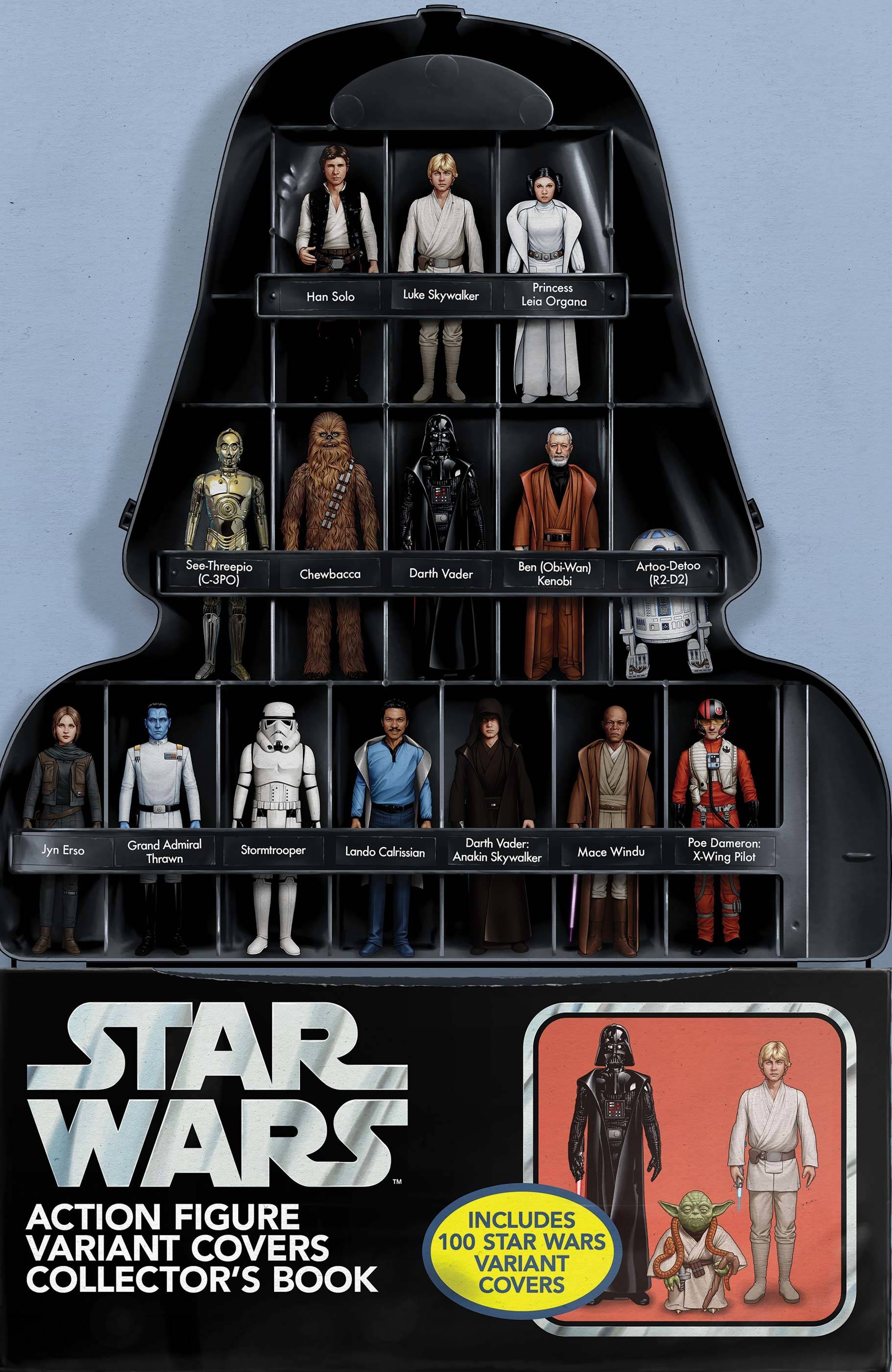 #
FEB201036
(A/CA) John Tyler Christopher
Get the ultimate Star Wars action figure collection - in one single, giant-sized comic book! As a child, John Tyler Christopher spent his days playing with Luke Skywalker, Darth Vader and his beloved Boba Fett. As an adult, Christopher has spent the last five years drawing the greatest heroes and villains of the galaxy far, far away in a stellar series of Action Figure Variant Covers to Marvel's Star Wars titles - which have become as sought-after among fans as the original toys! Now, almost 100 of Christopher's covers - featuring everyone from Ackbar to Zuckuss - are assembled, in all their full-size glory, in this instant collector's item issue. And you don't even have to agonize over taking them out of the box!
Rated T
In Shops: Aug 12, 2020
SRP: $9.99