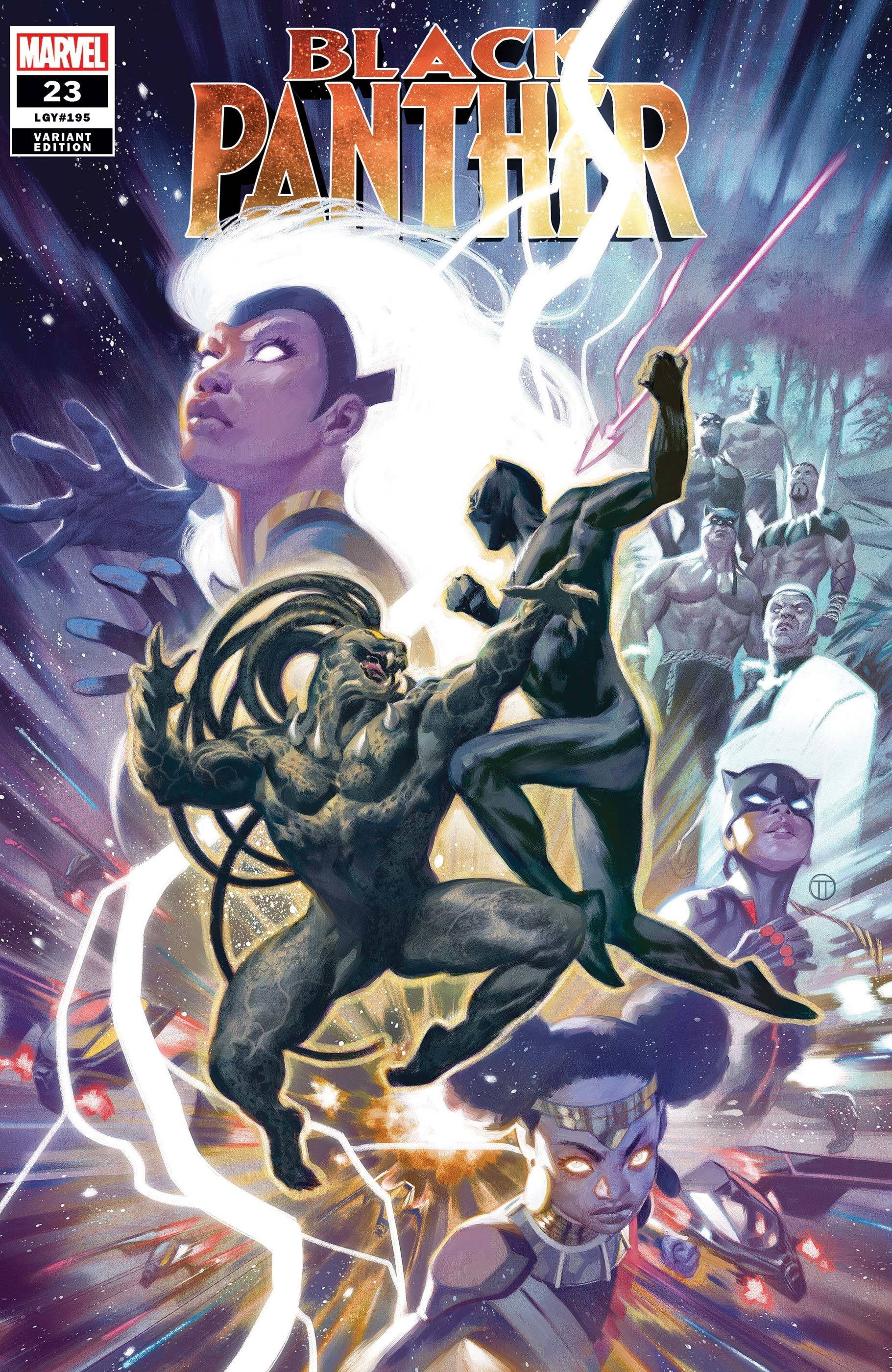 #
FEB200993
(W) Ta-Nehisi Coates (A) Daniel Acuna (CA) Julian Totino Tedesco
THE POWER OF THE NAMELESS!
The Intergalactic Empire of Wakanda turned their legendary king into a slave. Now the king is restored - and after years of effort, the gates of the Empire will swing wide open as the Black Panther makes one final attempt to free the ranks of the Nameless across the five galaxies.
Rated T+
In Shops: Feb 24, 2021
SRP: $3.99
View All Items In This Series