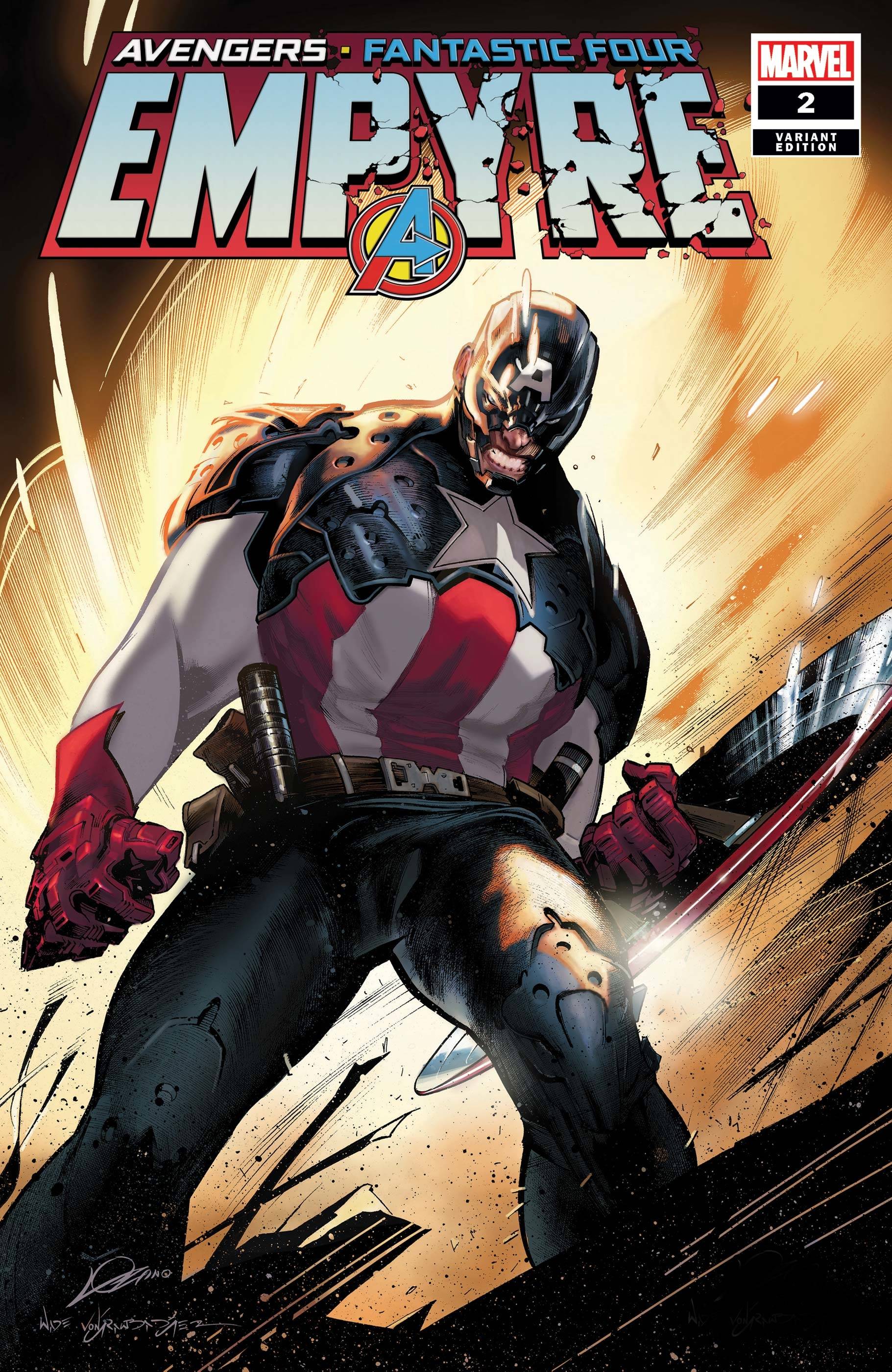 #
FEB200767
(W) Al Ewing, Dan Slott (A) Valerio Schiti (CA) Alexander Lozano
• Three Avengers are trapped on the moon as war breaks out on Earth - and an ancient enemy reveals a scheme decades in the making!
•  Meanwhile, the Fantastic Four fight against a creeping horror that might destroy them all - starting with the Thing!
•  Captain Marvel is their last, best hope... But if Carol Danvers survives, what will she become?
Rated T+
In Shops: Jul 22, 2020
SRP: $4.99
View All Items In This Series