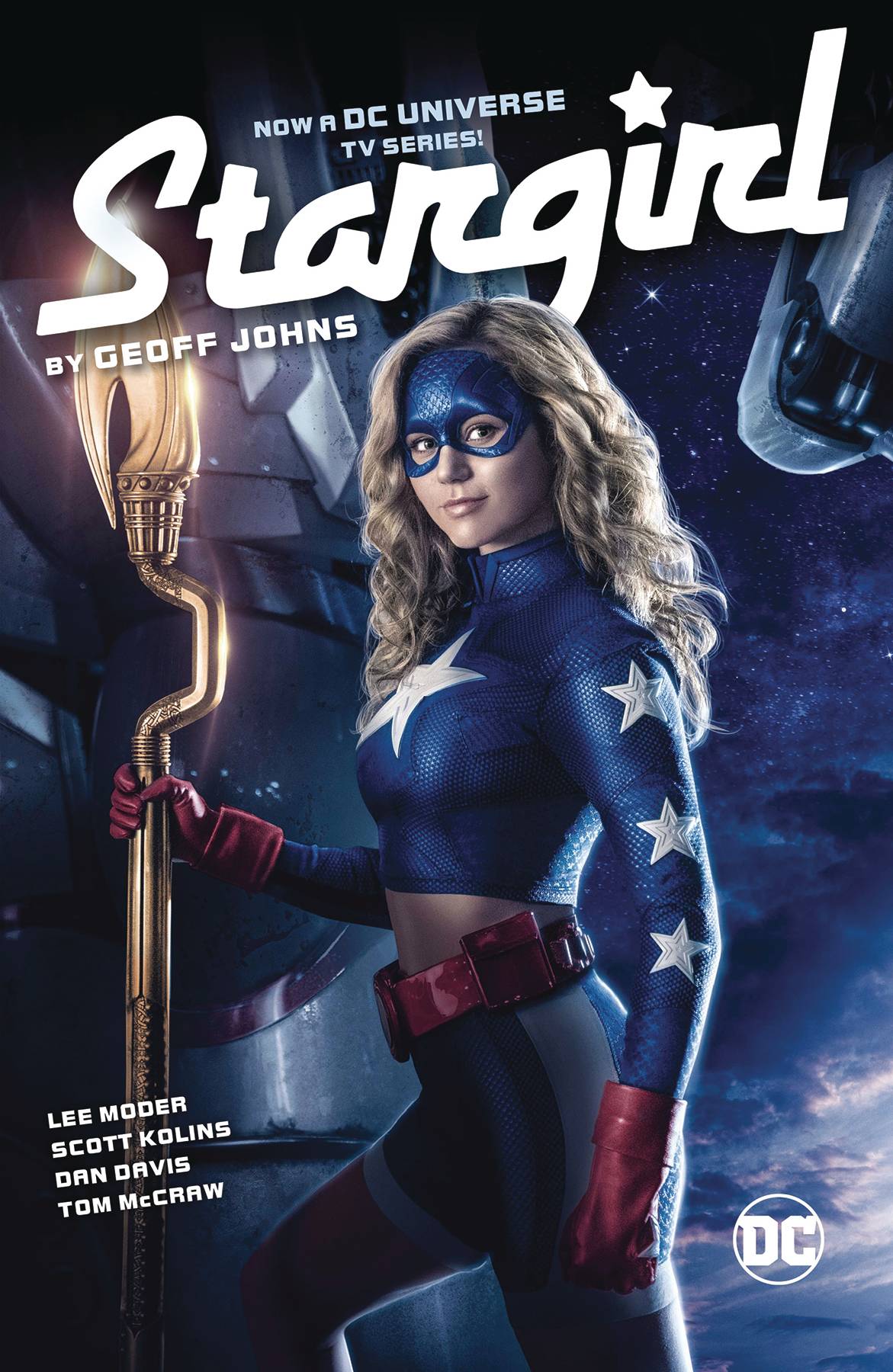 #
FEB200575
(W) Geoff Johns, David S. Goyer (A) Lee Moder, Scott Kolins, Mike McKone, Chris Weston, Others (CA) Photo
Meet Courtney Whitmore, a typical teenage girl trying to make it through high school-but she's about to stumble upon a secret that will make her life a lot more complicated! Her new stepfather, Pat Dugan, was once a costumed adventurer called Stripesy. Finding the Kid's costume, Courtney decides to become the new Star-Spangled Kid! But Dugan isn't about to let his new daughter put herself in harm's way-at least, not by herself. He soon builds a robotic suit called S.T.R.I.P.E. so he can keep an eye on Courtney as she battles for justice. Now the duo fight side by side as they take on aliens, cults, super-villains, and more! Collects Stars and S.T.R.I.P.E. #0-14, JSA All Stars #4, and stories from DCU Heroes Secret Files (1999) and DCU Villains Secret Files (1999).
In Shops: May 27, 2020
SRP: $34.99