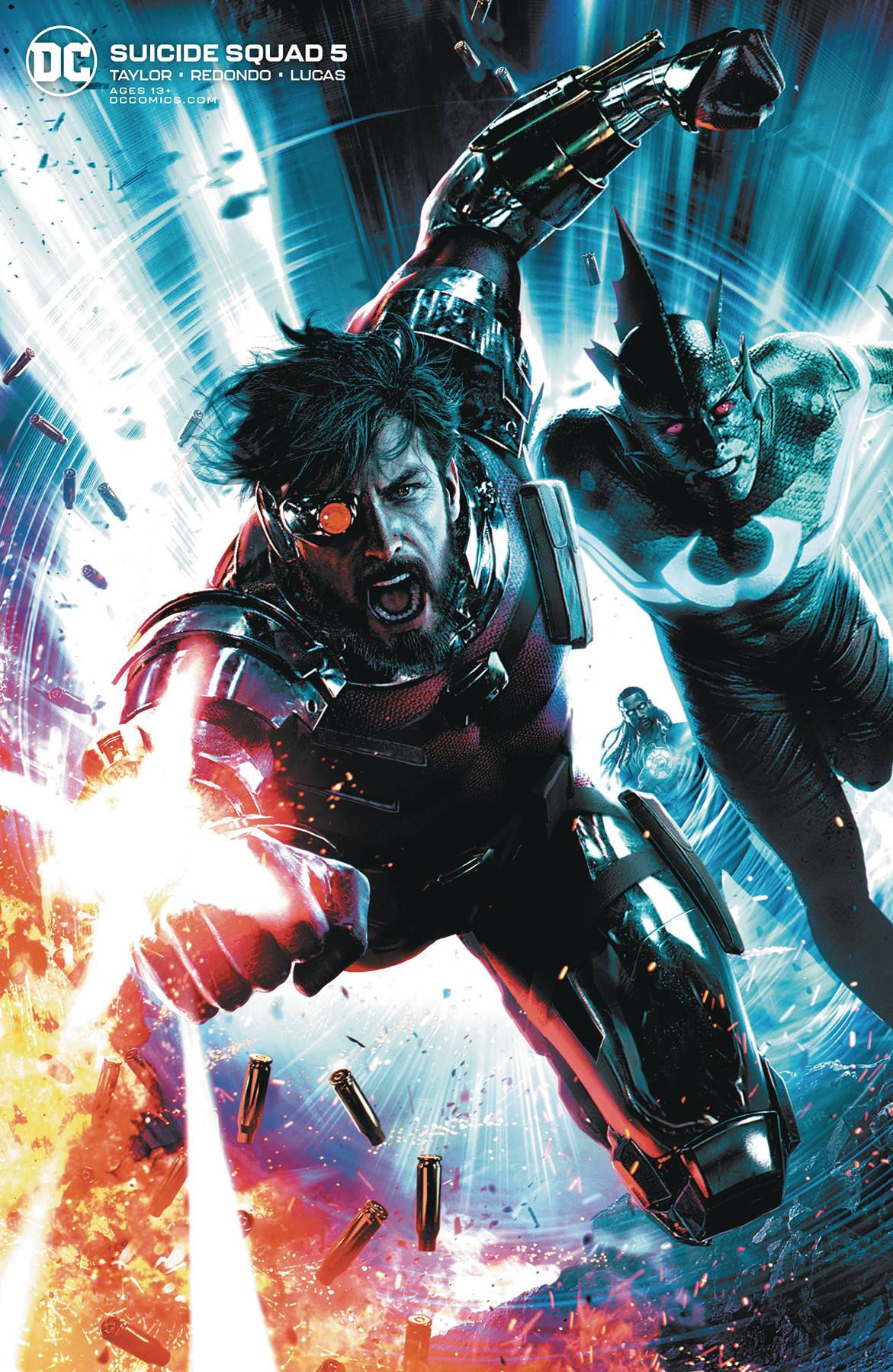 #
FEB200490
(W) Tom Taylor (A) Bruno Redondo (CA) Jeremy P. Roberts
They say loose lips sink ships-and Captain Boomerang has the biggest mouth on Earth! That's why Lok commands Task Force X to bring him in and  shut him up for good! The hunt is on, but nothing ever goes according to plan in the Suicide Squad-at least, not if Osita and her mutinous Revolutionaries can help it. Will Deathstroke and Harley finally turn against Lok when ordered to kill their old Squad-mate? One way or another, the bodies keep dropping...
In Shops: May 27, 2020
SRP: $3.99
View All Items In This Series