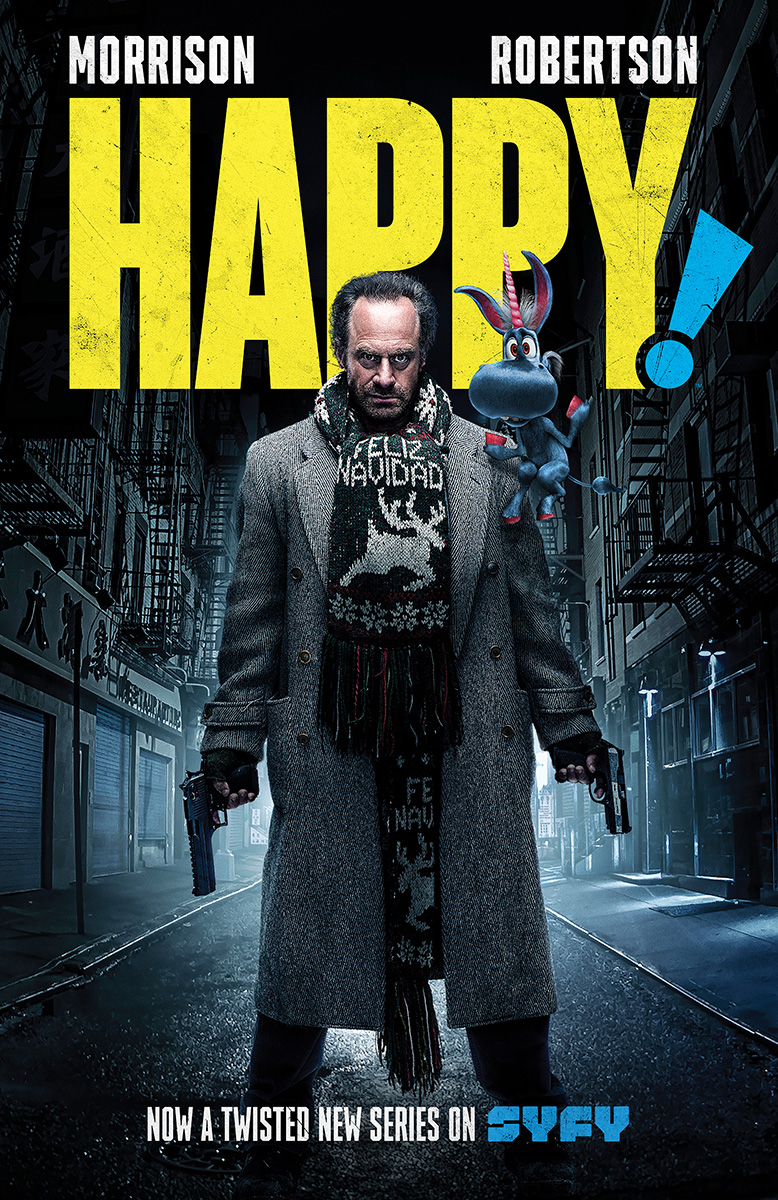 FEB200101
(W) Grant Morrison (A) Darick Robertson (CA) Photo
Meet Nick Sax: a corrupt, intoxicated ex-cop turned hit-man, adrift in a stinking twilight world of casual murder, soulless sex, eczema, and betrayal. With a hit gone wrong, a bullet in his side, the cops and the mob on his tail, and a monstrous child killer in a Santa suit on the loose, Nick and his world will be changed forever this Christmas by a tiny blue horse called Happy...

Just in time for the holidays, this deluxe edition of HAPPY! includes a10-page story by creators GRANT MORRISON and DARICK ROBERTSON that originally appeared in the Deluxe HC edition.