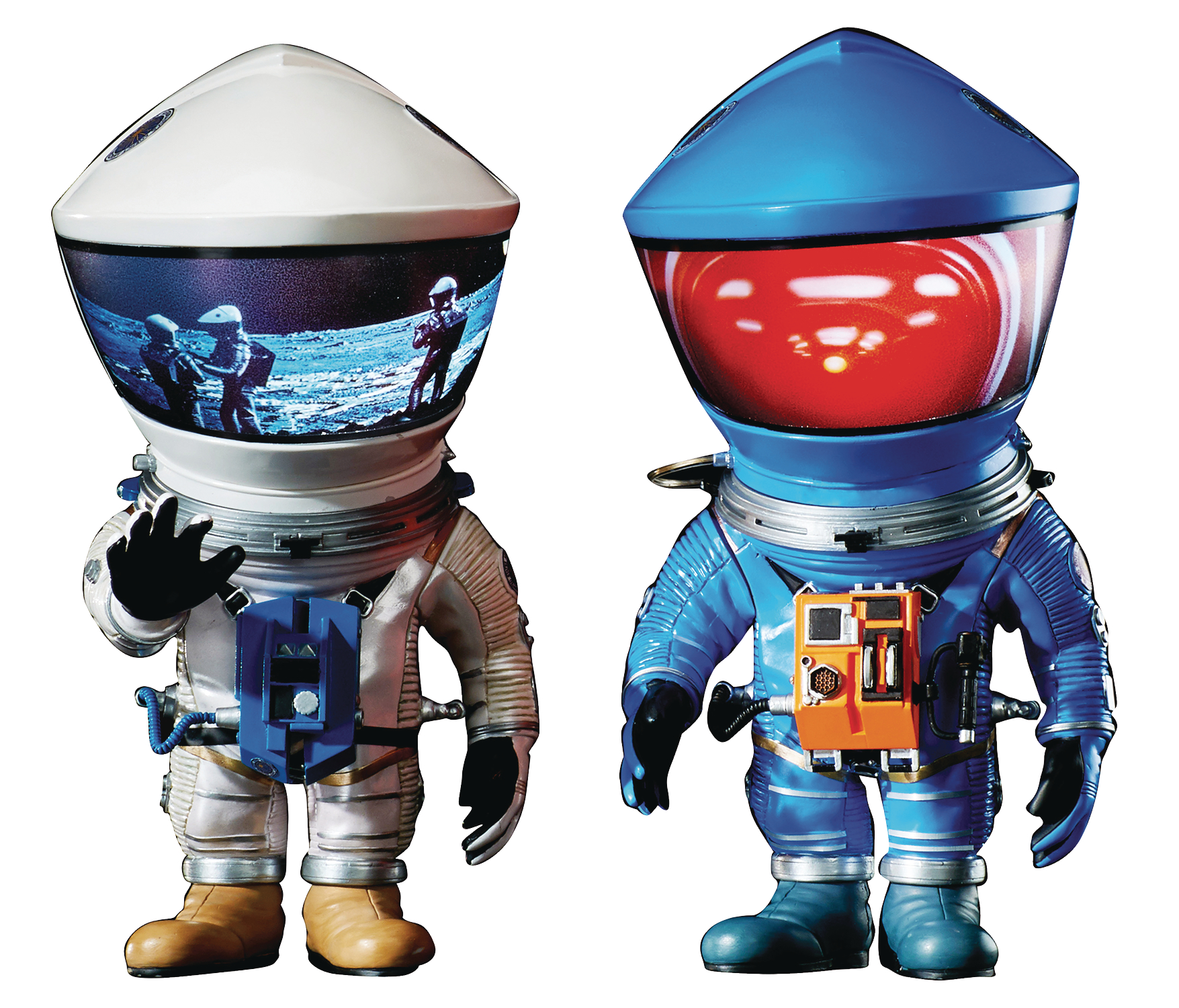 FEB199035
From Star Ace Toys. From the iconic Stanley Kubrick science fiction movie 2001: A Space Odyssey, Star Ace is releasing Defo Real figures! This film inspired an entire generation of filmmakers and set the standard for special effects movies. The designs from the film are still cutting edge and Star Ace is proud to present a new series of Defo Real figures featuring the astronauts from 2001. Defo Real figures are unique and artistic soft vinyl statues featuring accurately sculpted, oversized heads on realistically proportioned bodies. The DF Astronauts are about 16" tall with space suits and helmets with authentic details modeled directly from the film. Iconic images from 2001 will be seen reflected in the helmet visors. These figures are available individually or in 2-packs.