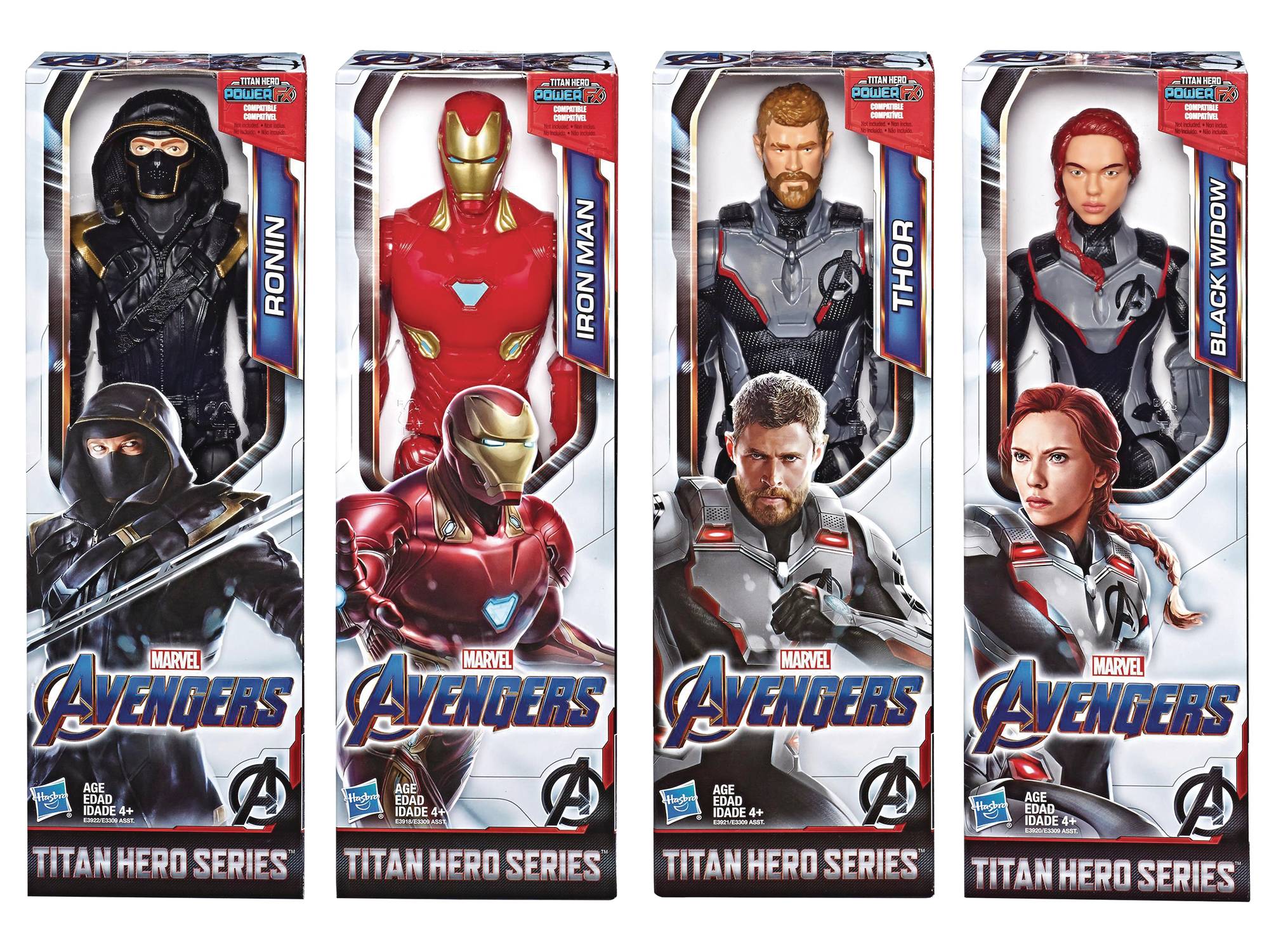 #
FEB198498
From Hasbro Toy Group. The long-awaited conclusion to the Marvel Cinematic Universe's Phase 3, Avengers Endgame, reaches theaters this April as the Avengers take the battle to Thanos himself! Hasbro's Titan Heroes recreate the super-heroes in a 12" scale, based on their appearance in the film. Choose from Iron Man, Captain America, Black Widow, Thor, and Ronin.