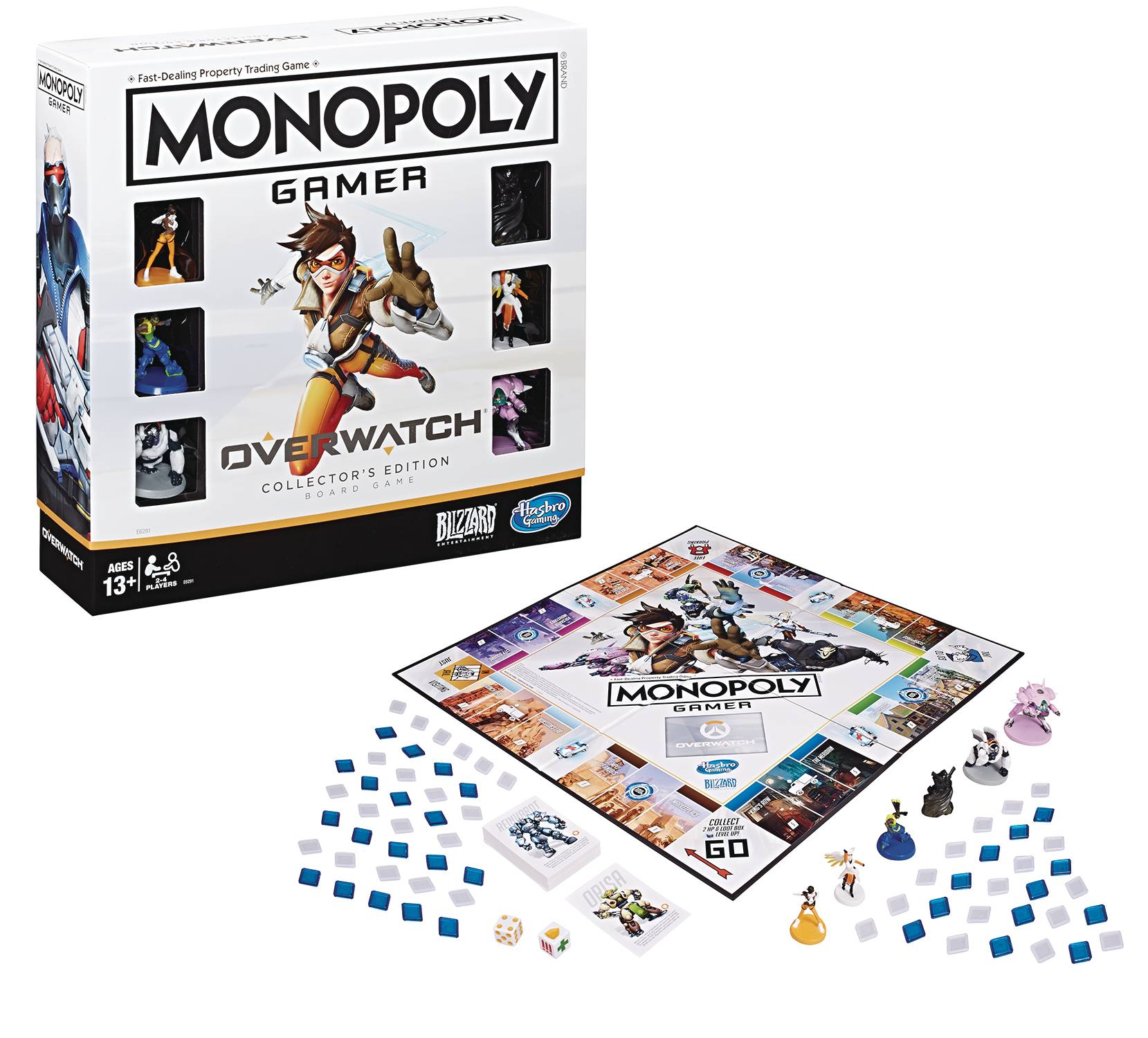 #
FEB198489
It's the Monopoly game for fans of Blizzard's Overwatch! In the board game, each player drafts a team of 3, including a group leader, and then everyone battles for the high score to win! Players earn points by moving around the board capturing objectives and collecting Loot Boxes. The Monopoly Overwatch Collector's Edition includes a game board, 6 character tokens, 6 group leader cards, 16 objective cards, 9 Loot Box cards, 4 reminder cards, 1 numbered die, 1 ability die, 90 plastic HP chips (50 fives and 40 ones), a premium box, and a Game Guide.
In Shops: Jul 17, 2019
SRP: $149.97