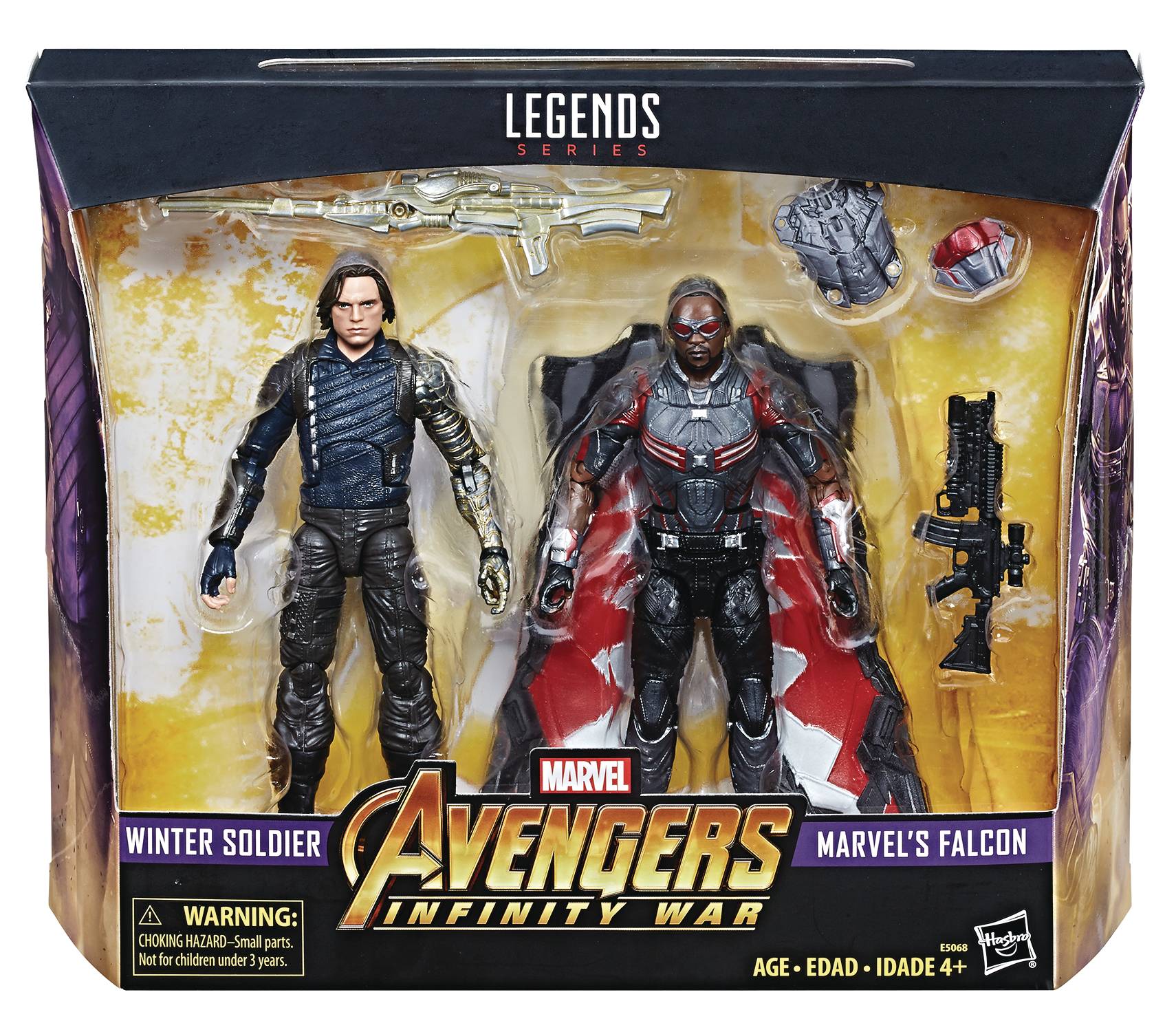 #
FEB198196
From Hasbro Toy Group. Trained by different armies, but equally prepared to defend their allies from any threat, Winter Soldier and Falcon stand their ground to protect the Earth from other worldly adversaries. With the Legends Series, kid and adult Marvel fans can start a legendary collection of comic- and movie-based Marvel characters (each sold separately). These 6-inch-scale Winter Soldier and Marvel's Falcon figures are highly articulated and feature movie-inspired design, making them another worthy addition to the Marvel Legends series.