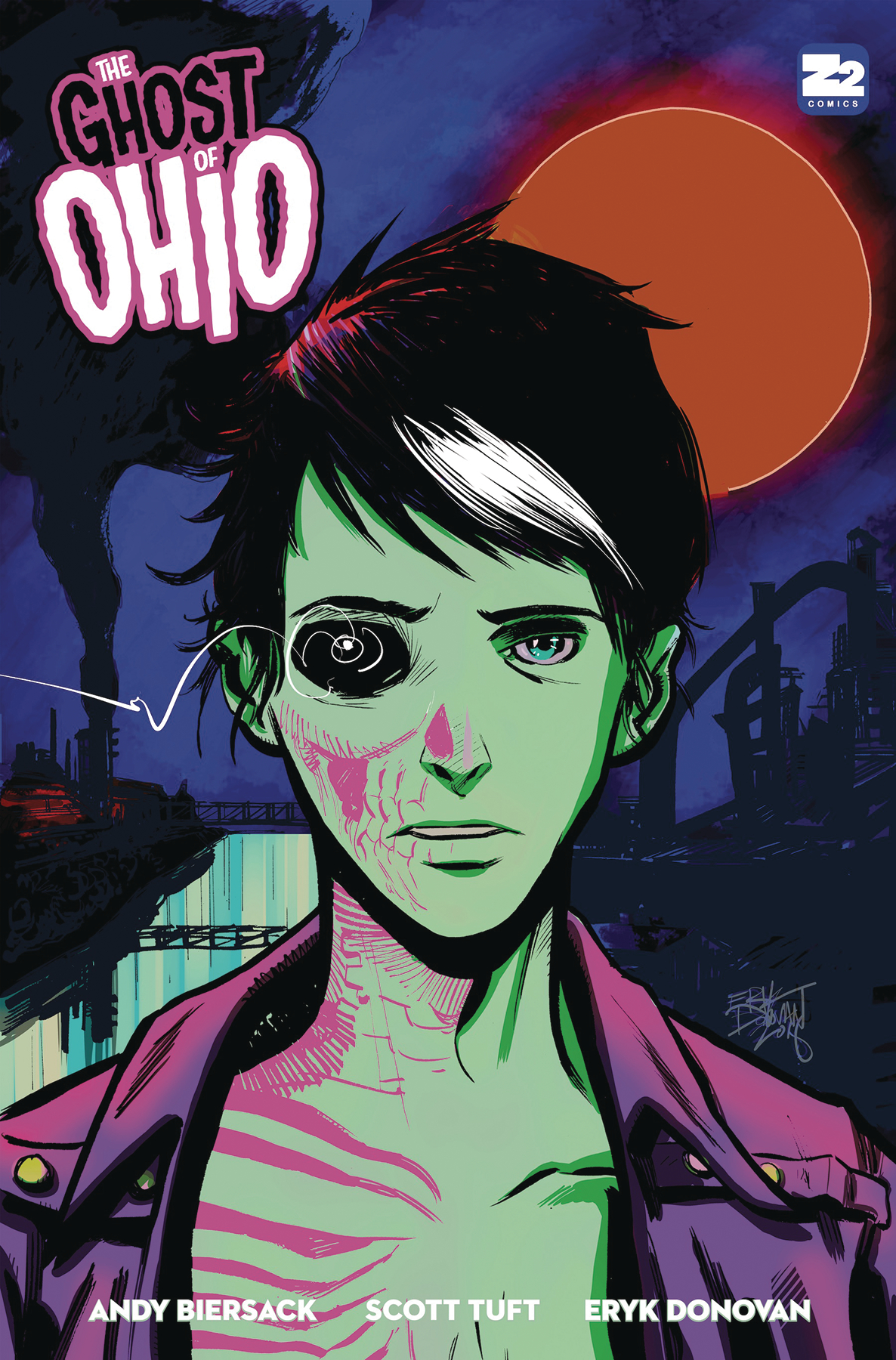 FEB192091
(W) Scott Tuft Biersack (A) Eryk Donovan, Eryk Donovan
There's a myth in Southern Ohio about an apparition that seeks to live again. Taking place over 100 years, The Ghost of Ohio follows the titular specter as he tries to unravel the mystery of his own death and fights to return to the earthly plane. Written by Black Veil Brides frontman Andy Biersack and tying into his second solo album of the same name, The Ghost of Ohio is a gothic adventure for the ages.
In Shops: Apr 24, 2019
SRP: $19.99