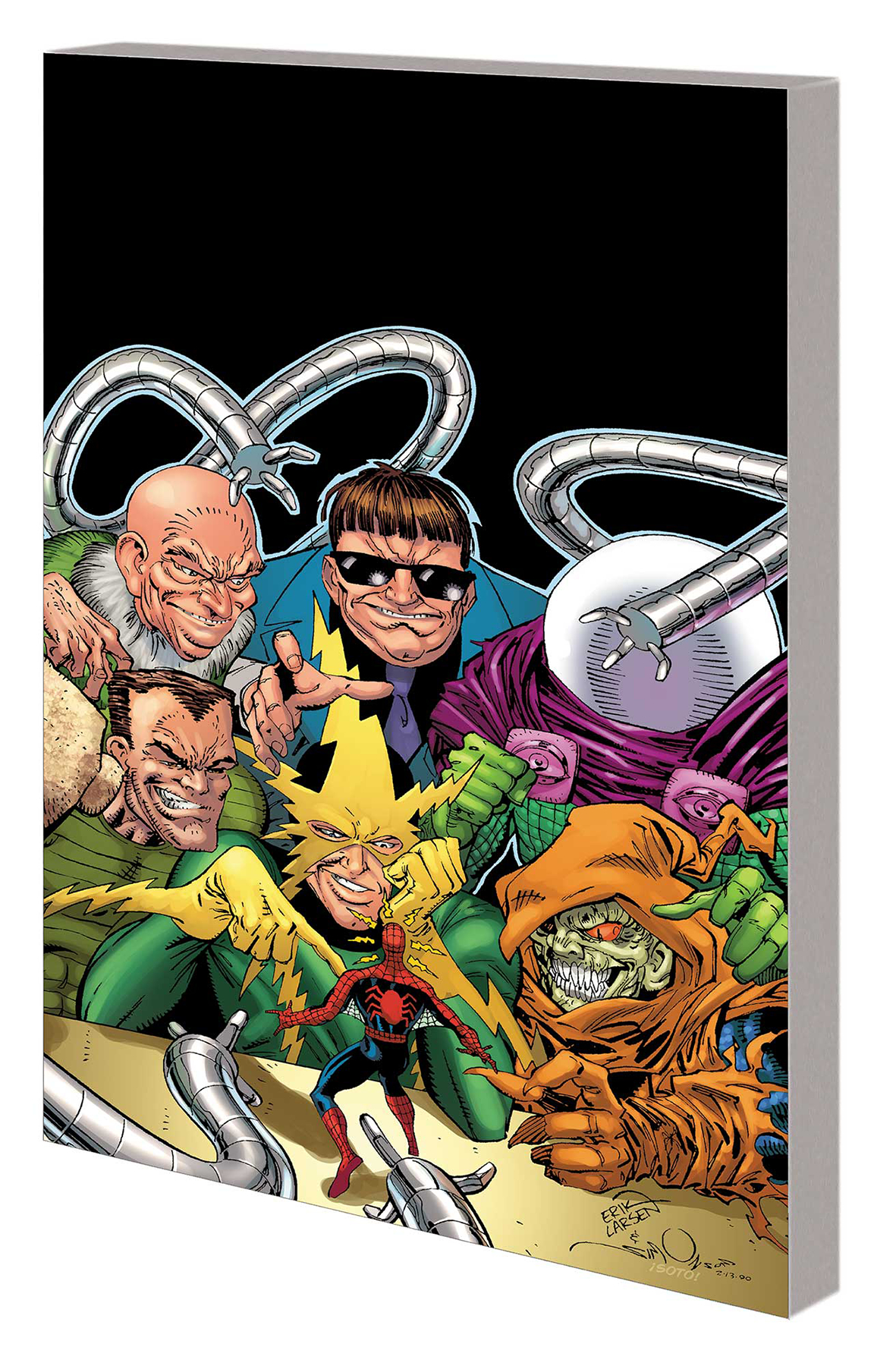 FEB191001
(W) Stan Lee, David Michelinie (A) Steve Ditko (A/CA) Erik Larsen
With six, you get chaos! While still in high school, the Amazing Spider-Man faced one of his most chilling challenges when a sextet of his most nerve-racking nemeses formed a cabal of crime: the Sinister Six! Already tough enough individually, Doctor Octopus, Mysterio, the Sandman, the Vulture, Electro and Kraven gave Spidey a run for his money that he never forgot! Now, years later, Doc Ock has reunited the team for his most remarkable racket yet, and time has made them deadlier than ever - even as it's made Spider-Man's life more complicated! With the Hobgoblin joining their villainous ranks, can Spidey teach the Six a lesson, or will they school him instead? Guest-starring the Fantastic Four, the Avengers and more! Collecting AMAZING SPIDER-MAN (1963) #334-339 and ANNUAL #1.
Rated T
In Shops: May 22, 2019
SRP: $19.99
ORDER WISH LIST