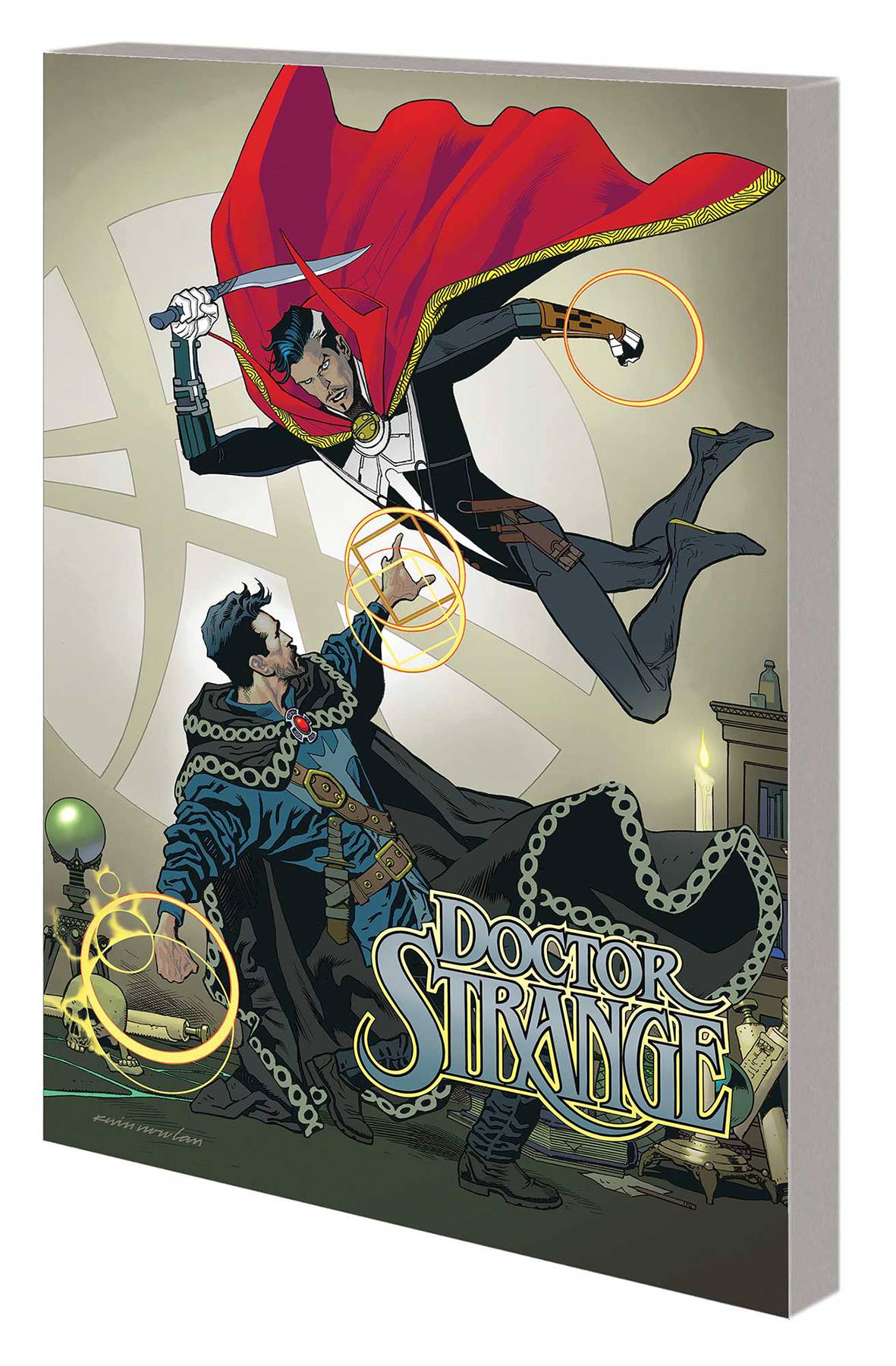 #
FEB190996
(W) Mark Waid (A) More, Andres Guinaldo, Javier Pina (CA) Kevin Nowlan
Doctor Strange returns to Earth to find...Doctor Strange?! Something bizarre happened since Stephen took off into the cosmos - and it doesn't bode well for him. It's time to gear up, get serious and build his new arsenal - because Strange has become his own worst enemy. Literally! And as if this twisted mystery weren't enough, a villain from Strange's past threatens the Sanctum Sanctorum in a way Stephen has never experienced before! A shadowy figure has been working in the background for months, chipping away at Stephen and other magicians - and now the other shoe finally drops. Does Strange stand a chance against a mysterious foe who controls all magic - an opponent who can turn off his spells with a snap of their fingers? Join a lineup of all-star artists for a monumentally strange tale! Collecting DOCTOR STRANGE (2018) #6-11.
Rated T+
In Shops: May 01, 2019
SRP: $17.99
View All Items In This Series