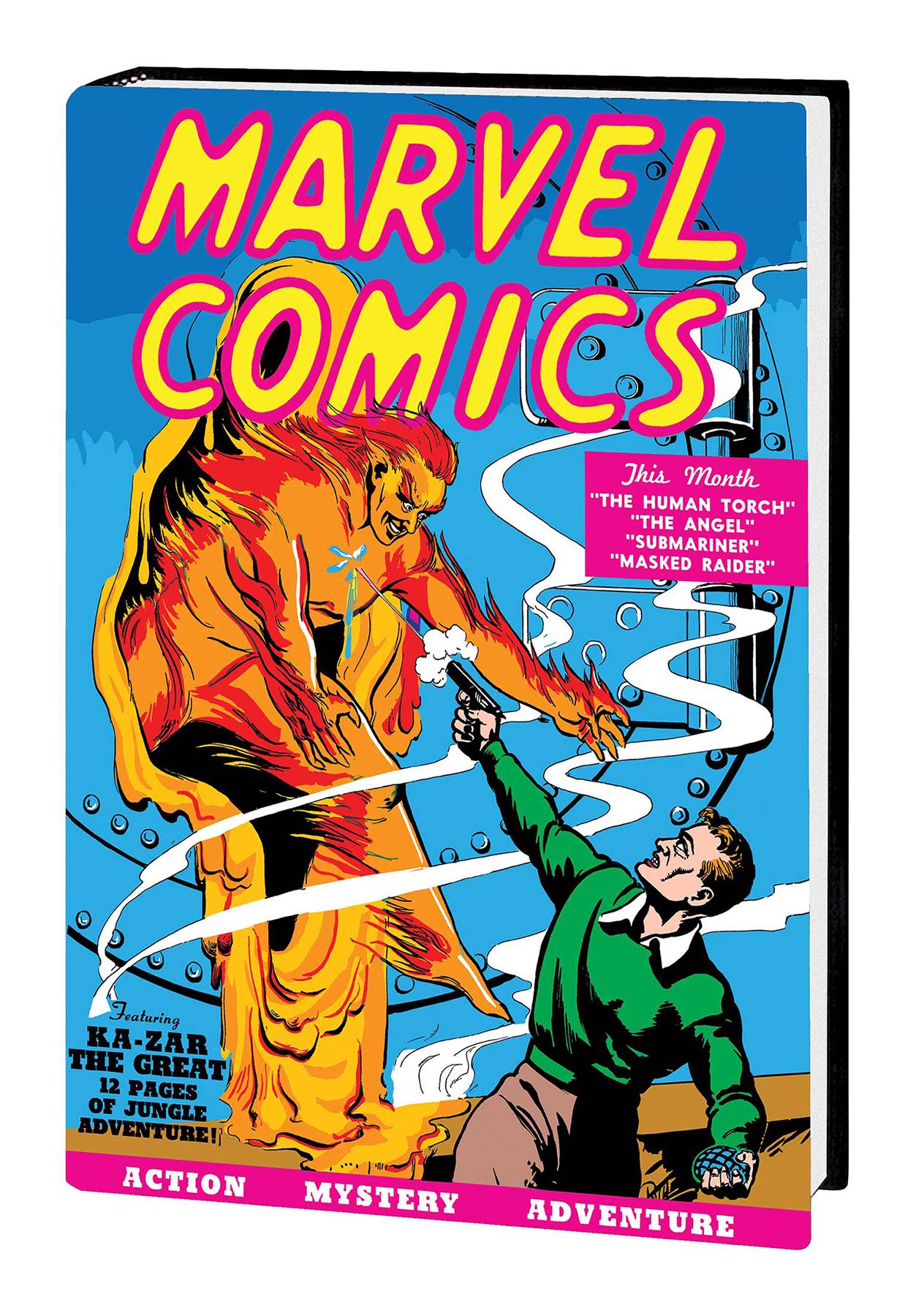 #
FEB190975
(W) John Compton, Ray Gill, Stockbridge Winslow, More (A) Carl Burgos, Bill Everett, More (CA) Frank R. Paul
In August 1939, a new voice hit newsstands and changed the comic book world forever: MARVEL COMICS #1 had arrived! This 64-page pulp package wasn't your typical assortment of straightlaced do-gooders. The amazing android Human Torch was a blazing force of nature that shocked and unsettled mankind! Namor, the Sub-Mariner, ventured from his undersea kingdom into the world of man - set on vengeance! These Golden Age greats would form the foundation for the style of conflicted hero that defines Marvel to this day - and they're flanked by an eclectic assortment of allies including the heroic Angel, robotic Electro, hard-edged Ferret, boy-adventurer Terry Vance, cowboy-hero Masked Raider, and jungle lord Ka-Zar! Topped off with extensive bonus features, this collection forms a cornerstone of Marvel history - essential for every fan, collector and historian! Collecting MARVEL COMICS #1 and MARVEL MYSTERY COMICS #2-12.
All Ages
In Shops: Aug 07, 2019
SRP: $150.00
View All Items In This Series
ORDER SUBSCRIBE WISH LIST