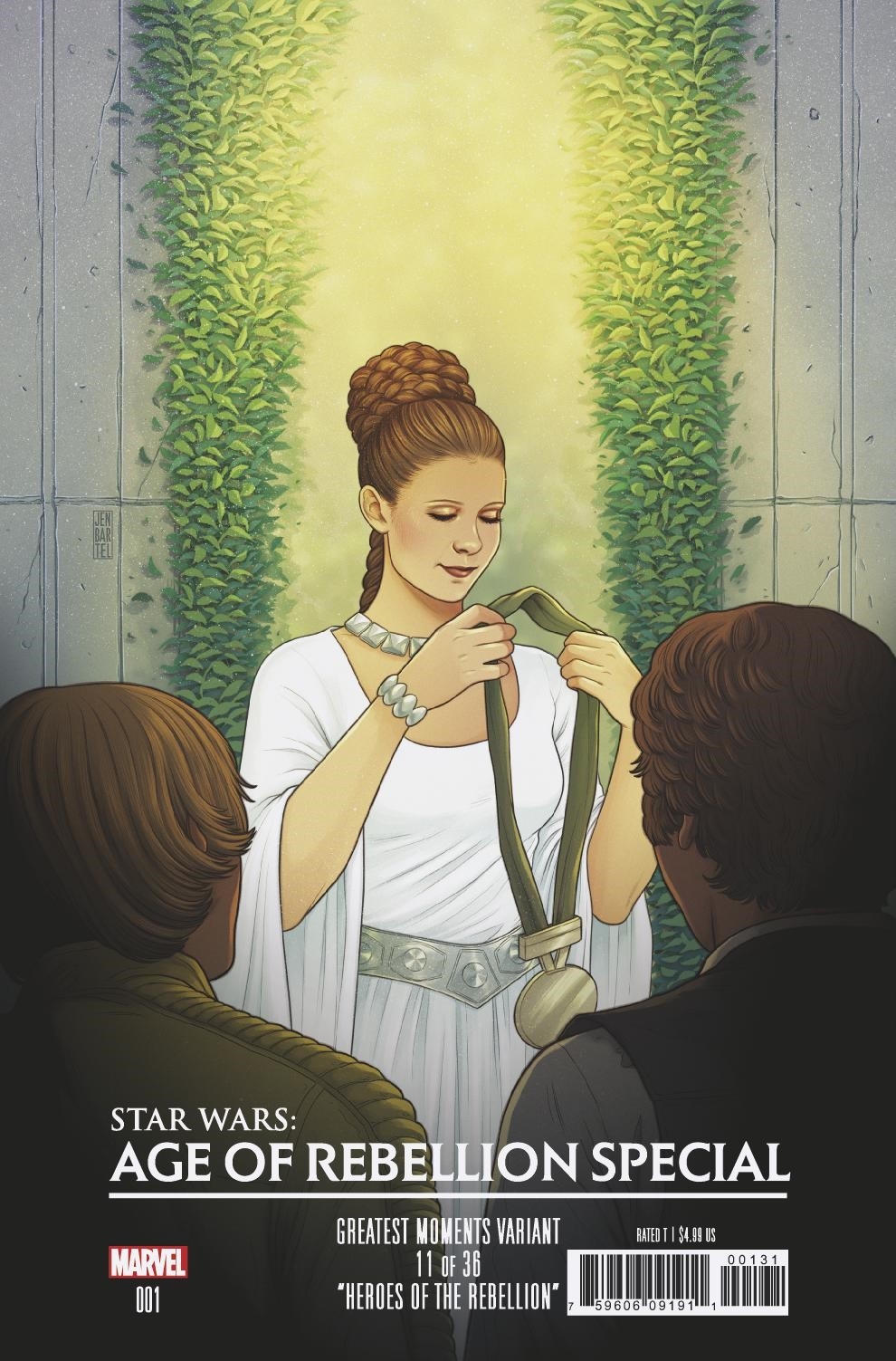 FEB190957
(W) Marc Guggenheim, Jonathan Adams, Si Spurrier (A) Jonathan Adams, Caspar Wijngaard, Andrea Broccardo (CA) Jen Bartel
A ONE-SHOT SPECIAL FEATURING YOUR FAVORITE (AND UNEXPECTED) CHARACTERS FROM THE ORIGINAL STAR WARS TRILOGY!
•  Move over, Boba Fett. The most dangerous bounty hunter in the galaxy isn't who you think. The cold, calculating assassin droid IG-88 had a deadly reputation. Wanted criminals should tremble in fear because IG-88 will stop at nothing to get the job done. But where did it come from? What does it want? Perfection might be a good place to start. SI SPURRIER (DOCTOR APHRA) and CASPAR WIJNGAARD (DOCTOR APHRA ANNUAL) bring the terrifying droid to life!
•  The destruction of the Order, the death of his friends, exile - no matter what he has endured, YODA will always be a Jedi. Even in hiding on the isolated planet of Dagobah, far from the evil Empire's reach, a Jedi's work is never done. Marc Guggenheim (X-MEN GOLD) and ANDREA BROCCARDO (STAR WARS) will pay the wise, old master a visit!
•  The freedom-fighting REBEL ALLIANCE has more than its fair share of heroes - like ace pilots BIGGS DARKLIGHTER and JEK PORKINS. But they've been fighting the evil Galactic Empire for a long time and sometimes, even noble warriors like Biggs and Porkins need a little rest and relaxation. Is anywhere truly free from the trials of the galactic conflict? Writer and illustrator JON ADAMS (the New Yorker, LOVE ROMANCES) has the answer!
Rated T
In Shops: Apr 17, 2019
SRP: $4.99
ORDER WISH LIST