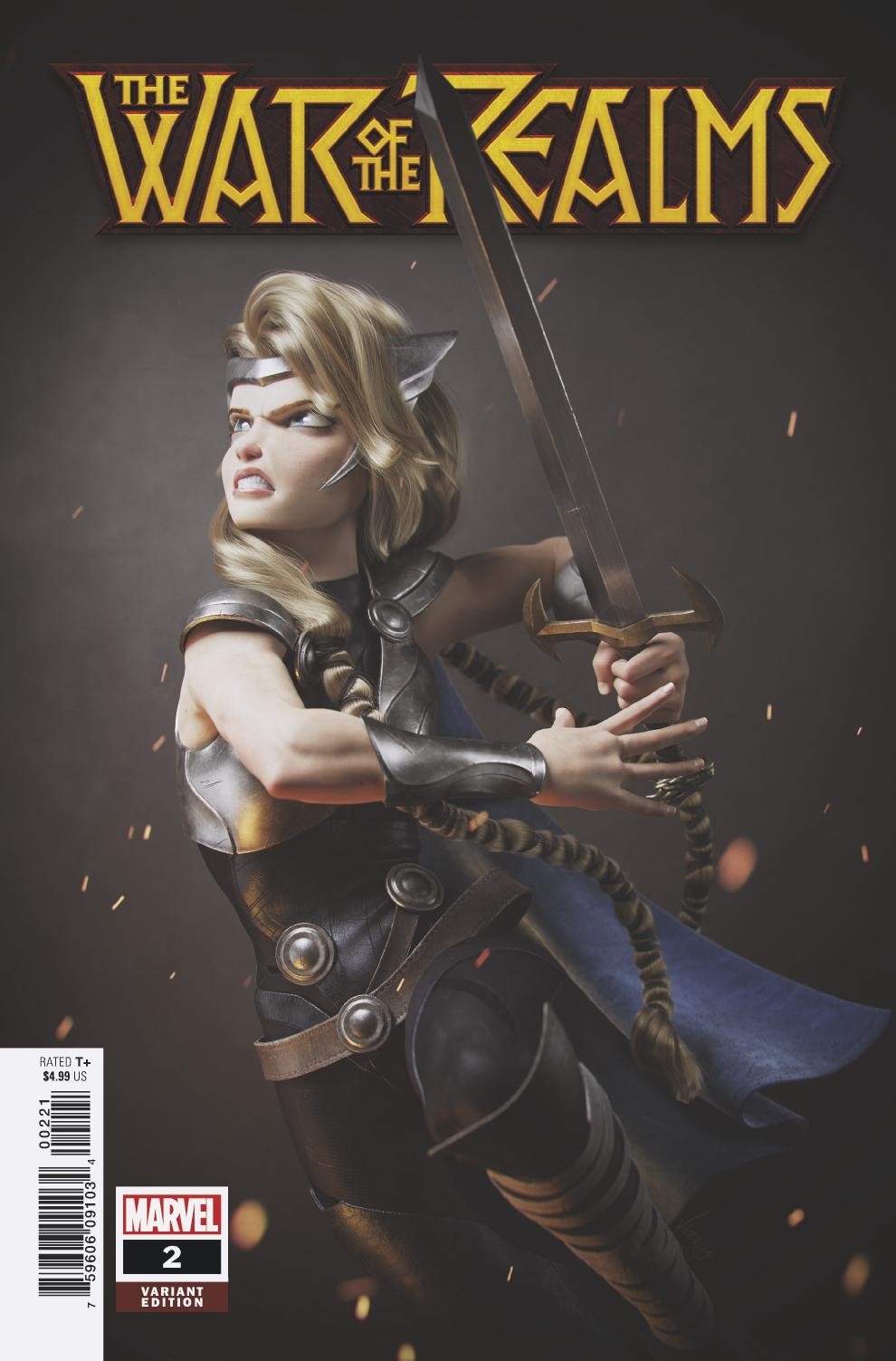 FEB190761
(W) Jason Aaron (A) Russell Dauterman (CA) Victor Hugo
The world at war! AS THE BATTLE FOR NEW YORK CITY CONTINUES, A HERO FALLS!
All the heroes of the Marvel Universe have assembled, yet this still might not be enough to stop Malekith's endless war. And the one hero who could turn the tide...is stranded where no one can reach him. With Thor trapped in the land of the Frost Giants and the forces of Earth overwhelmed, Black Panther, Jane Foster and Doctor Strange make a desperate gamble. Valhalla awaits...
Rated T+
In Shops: Apr 17, 2019
SRP: $4.99
View All Items In This Series