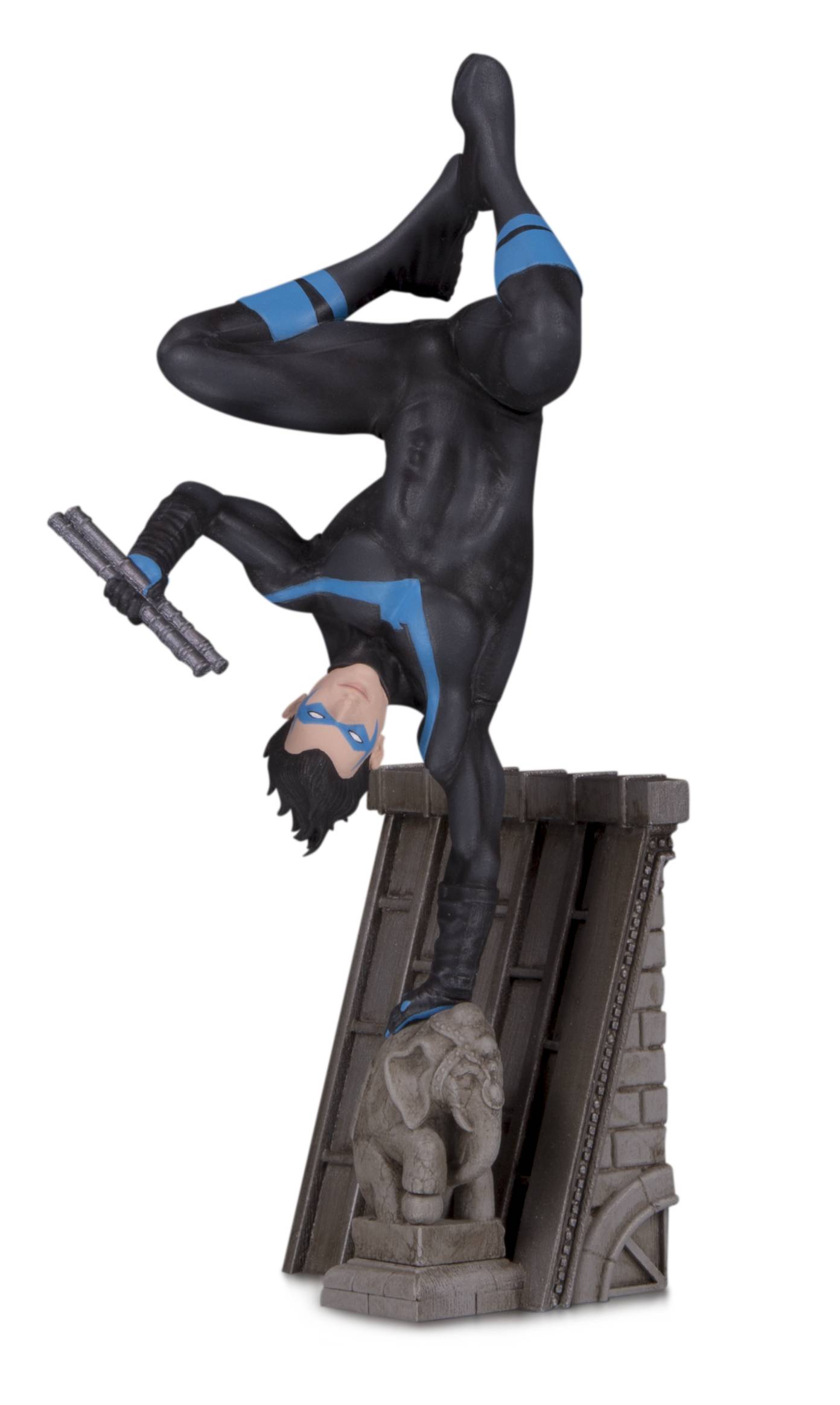 # #
FEB190621
Following the success of the Teen Titans multi-part statue, DC Collectibles is back with a new line of combinable statues, this time featuring the Bat-Family! This new set features five statues that can be posed individually or combined into a massive showpiece.
The latest release of the Bat-Family is Nightwing, the former Robin and current protector of Blu dhaven. His acrobatic origins are on full display as he surveils the city from a one-armed handstand and with his trusted Escrima sticks in his free hand. This carefully crafted polyresin statue is balanced to stand out either on its own or as part of the Bat-Family when connected with the other statues of the collection.
•  Statue measures approximately 6.81" tall
•  Allocations may occur
In Shops: Aug 14, 2019
SRP: $80.00