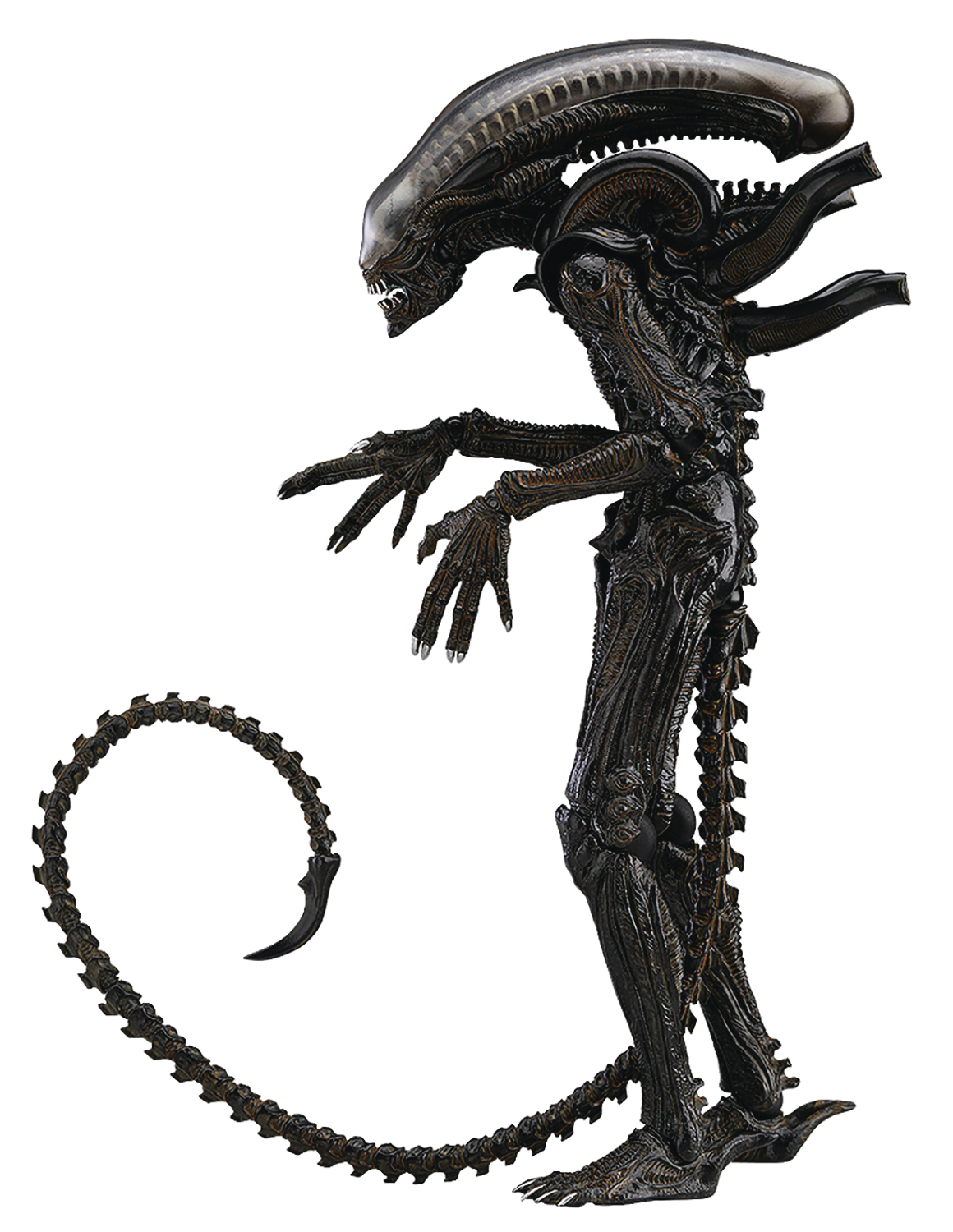 FEB188675
From MAX Factory. A figma action figure of Alien by Takayuki Takeya! From the classic sci-fi horror movie Alien comes a figma action figure of an Alien specially designed by sculptor Takayuki Takeya! The smooth yet posable figma joints allow you to act out a variety of different scenes. A flexible plastic is used in specific areas, allowing proportions to be kept without compromising posability. The lower jaw can be opened allowing the iconic inner mouth of the Alien to be extended outward. A Facehugger is included as an accessory. It includes both a straight and rounded tail to switch between. The Alien's tail features articulation at the base as well as at two points along the tail allowing for various poses. A post card featuring Takayuki Takeya's original design illustration is included with the figure along with an articulated figma stand.