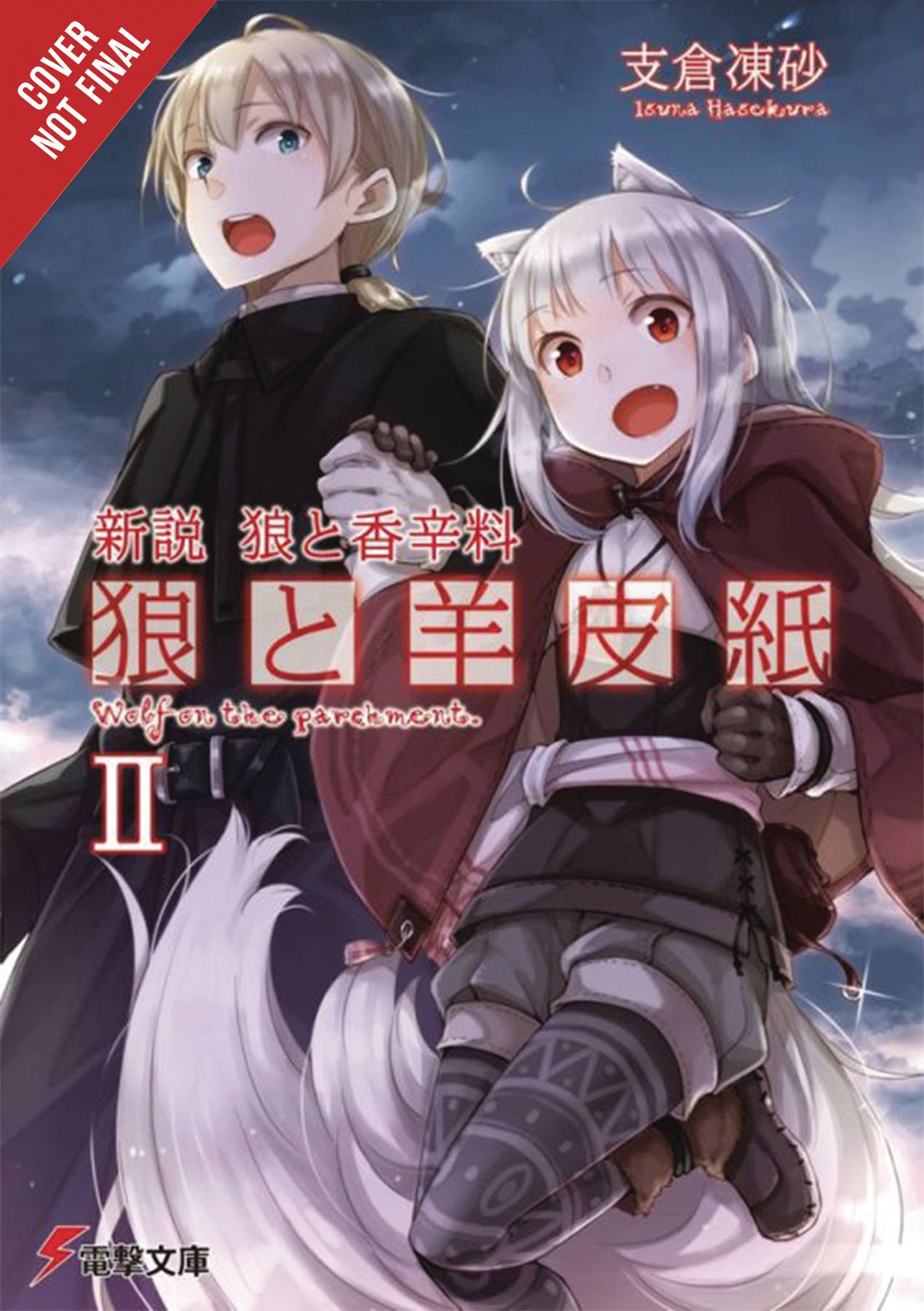 #
FEB181982
(W) Isuna Hasekura (A/CA) Isuna Hasekura
The follow-up story to one of Yen Press's best-selling novel series! This time parchment meets wolf! The young man Col and the daughter of the Wisewolf, Myuri, survived the scripture riots in the port town of Atiph. Col spends intense days being pined for after Myuri tells him about her love. Meanwhile, Heir Hyland commissions them for another next job. In the coming war with the Church's forces, control over the strait between the Kingdom of Winfiel and the mainland will play a crucial role. While Myuri is excited for a new adventure, Col cannot hide his unease after hearing about potential heresy among certain pirates for their faith in the 'Black-Mother'!
In Shops: Apr 25, 2018
SRP: $14.00
View All Items In This Series
ORDER SUBSCRIBE WISH LIST