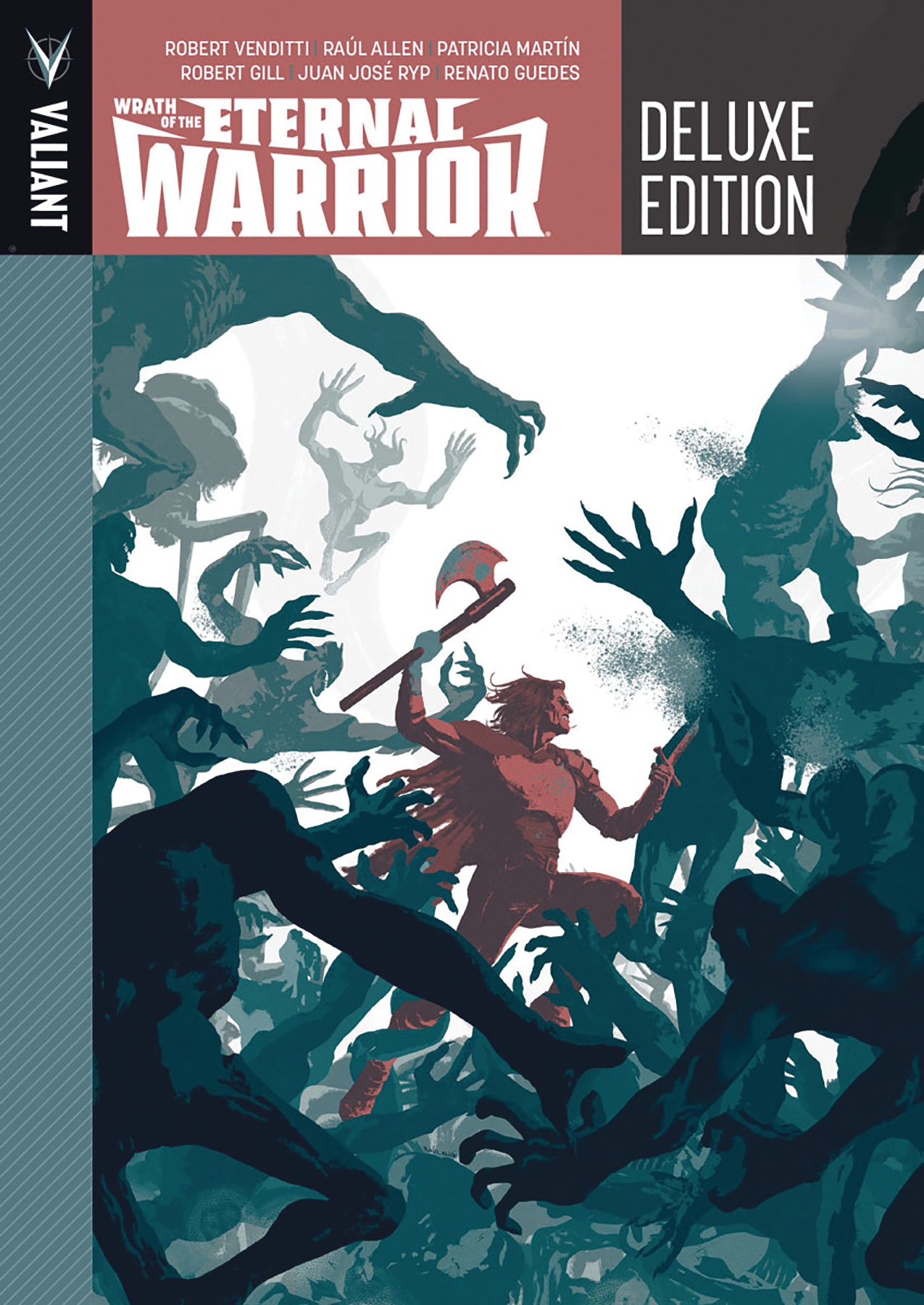 FEB181914
(W) Robert Venditti (A) Patricia Martin, Juan Jose Ryp, Robert Gill, Michael Spicer, Renato Guedes (A/CA) Raul Allen
New York Times best-selling writer Robert Venditti (BOOK OF DEATH, X-O MANOWAR) joins the Harvey Award nominated team of Ra l Allén & Patricia Mart n (SECRET WEAPONS), and a cast of Valiant all-stars including Robert Gill (X-O MANOWAR), and Juan José Ryp (BRITANNIA) for the deluxe, oversized hardcover of the multiple Harvey Award nominated series IGN calls "a stunning vortex of blood and steel." For five millennia, the Eternal Warrior has shaped history at the end of his sword. He's razed empires, toppled civilizations, and broken armies as an immortal soldier in service to the Earth. But now, the Eternal Warrior has been torn from the world he once protected and finds himself stranded in a hostile alien landscape unlike any he's faced before. Separated from his earthly environs, can history's deadliest soldier survive a realm far older, far deadlier, and far more ruinous than anything he's ever encountered. Beyond Earth lies eternity...
Collecting Wrath of the Eternal Warrior #1-14 and Eternal Warrior: Awakening #1, along with over 20 pages of rarely seen extras, including designs, process art, sketches and more!
In Shops: May 09, 2018
SRP: $49.99
ORDER WISH LIST