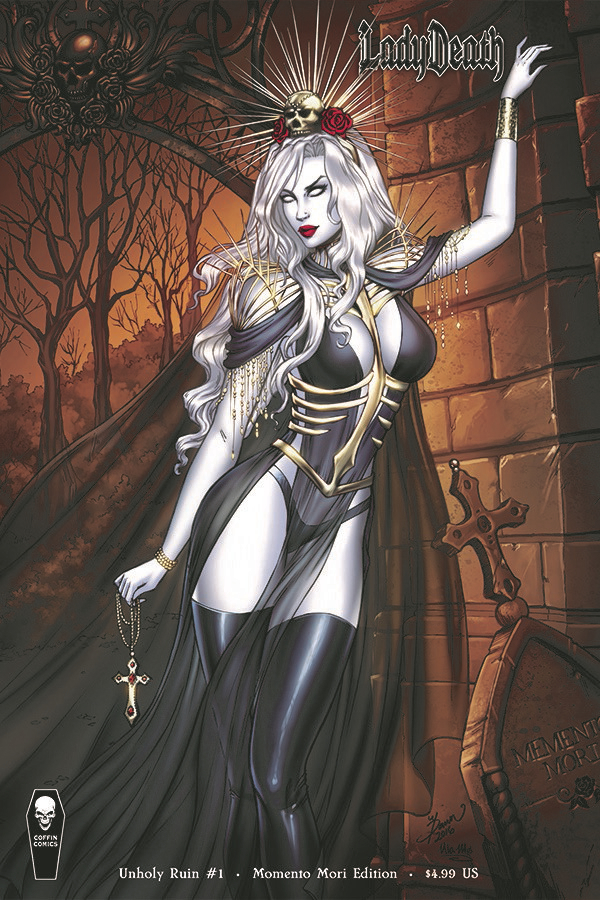 FEB181337
(W) Brian Pulido, Mike MacLean (A) Dheeraj Verma (CA) Dawn McTeigue
New Story! New Format! News that her beloved mother Marion is being held captive leads Lady Death straight into Gore Galore, a horrific, twisted reality show televised throughout Hell that pits the diva of death against hordes of cannibal serial killers, supernatural slashers, even former allies. It's a suicide trap masterminded by the Hellbourne Elders to wipe Lady Death off the face of Hell! Can Lady Death prevail and be reunited with her mother? Meanwhile, Hellwitch and her Hellbourne army descend to exact revenge! Featuring the return of a beloved character, the introduction of Mr. Atticus Marrow and re-introducing War Angel!
In Shops: Apr 25, 2018
SRP: $4.99
View All Items In This Series
ORDER SUBSCRIBE WISH LIST