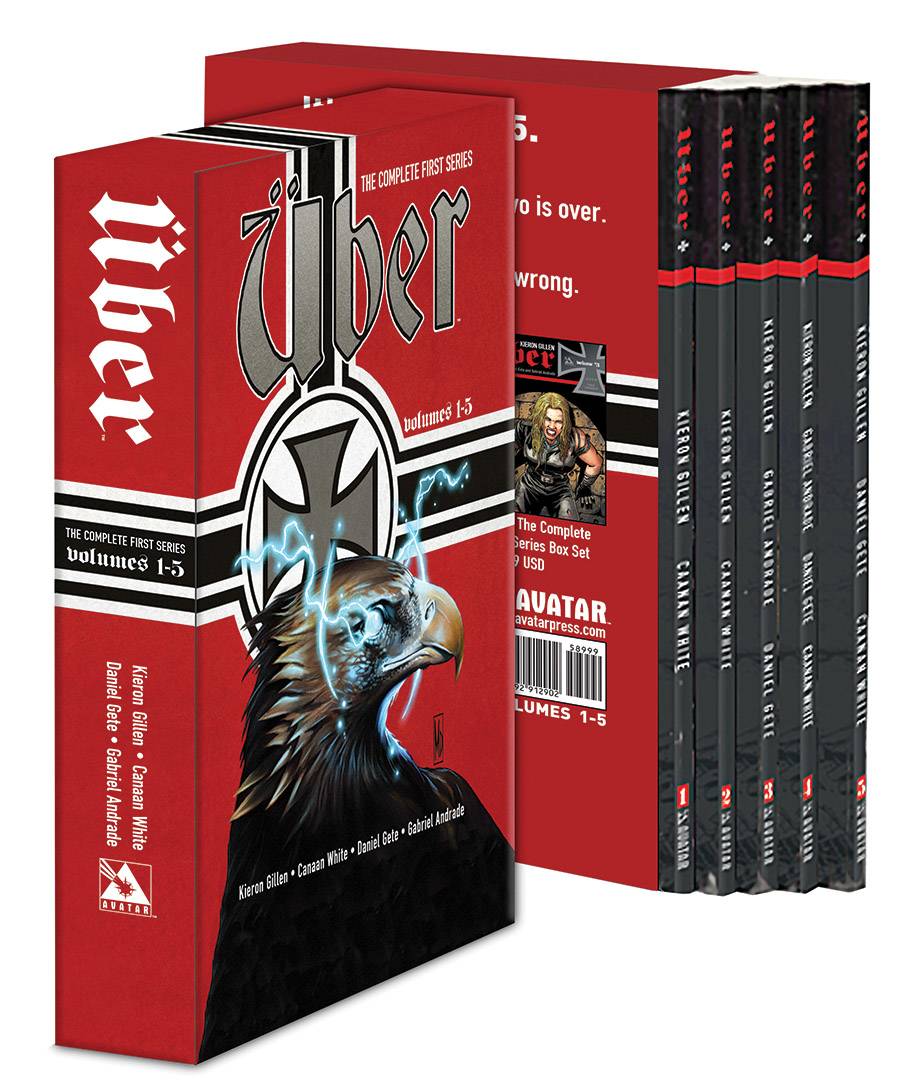 #
FEB181146
(W) Kieron Gillen (A) Daniel Gete, Canaan White, Gabriel Andrade
The five volumes of collections making up the entire first series of Uber, Kieron Gillen's breakout hit reinvention of the alternative history genre, is now available now in a handsome slipcase set!  April 24, 1945, the world holds its breath as the war is only days away from ending.  Russian troops move through Germany to the final objective... Hitler himself.  As those around the mad dictator crumble, the much ridiculed threats of the "Wunderwafen" finally materialize.  A new weapon is delivered, one with unstoppable power - a weapon like no other and with a madman pulling the trigger.  The Ubers change the direction of World War II providing a dark and uncompromising alternative history in a way that you've never seen.   This Slipcase Set contains the collected Uber Volumes 1,2,3,4 and 5.
In Shops: May 23, 2018
SRP: $89.99
ORDER WISH LIST