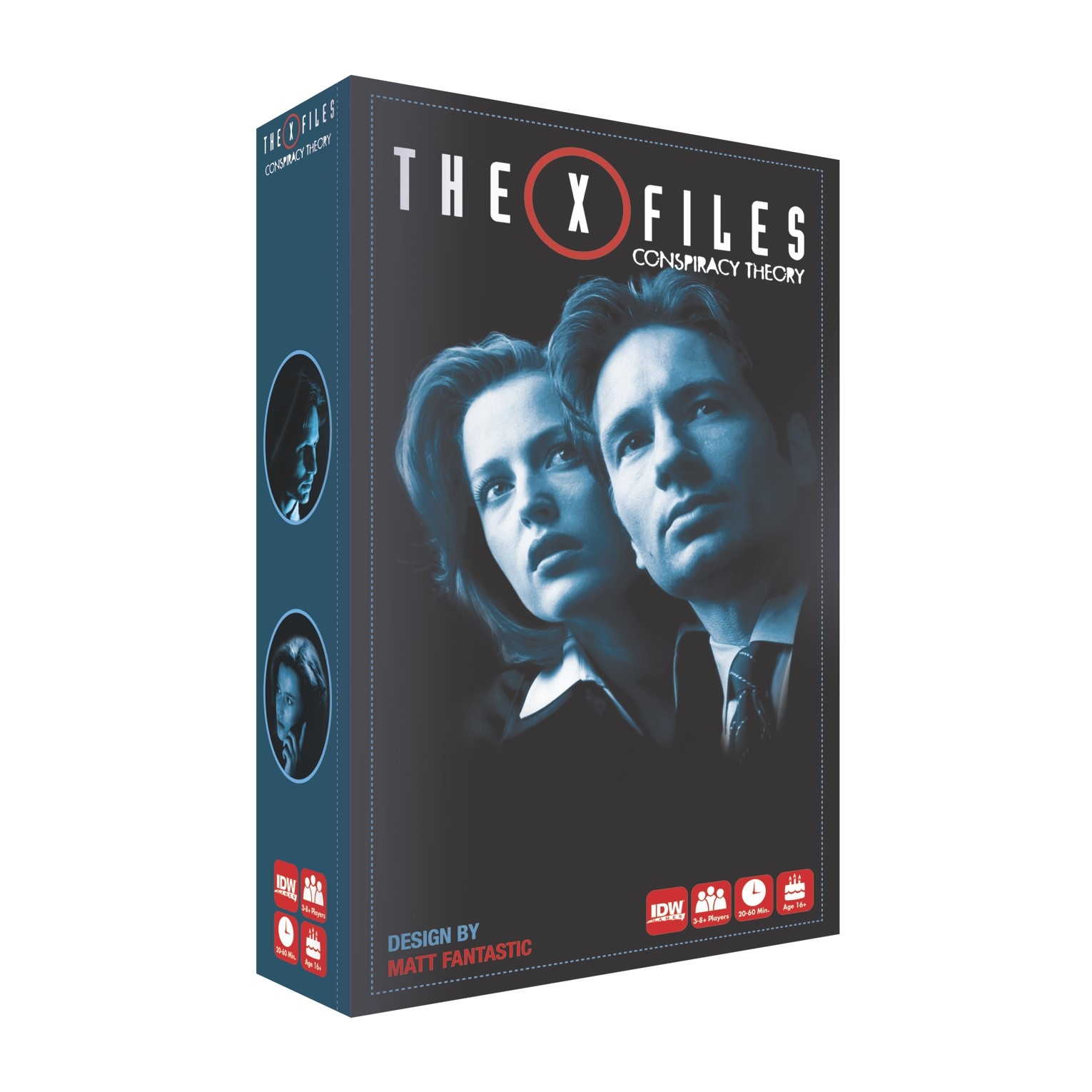 FEB180491
"What exactly happened out there, agent?" After another truly unbelievable case comes to an end, Agent Fox Mulder finds himself in a familiar seat-directly across from his superiors at the FBI. While Agent Scully urged him tell a story that the panel would accept, Mulder's need to believe is just too great.

In The X-Files: Conspiracy Theory-Everything Is Connected players take turns as Fox Mulder, as he uses the provided clues to explain his conspiracy theory to his FBI superiors. But reputation is everything at the FBI, and Mulder's superiors are more interested in voting with the room rather than their gut. Mulder weaves together the conspiracy, and the superiors must deduce the way the rest of the room will vote... because the only thing worse than being an outlier, is being a conspiracy theorist like Fox Mulder.
In Shops: Apr 11, 2018
SRP: $39.99