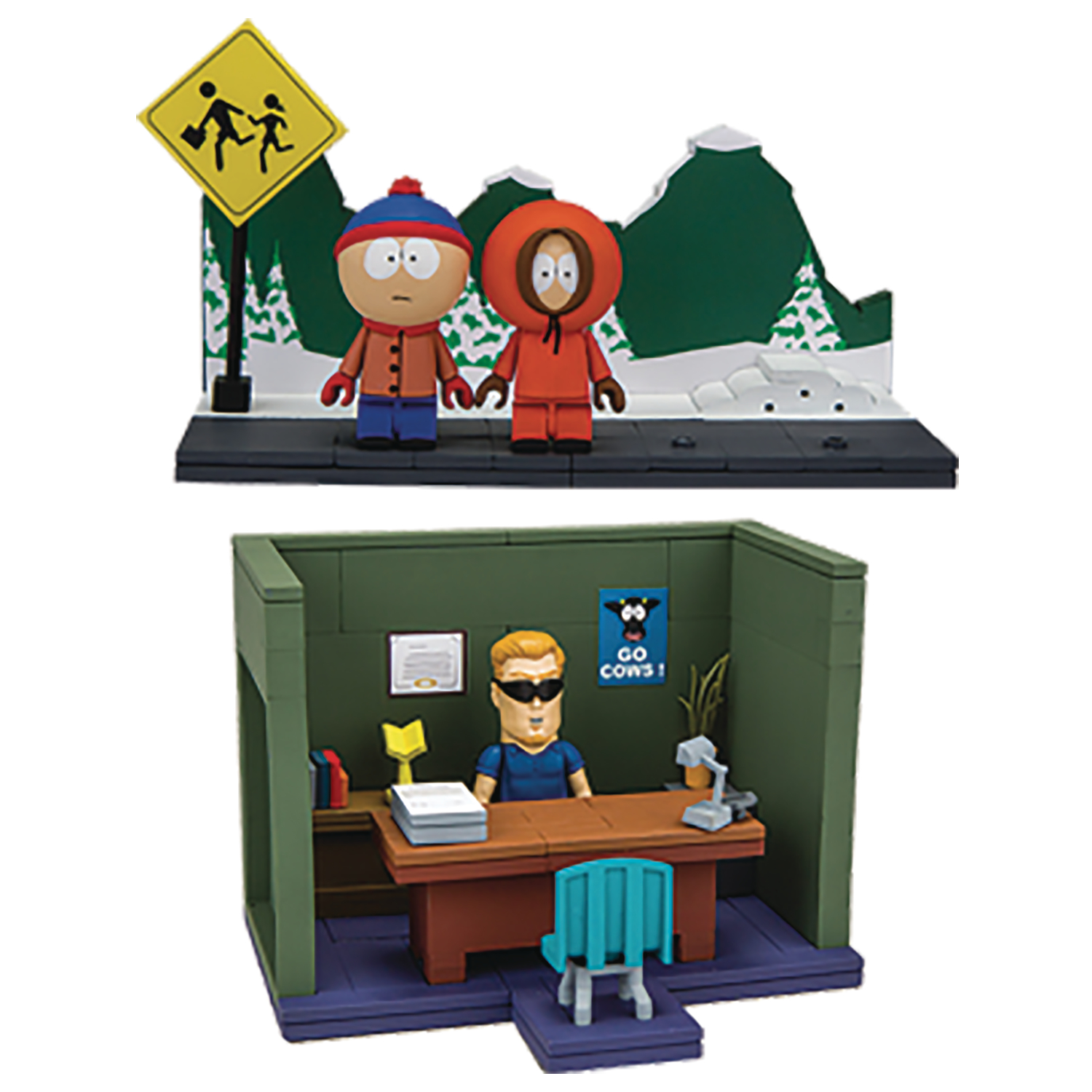 FEB178837
From McFarlane Toys. After 20 seasons, South Park has remained one of the highest rated and critically acclaimed series in the history of television. Following the insane adventures of four young boys in the quiet mountain town of South Park, Colorado. McFarlane Toys is bringing a revolutionary evolution in brick building toys that allows collectors and fans to literally build their favorite scenes with these highly detailed and realistic construction line. Each set brings immaculate detail, iconic environments, and convincing sculpts, all at an unpredicted size. Add multiple characters to your scenes, combine builds, or just enjoy your awesome creations on its own.