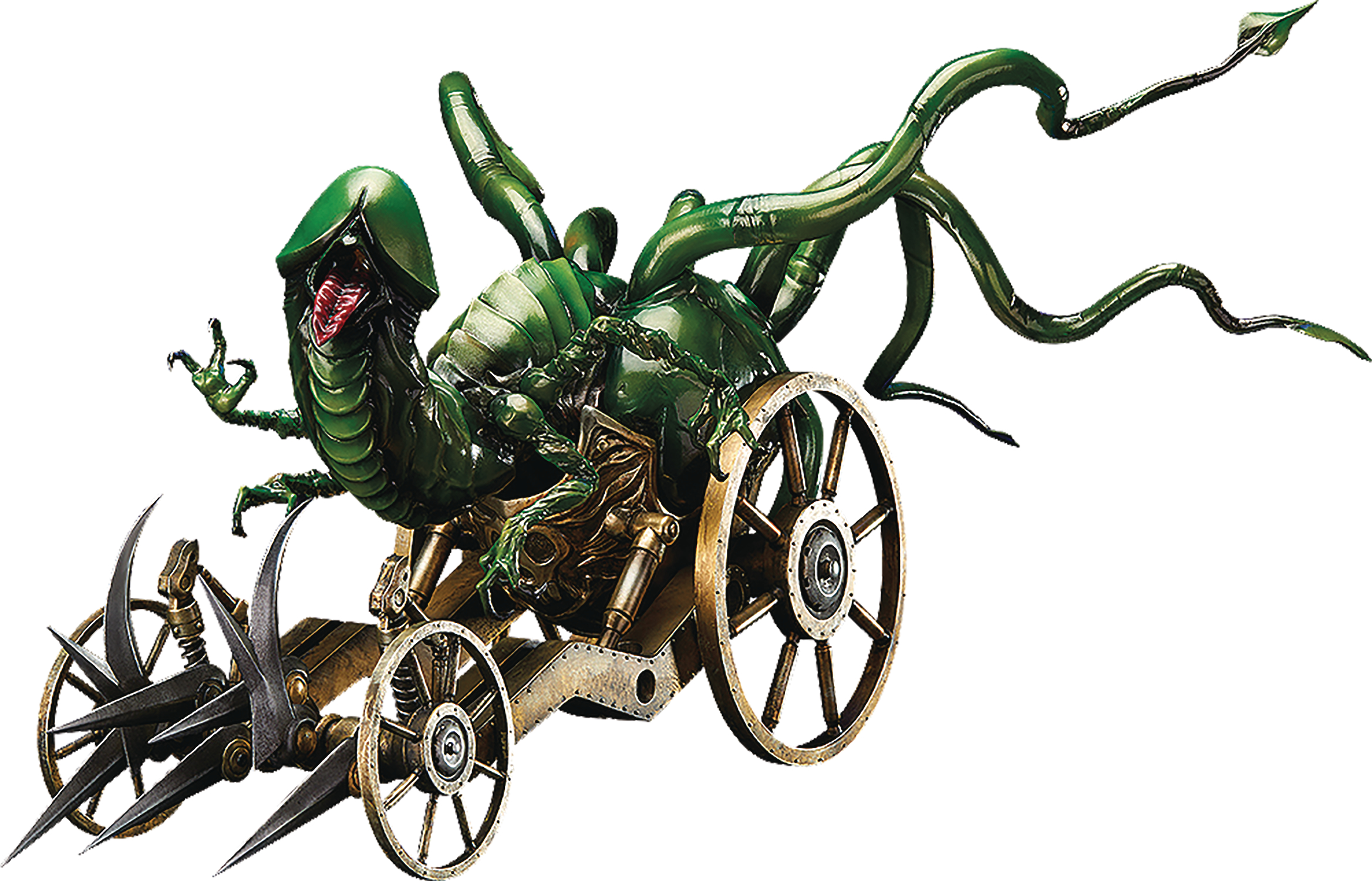 FEB178569
From FREEing. From the RPG series first released in 1992, now celebrating its 25th-anniversary Shin Megami Tensei comes a long-awaited figure of the Demon Lord Mara! The creation of the figure has been carefully supervised by "Demon Artist" Kazuma Kaneko to create a faithful rendition of the demon lord that extends an impressive 40cm in length. The tentacle parts of the figure are made from a flexible material allowing you to bend them into various different poses, and the wheels of the chariot as well as the blades in the front are also all articulated for various different display options.