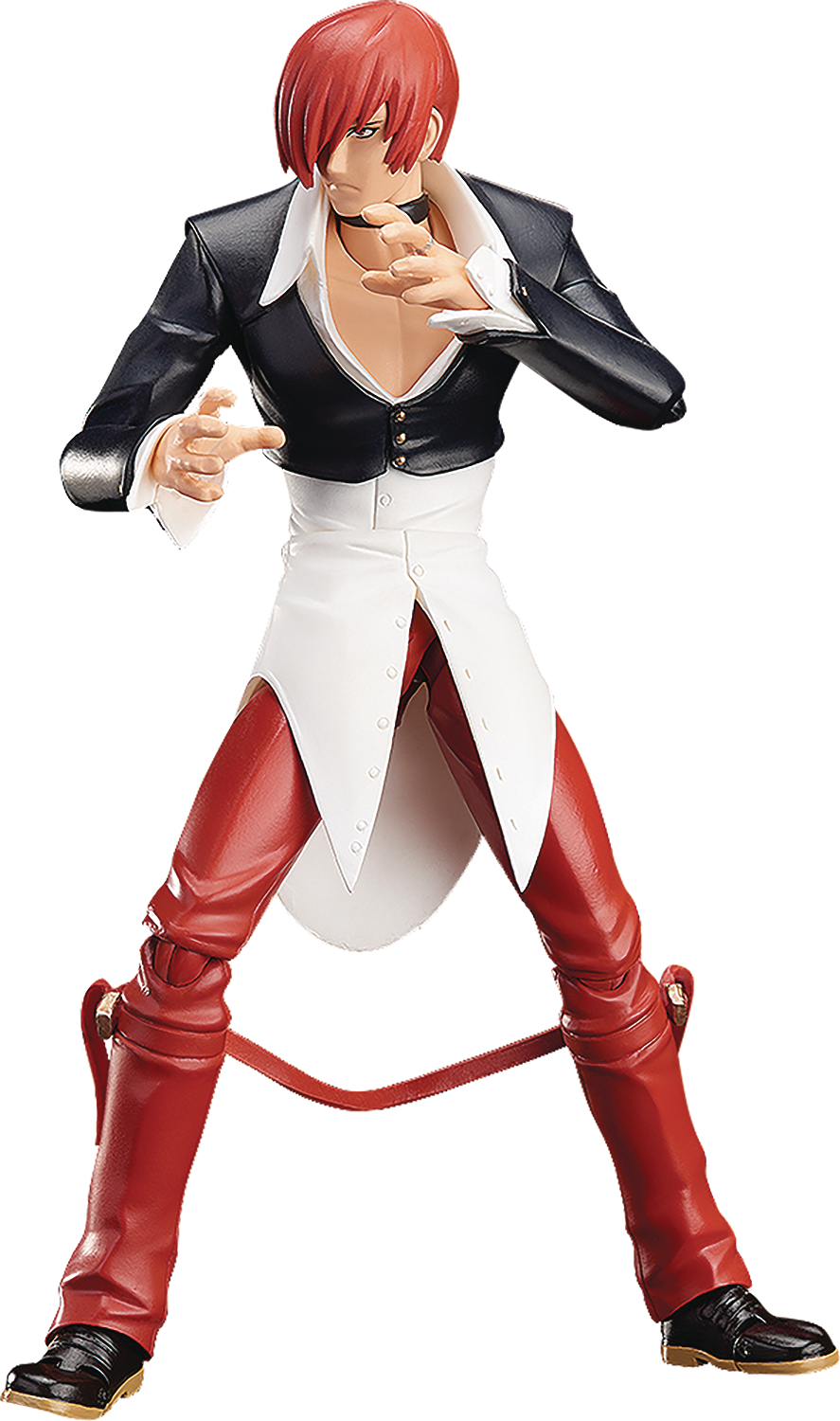 FEB178506
From Good Smile. From the popular fighting game series King of Fighters comes Figma figures from one of most popular games in the series: King of Fighters '98 Ultimate Match! The second character to join the series is one of the main characters of the Orochi Saga, figma Iori Yagami! Using the smooth yet posable joints of figma, you can act out a variety of different scenes! Iori comes with both a cool and composed standard expression, as well as a shouting expression for combat scenes. Additional optional parts include effect parts to recreate "180 Shiki: Yamibarai", "100 Shiki: Oniyaki" and "311 Shiki: Tsumagushi" moves, as well as flame effects to place on his palm. Articulated figma stand is included, which allows various poses to be taken.