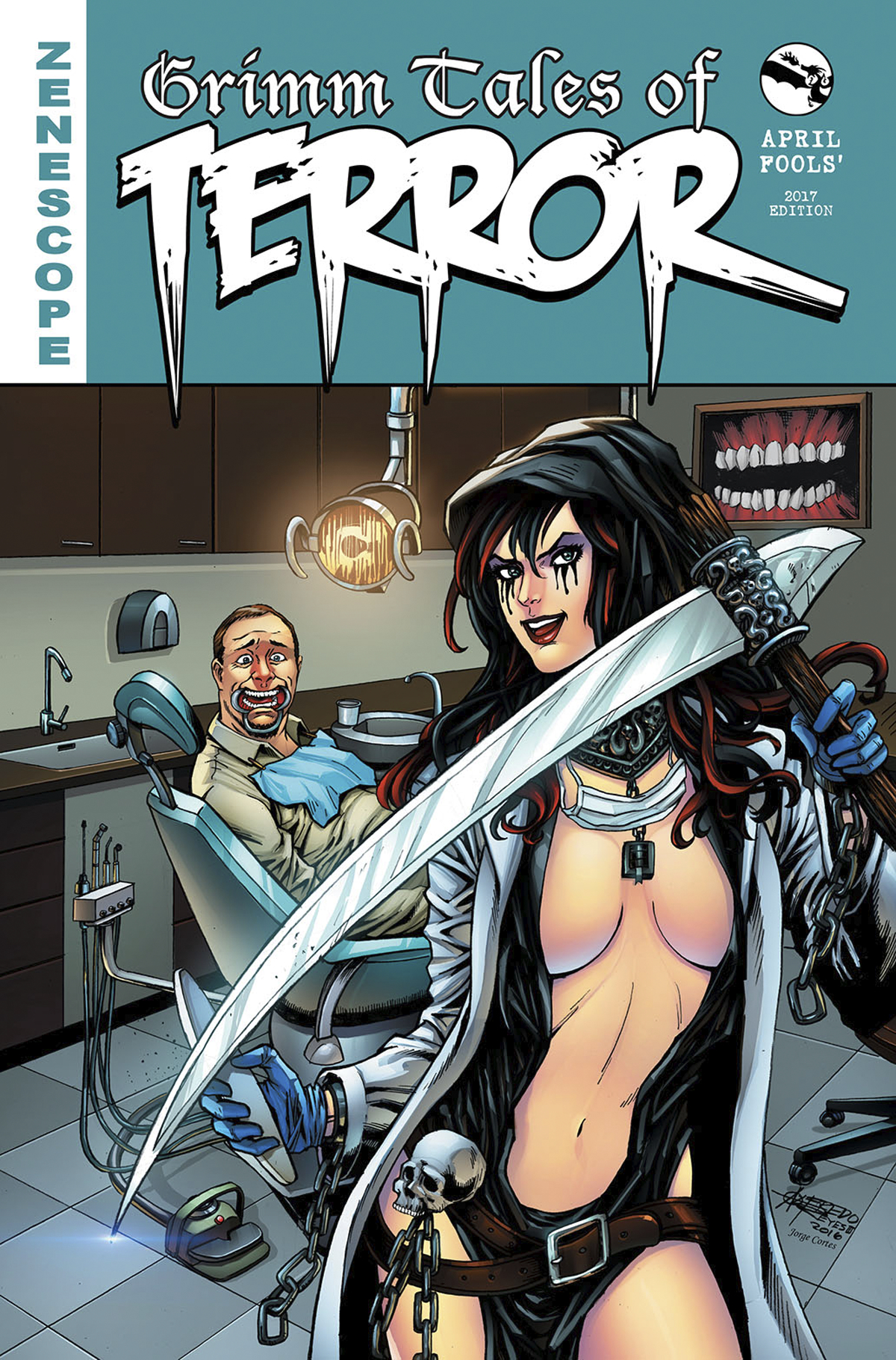 FEB172159
(W) Joe Brusha, Ralph Tedesco, Dave Franchini (CA) Alfredo Reyes
The high class, comedy stylings of Zenescope Entertainment returns this April for another edition in the long awaited, first ever, sought after by at least eight people, 2017 Tales of Terror April Fool's Edition.
Four Tales of Terror stories are re-lettered with alternate story-lines and some alternate artwork to create brand new takes on past issues that will have you laughing out loud, or sobbing into a pillow, however you express joy, is not judged here, as all seriousness is left at the door in this hilarious edition of tales, from Monster Under the Bed, to Bloody Mary, as Tales of Terror, gets the Mystery Science Theater 3000 treatment!
In Shops: Apr 05, 2017
SRP: $5.99
View All Items In This Series
ORDER WISH LIST