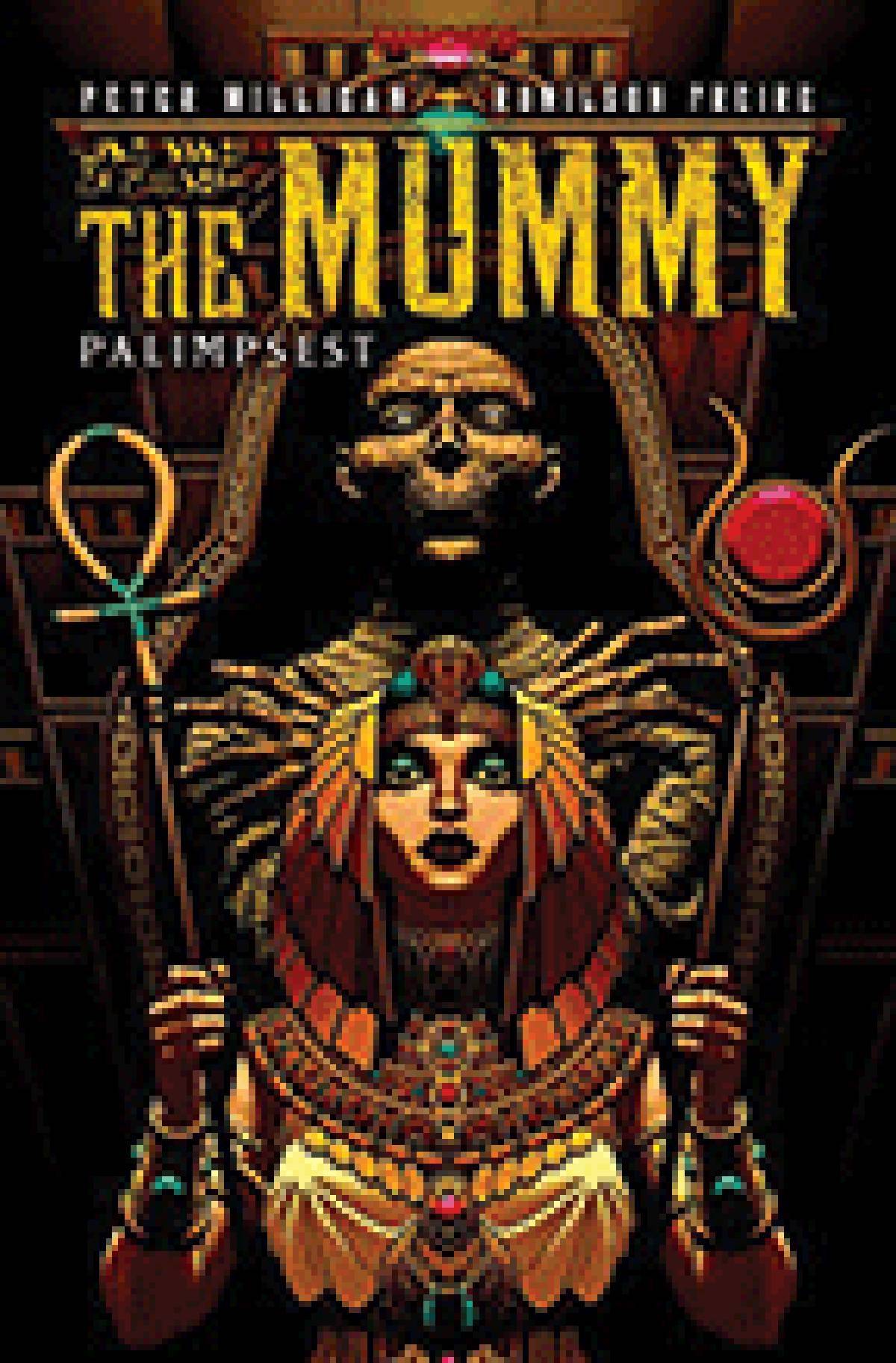 #
FEB171950
(W) Peter Milligan (A) Ronilson Freire
Once every 34 years, members of the sinister Sect of Anubis gather to drink the blood of a human sacrifice, used as a vessel to contain the imprisoned spirit of a long dead Egyptian High Priestess called, Nebetah, thereby gaining immortality. As the time draws near for the next sacrifice, the Sect's chosen victim, a young Ukranian woman called Angel, has already begun to transform into Nebetah. It is a process that will see the young woman transformed into a rotting mummy as the spirit of Nebetah consumes her soul. However, there exists an ultra secret society, called the Pyramid Club, who are dedicated to eradicating the evil of the Sect. At the height of the ritual the club attack the secret head quarters of the Sect and in the confusion Angel escapes into the streets of London, half consumed by the soul of Nebetah. Forced to accept the help of Duncan, a young rising agent for the Pyramid Club society, the two of them must team up and take the fight back to the Sect of Anubis before the sands of time run out and the failed ritual claims the lives of everyone!
In Shops: Jun 28, 2017
SRP: $19.99
View All Items In This Series