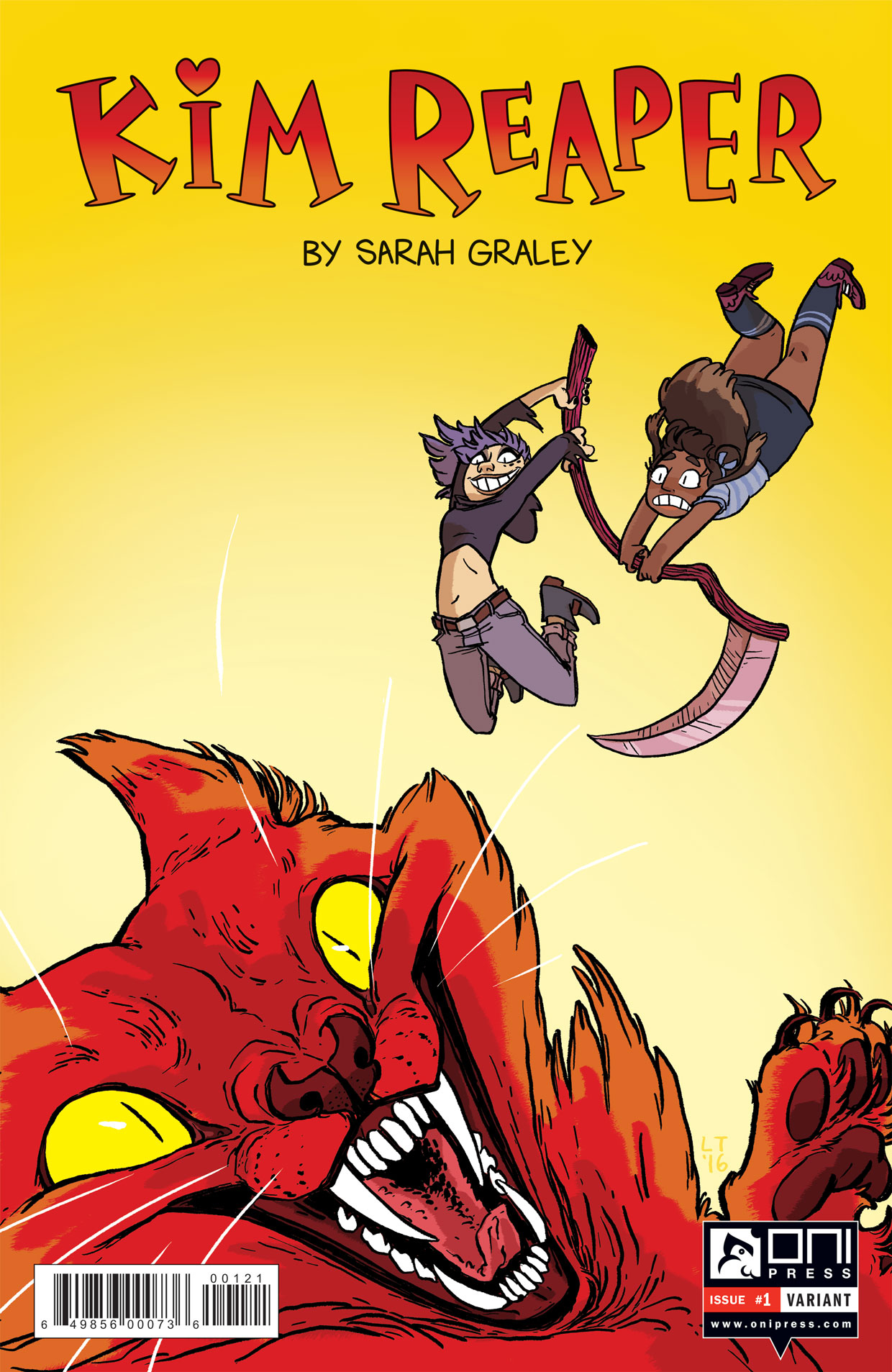 FEB171812
(W) Sarah Graley (A) Sarah Graley (CA) Lissa Treiman
Like most university students, Kim works a part-time job to make ends meet. UNLIKE most university students, Kim's job is pretty dang cool: she's a grim reaper, tasked with guiding souls into the afterlife. Like most university students, Becka has a super intense unrequited crush. UNLIKE most university students, Becka's crush is on a beautiful gothic angel that frequents the underworld. Of course, she doesn't know that. Unaware of the ghoulish drama she's about to step into, Becka finally gathers up the courage to ask Kim on a date! But when she falls into a ghostly portal and interrupts Kim at her job, she sets off a chain of events that will pit the two of them against angry cat-dads, vengeful zombies, and perhaps even the underworld itself. But if they work together, they just might make it... and maybe even get a kiss in the bargain.
In Shops: Apr 05, 2017
SRP: $3.99
View All Items In This Series