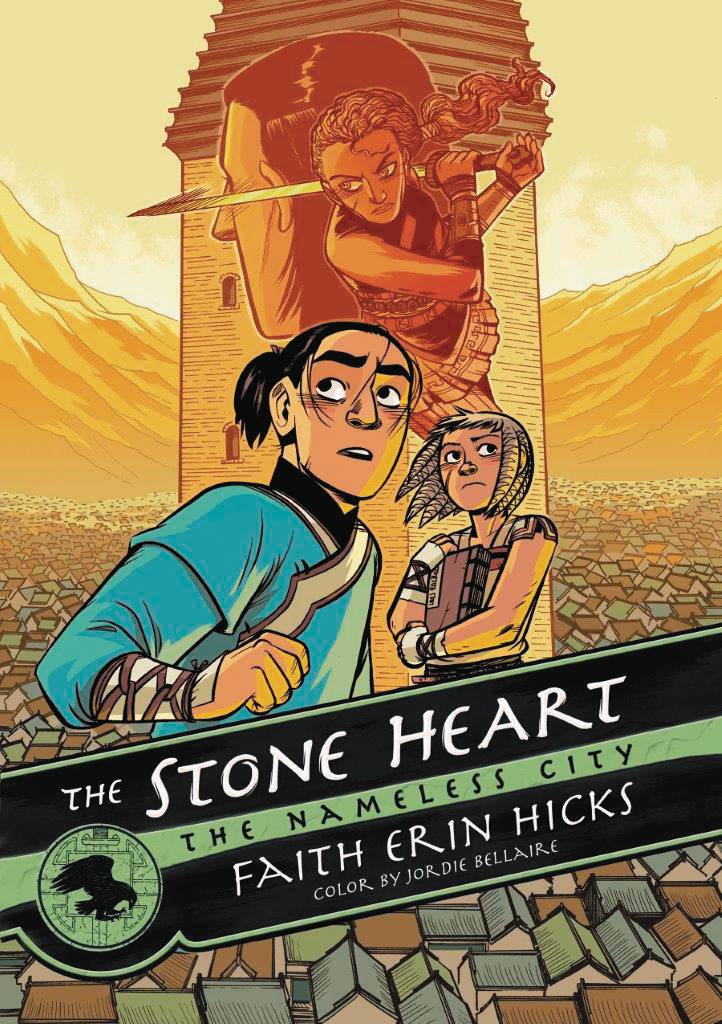 #
FEB171663
(W) Faith Erin Hicks (A/CA) Faith Erin Hicks
Kaidu and Rat have only just recovered from the assassination attempt on the General of All Blades when more chaos breaks loose in the Nameless City: deep conflicts within the Dao nation are making it impossible to find a political solution for the disputed territory of the City itself. To complicate things further, Kaidu is fairly certain he's stumbled on a formula for the lost weapon of the mysterious founders of the City. But sharing it with the Dao military would be a complete betrayal of his friendship with Rat. Can Kai find the right solution before the Dao find themselves at war? Available in Softcover and Hardcover editions.
In Shops: Apr 05, 2017
SRP: $14.99
View All Items In This Series
ORDER SUBSCRIBE WISH LIST