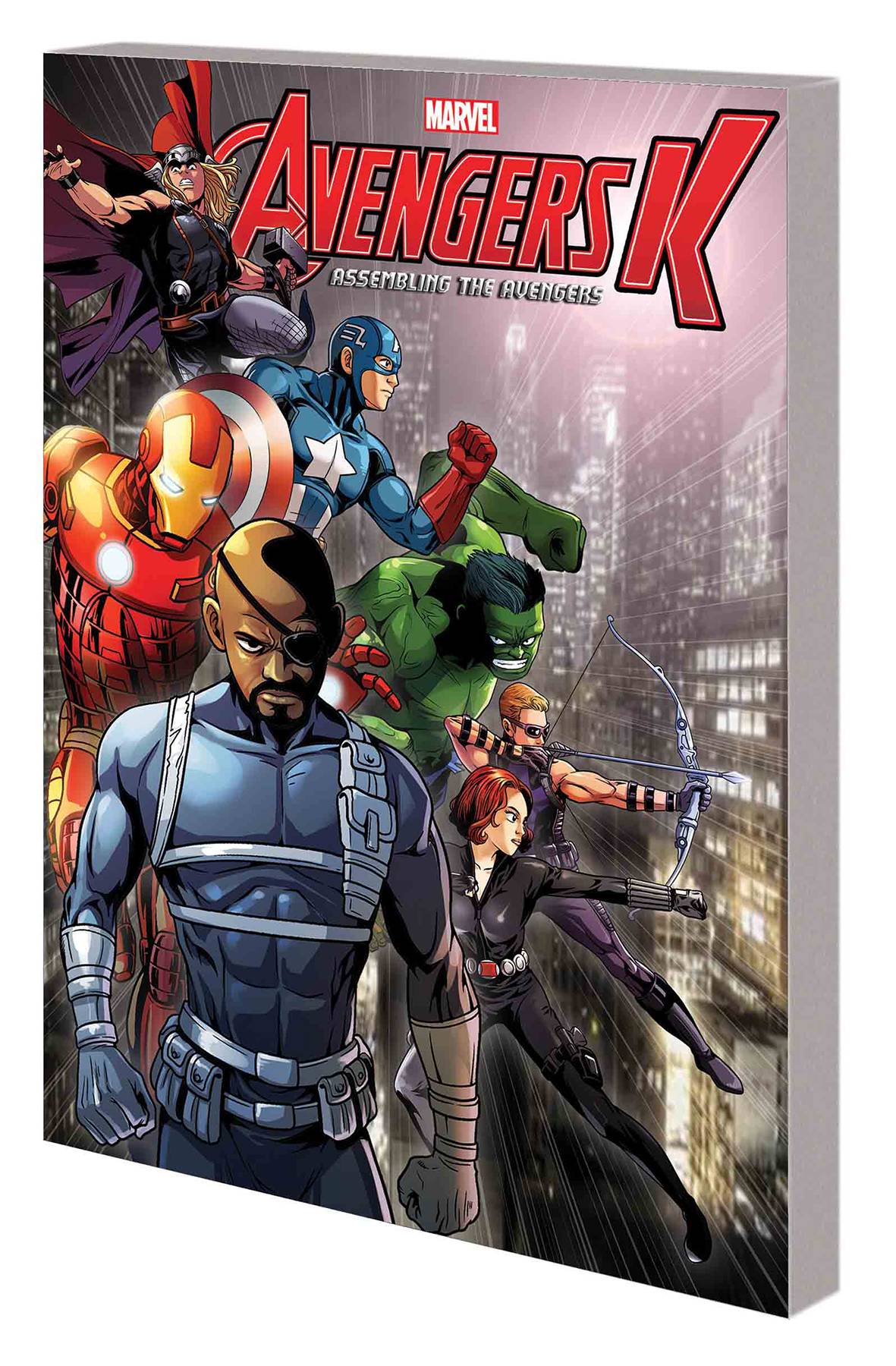 #
FEB171001
(W) Various (A) Various (CA) Woo Bin Choi, Jae Lee
The Avengers assemble - in brilliant manhwa format! Aided by amazing archer Hawkeye, S.H.I.E.L.D. Director Nick Fury searches for Captain America, who's been missing for 50 years. He assigns super-spy Natasha Romanoff to help Tony Stark fix the failing arc reactor in his chest - but she ends up entangled in Iron Man's fight with Whiplash! Black Widow's task doesn't stop there: When the Hulk goes on a rampage, it's up to her to calm him down! And in New Mexico, S.H.I.E.L.D. unearths an alien object - followed shortly by its owner! Can Thor recover his hammer in time to defeat the Destroyer?! Collected for the first time in English, leading Korean publisher Daewon C.I.'s original manhwa reimagines the Avengers' origin as Fury brings the heroes together for the first time!
Rated T+
In Shops: May 10, 2017
SRP: $24.99
View All Items In This Series
ORDER WISH LIST