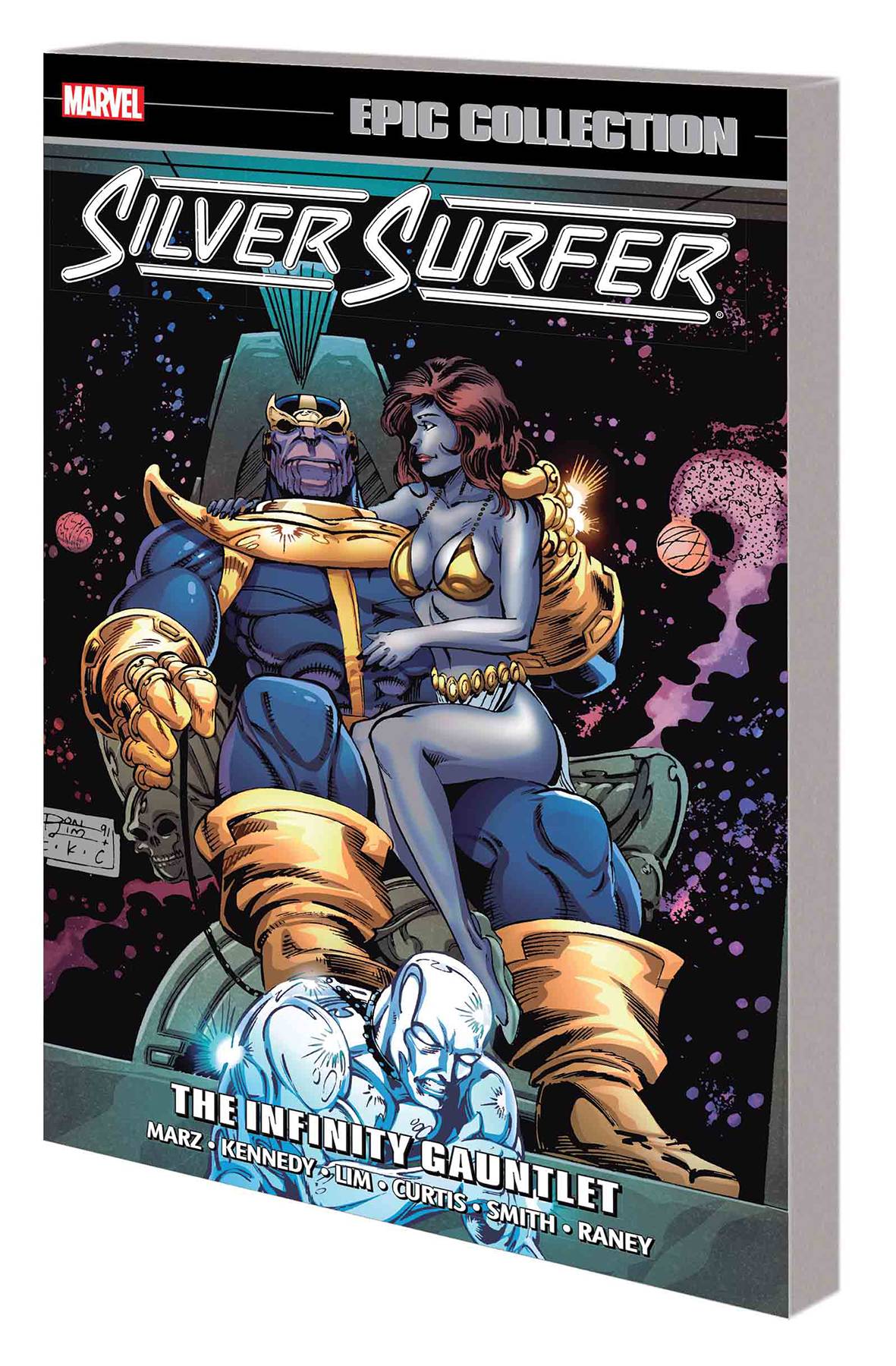 #
FEB171000
(W) Various (A) Various (CA) Ron Lim
To infinity and beyond! Follow the sentinel of the spaceways into a Marvel Universe-spanning cosmic extravaganza against the Mad Titan, Thanos - who wears the Infinity Gauntlet! Drax battles Firelord, the Surfer fights the Rhino, and Thanos forces Norrin to get introspective! But is this dimension big enough for the ultimate duel between the Silver Surfer and the Mad Titan? When the dust settles on Earth, the Surfer heads back into space, only to face Midnight, the Inhumans and the Collector! But how will that lead to him coming face-to-face with...Captain Mar-Vell?! Plus: The Surfer battles the undead, joins Mister Fantastic on an emergency mission, and takes on the Guardians of the Galaxy in the 26th century! And Nova goes solo! Collecting SILVER SURFER (1987) #51-66 and ANNUAL #4, and material from MARVEL COMICS PRESENTS (1988) #69 and #93-97.
Rated T
In Shops: May 24, 2017
SRP: $34.99
ORDER WISH LIST