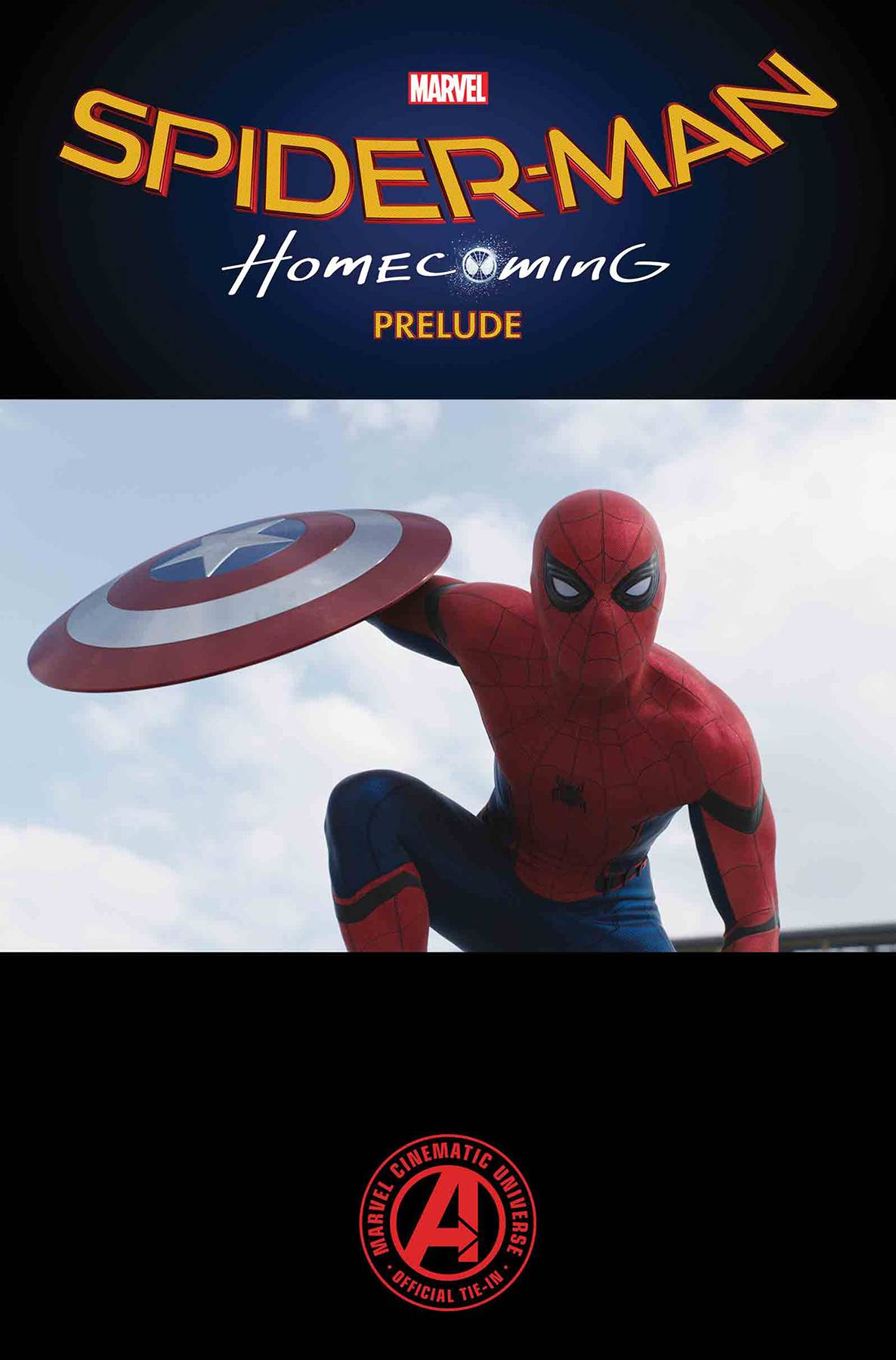 #
FEB170993
(W) Various (A/CA) Various
You adored his introduction in Marvel's Captain America: Civil War, you can't wait for his Hollywood Homecoming - now really get to know the Spider-Man of the Marvel Cinematic Universe! By day, Peter Parker attends high school and lives with May. By night, he fights crime with wall-crawling powers and web-swinging tech - and he's destined to one day have an amazing, spectacular, sensational reputation as his neighborhood's friendly hero! But first he must survive a war between Captain America and Iron Man that will split the Avengers! Join Spidey in his first tentative web-swings toward a blockbuster future! And it's all backed up by a classic tale featuring Spidey's first encounter with the high-flying Vulture, and a high-octane team-up with none other than Iron Man! Collecting MARVEL'S SPIDER-MAN: HOMECOMING PRELUDE #1-2, INVINCIBLE IRON MAN (2008) #7, AMAZING SPIDER-MAN (1963) #2 and more!
Rated T
In Shops: Jun 07, 2017
SRP: $14.99
ORDER WISH LIST