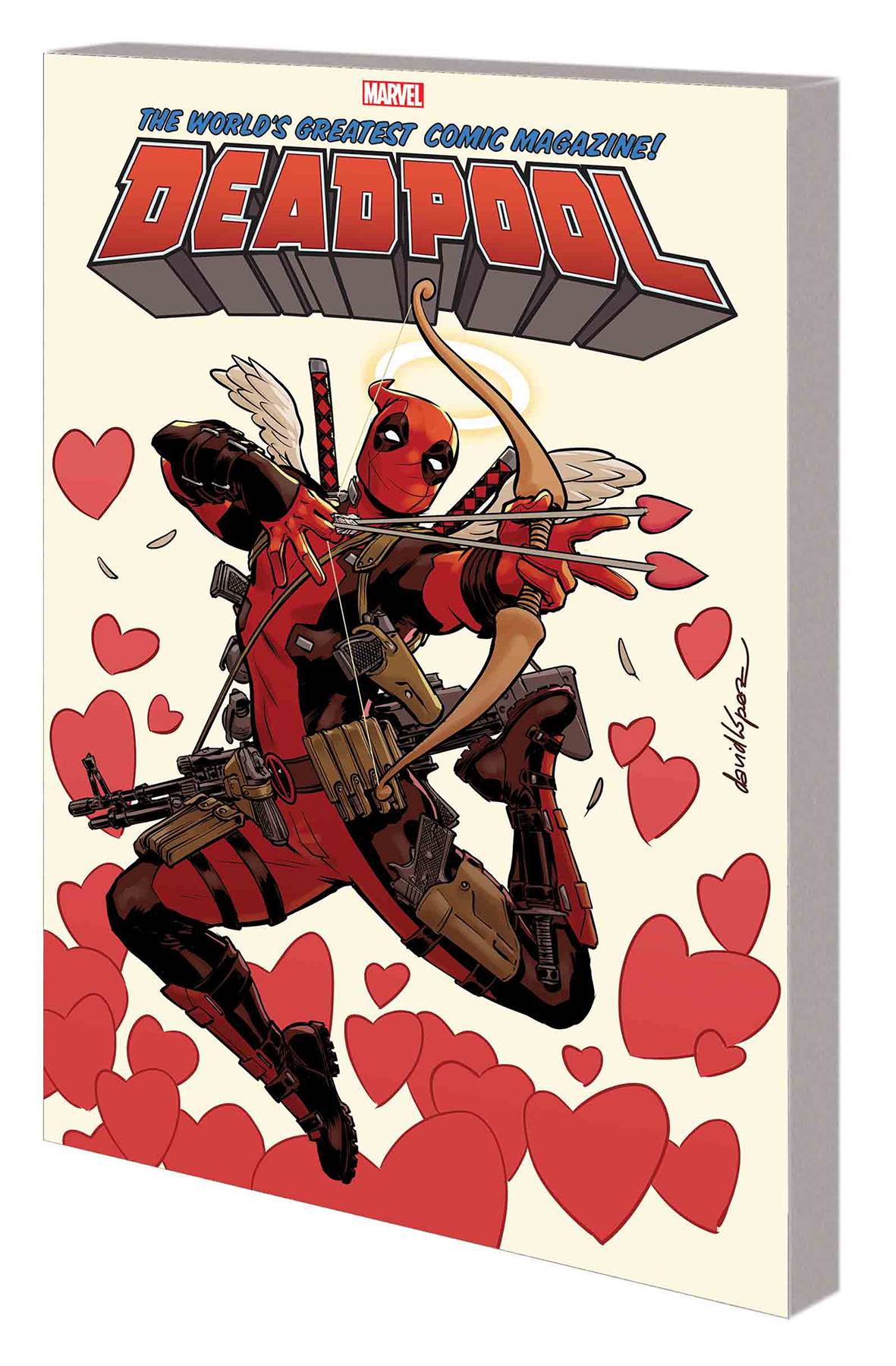 #
FEB170989
(W) Gerry Duggan, ian Doescher (A) Scott Hepburn, Bruno Oliveira (CA) David Lopez
All the world's a stage, and he's a major player! Forsooth, Deadpool will face a comedy of errors when he finds himself trapped in the works of William Shakespeare! Whether it turns out to be a midsummer night's dream, or much ado about nothing, it's sure to be Deadpool as you like it! Fingers crossed that all's well that ends well, so Wade can return to the tragedy that is his regular life in the Marvel Universe! Speaking of which, it's Valentine's season, love is in the air - and Deadpool's star-crossed romance with his demon wife Shiklah is more complicated than ever. That kind of thing is practically Shakespearean - as are characters who aren't all they seem. But that couldn't possibly be the case with Steve Rogers, Captain America - or could it? Collecting DEADPOOL (2015) #26-27 and material from #21.
Parental Advisory
In Shops: May 24, 2017
SRP: $15.99
View All Items In This Series
ORDER WISH LIST