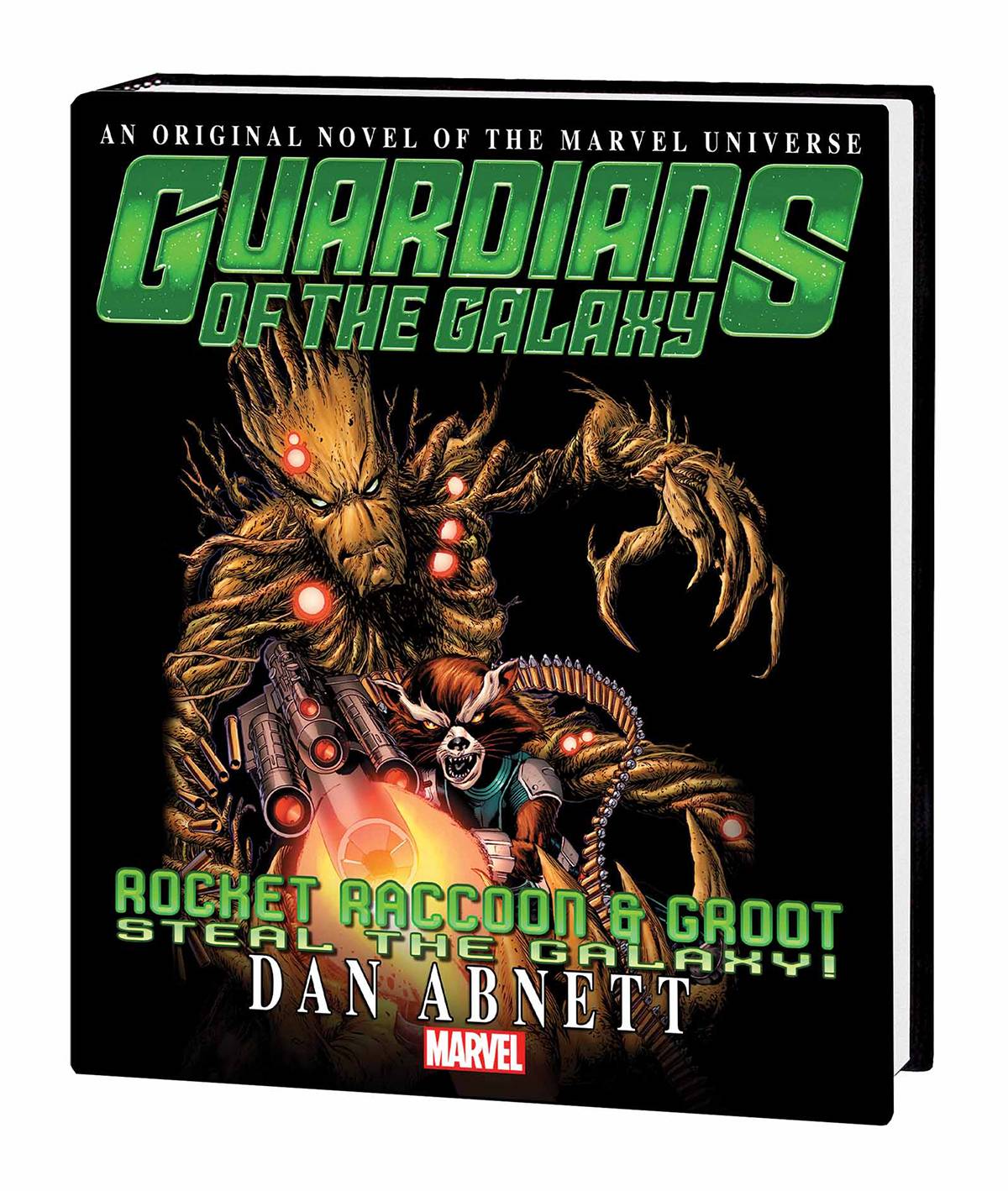 #
FEB170979
(W) Dan Abnett (A) Various (CA) Mike Perkins
Marvel's first original prose novel, featuring the stars of Guardians of the Galaxy! These are not the Avengers or the Fantastic Four - in fact, they're barely even famous - but Rocket Raccoon and the faithful Groot are the baddest heroes in the cosmos, and they're on the run across the Marvel Universe! During a spaceport brawl, the infamous pair rescues an android Recorder from a pack of alien Badoons. But everyone in the galaxy - including the ruthless Kree Empire and the stalwart Nova Corps - seems to want that Recorder, who's about as sane as a sandwich with no mustard. Join Rocket, Groot and a surprise Guardians teammate on a free-for-all across the stars while they try to save all of existence - again!
In Shops: May 10, 2017
SRP: $8.99